ALLISON SCHRAGER: How US business masters are losing their faith in capitalism

Students at US business schools are sceptical out of concern for inequality and market power, but do not support socialism 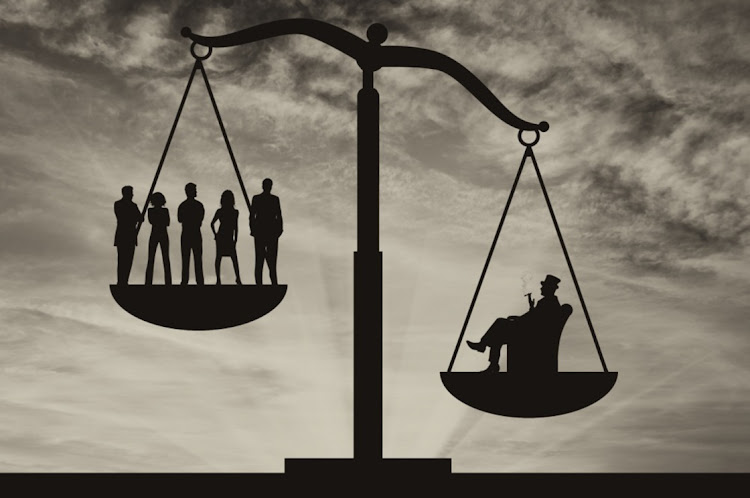 You might expect to find sceptics of capitalism in sociology or anthropology departments — and let’s be honest, capitalism does not have so many fans lately. But you would think the basis for the great US economic system could at least count on the endorsement of business students.

As one recent recipient of a Masters in Business Administration put it, getting an MBA should be “the purest expression of capitalism”. A business school’s mission is to train capitalists — people who own and run businesses.

And yet recently, the former dean of Columbia Business School, Glenn Hubbard, wrote that his students were sceptical about capitalism. In 2019, Harvard Business School dean Nitin Nohria said his biggest challenge is lack of faith in capitalism. Several economists who teach in business and economics departments have told me they are getting similar pushback in their classes.

It could be the changing profile of the average student. Business schools are accepting more women and more international students from left-leaning countries. Top business schools used to be populated with people who worked in finance and consulting, but now the student body includes people with less traditional backgrounds who have worked at nonprofits and in government.

One professor described the change: “There were always some students who came here wanting to change the world. Ten years ago, they hoped to do this by making a lot of money and then becoming a philanthropist. Now they come from the NGO [non-governmental organisation] world and want to take those ideals to big corporations.”

The data on Harvard MBAs suggests many candidates still have finance, consulting and private equity backgrounds compared with 10 years ago. One professor told me he sees the biggest change in the students coming from the consulting industry. Their attitudes may reflect how that sector has evolved.

Young candidate MBAs spent years stewing in an environment where enthusiasm for unbridled capitalism is no longer good business. And some MBAs coming from consulting sincerely believe a different way is not only possible, it is better. Harvard Business School offers a class called “reimagining capitalism”, taught by an accounting professor.

I talked to one self-described capitalism sceptic who is getting ready to attend Harvard Business School after starting his career in consulting and then working in finance. He says his disillusionment comes from seeing how capitalism has become (or has always been) about getting as much market power as possible. He does not support socialism — and I have not found an MBA student who does. But not many are calling themselves capitalists either. One student told me that even students who do embrace capitalism are reluctant to admit it because of the political implications.

At the very least, the capitalism sceptics are concerned about inequality. I was struck by all the talk about market power and inequality, but with no discussion of the trade-offs that might come with changing the system. For instance, more equality could also mean less growth and higher taxes. One professor told me that when he has raised that point, some students think less growth may be a good thing. They believe growth necessarily degrades the environment.

One MBA candidate pointed to high drug prices as a failure of the US brand of capitalism. When I asked if he thought that may be the price of innovation, he said he thought it would be better to have less drug innovation if it saved people from medical bankruptcy.

The other thing that struck me was the students who see the capitalist economy as inherently zero-sum. If someone gets rich, someone else must be poorer. If there is more growth, it must be bad for the planet. I was taught something very different: that everyone benefits from rising prosperity, even if some rise more than others.

Elon Musk and Jeff Bezos got super-rich, but they also built things that made us all better off. And that sustainable growth comes from gains in productivity, so we get more output from using fewer resources and that productivity also includes greener, better technology. But the students I spoke with equated Musk-level success with less competition and more corruption.

The difference in our outlook may also arise from differing life experience. I am old enough to remember the Cold War. Younger people may have less enthusiasm for capitalism because their memories are dominated by 9/11, the financial crisis and Occupy Wall Street. One sceptic told me he had never heard a good, credible defence of capitalism.

Perhaps MBA students today are just much more idealistic than the average person. Inequality has become worse during their lifetimes. But it is still remarkable that they are so concerned about it. An MBA from a good school is a golden ticket to the top 5% of earners. Surveys show the average American, who probably makes far less, does not list inequality as their top concern.

But maybe they are also just acting like good capitalists. Rejecting capitalism can be a good career decision for them. There are more jobs today that pay well to define and implement stakeholder models in consulting and financial firms. Also, if you are in such a job, and can claim your value is not limited to increasing your company’s bottom line, your job performance is harder to evaluate.

While the economy may not be zero-sum, MBAs may believe it is so because that is how the economy they inhabit works. There are just so many elite jobs at top companies and in the government. Finance does not offer the same enormous salaries anymore to people in the middle of the pack. MBAs may be destined for the top 5%, but achieving the top 1% or 2% is much harder and more ruthlessly competitive. One professor told me his students are shocked that earning $500,000 a year places them in the top 1%. They think it takes far more.

That may be why the turn on capitalism is so pervasive in top-10 MBA programmes and on the east and west coasts of the US, without necessarily infecting students everywhere. I asked an economics professor at Texas A&M if his students are sceptical of capitalism.

“No,” he said. “It’s Texas after all. If anything, I have to convince them that sometimes some regulation is warranted.”

ISMAIL LAGARDIEN: Deglobalisation limits the human passage of exchange and ...

ISMAIL LAGARDIEN: Deglobalisation limits the human passage of exchange and ...