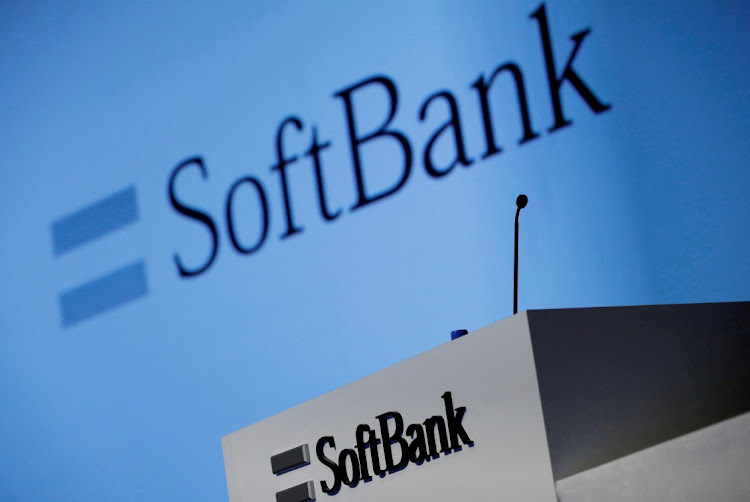 There’s a $60bn reason SoftBank founder Masayoshi Son might feel a little down. His company has shed more market value in the past year than during any 12-month period over the past two decades, while his portfolio of private and public companies faces continued turmoil. And yet, Son remains unfailingly optimistic.

“I have no doubt at all. No matter what changes take place, I have never been doubtful,” Son told shareholders Friday of his belief in the information revolution that forms the underlying thesis for his investment strategy.

From declining share prices to failed merger deals, the 64-year-old found an upside to almost every trouble his conglomerate has faced over the past year. And he needs to. His handful of investment vehicles, lead by the SoftBank Vision Fund, has a stake in more than 470 companies. Few of them have delivered a home run, but they will. Maybe.

Son’s acolytes believe the Japanese billionaire’s eternal faith in the information revolution — a global economic shift that puts data at the heart of commerce — will eventually pay off. By putting money into a variety of businesses, he’s betting that a rising tide will lift all boats. But the challenge will be for the company to stay afloat long enough that the current shifts in his favour.

With debt of almost $300bn1 and a weakening yen, Son needs to steady himself for a few years until he can realise the gains he’s so confident will eventually come.

A major setback in paying down that debt was SoftBank’s failed $40bn sale of chip company Arm to Nvidia. Regulators around the world worried it would be too powerful a business and rejected the merger. Yet Son even put a positive spin on that failure, claiming it was a good thing that he could hold onto the British company longer.

While demand for the IPO in the current market environment remains to be seen, Son said he has been receiving “love calls” from multiple exchanges seeking to host the public offering, with the firm reportedly planning to list a partial stake in London. Already bullish on Arm, Son outlined his prediction that the chip designer could be worth something similar to the “Gafa” quartet of Google, Amazon, Facebook and Apple — or an order of magnitude more than the value of the sale to Nvidia. 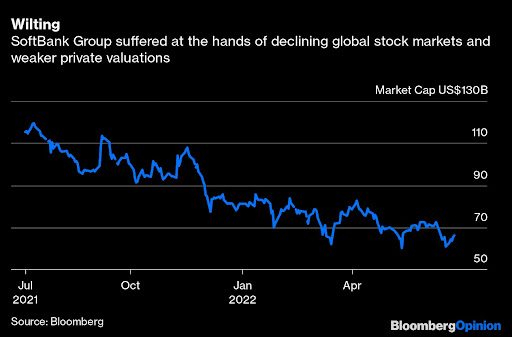 While that might be a typical Son overstatement, there are reasons to suspect he will muddle through. For one thing, to its lenders, SoftBank itself is too big to fail — a classic example of the adage that if you owe the bank $100 that’s your problem, but if you owe the bank $300bn, that’s the bank’s problem. Money is still essentially free in Japan, where there is no sign of the central bank joining the rest of the world in raising rates — a scenario in which SoftBank would be the least of the country’s problems.

And for now, banks will still be lining up to enable SoftBank to roll over its obligations, long before it has to sell off its prize assets. Even then, Son predicted that no more than three firms in his vast portfolio would ever be a hit on the scale of his winning punt on Alibaba.

During parts of the shareholders meeting, it was easy to see where Son gets his (over)confidence. Some of the investors asking questions seemed more like cheerleaders, with one urging Son to be the “light of hope for all humanity” by staying on at the head of the company until he passes 100 years of age. Let’s hope Son is hearing more critical voices in the boardroom. At least Ken Miyauchi, a longtime lieutenant and chair of SoftBank’s mobile unit, admitted on Friday he had periods where he was “full of doubts” about the firm’s stock price.

For wary investors, Son has a message: if you can’t stand the thrills, you’re free to disembark the ride.

“Looking at the share price from a 10- or 20-year perspective, it’s consistently rising, but over the short term it goes up and down,” Son said. “If you can’t put up with that, then it’s better for you if you don’t — for the good for your health.”

It would be tough to recommend that the faint of heart invest in SoftBank. But as a typically bombastic SoftBank video promised, “despair can turn to hope.” The message was not intended for fretful investors, but maybe they can take solace nonetheless. Even if no-one else does, Son still believes.

1. SoftBank had total liabilities of $295bn at the end of March, which includes items such as bank deposit liabilities and payments due to holders of Vision Fund preferred equity, according to data compiled by Bloomberg. If considering only interest-bearing debt and items with non-recourse to SoftBank, this figure may be substantially lower. SoftBank lists its adjusted stand-alone net interest-bearing debt as $35bn as of the end of March.