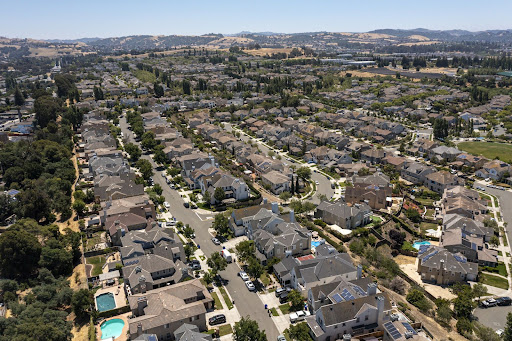 Home-loan providers sold at the top. Their shareholders are counting the losses. Picture: BLOOMBERG

New York — When people look back on the US market euphoria of 2021, there is plenty to pick over: meme stocks, Spacs, digital coins — all of them capture the zeitgeist.

One candidate for poster-child of the era, though, can be easily overlooked amid all the exciting new financial contraptions: the otherwise-staid mortgage sector. Mortgage stocks avoided the headlines, but they reflect no less of the hype.

Up until 2020, there were not many mortgage stocks listed on US exchanges. The last publicly traded stand-alone mortgage company of size was Countrywide Financial, which was taken over by Bank of America in July 2008 amid mounting losses as the global financial crisis neared its climax. After that, mortgages were handled mostly by the big banks.

But the underlying economics of on the industry never changed, in particular the boom-bust nature of the market. Now that rising interest rates are turning off the refinancing tap, a new generation of specialist mortgage lenders finds itself in the firing line.

In the past decade, specialists gradually reasserted themselves. From a 10% share in 2010, they increased their market share to 70%, and for most of that time, they stayed private. The largest, Rocket, remained in the hands of its founder, Dan Gilbert.

But virtually all at once, they went public. In a six-month period starting with Rocket in August 2020, a clutch of mortgage companies collectively valued at almost $60bn came to the stock market. For the first time since the peak of the housing boom, public-market investors were given an opportunity to share in the upside — and downside — of the residential mortgage market.

Unlike the electric-vehicle companies that went public at about the same time, mortgage firms had no problem making money. The issue was rather the sustainability of their profits. Few industries are as cyclical as the US mortgage industry, and these companies were selling at the top.

Mortgage companies take a cut of the value of loans they originate and so when volumes go up, so do earnings. Incentivised by generationally low mortgage rates, millions of borrowers refinanced, driving record volumes.

From $2.3-trillion of mortgage originations in 2019, volumes ballooned to more than $4-trillion in both 2020 and 2021. Three mortgage companies — LoanDepot, UWM and Home Point Capital — succeeded in timing their market debuts to coincide with the low in mortgage rates — 2.65% at the beginning of January 2021, as per Freddie Mac data.

But it is not just volumes that drive the cycles of mortgage profits — margins inject another layer of cyclicality. A lag between volumes and industry costs means that margins tend to rise when volumes go up and shrink when they fall. So 2020 and 2021 were characterised not only by high mortgage-origination volumes but also by high margins.

According to the Mortgage Bankers Association, independent mortgage banks earned over $4,200 per loan in 2020, compared with a long-term average of $1,460.

Since then, the market — to put it mildly — has shifted. Mortgage rates are heading towards 6% and there is no-one left to refinance. Credit Suisse analysts estimate that only about 1% of mortgages are at least 50 basis points “in the money” to refinance — and it is uncertain, given they have not already done so, whether these borrowers will refinance at all.

The Mortgage Bankers Association forecasts that mortgage-origination volumes will collapse to $2.4-trillion this year. Meanwhile, mortgage companies remain staffed up for a $4-trillion market.

“Mortgage is a cyclical business,” Home Point CFO Mark Elbaum reminded investors last week. “It never seems to be just right, it’s always a little bit too hot or a little bit too slow. What we’re experiencing right now is what I would describe as somewhat of a hangover from the hot market. But I think all of us would agree, it’s happened a lot faster and a lot more extreme than anyone could have anticipated.”

Many of the other market trends of 2021 reflect some story about the future. Mortgage companies were simply trying to sell profits of the present. Both can evaporate quickly. With less than $19bn of market cap left in the sector, mortgage company owners benefited from the huge transfer of wealth from stock market investors.

If history is any guide, these lenders may not stay public for long. And then the cycle will turn again.