The industry must adapt to technological advances and changing consumer habits 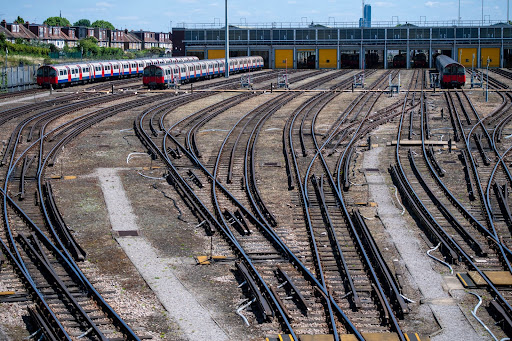 It’s fitting that the Rolling Stones are scheduled to play in London in the middle of the largest national rail strike in three decades. (I Can’t Get No) Satisfaction is currently the anthem being sung by Britain’s rail union, Boris Johnson’s government and, increasingly, the commuters stuck in the middle.

Many workers will have the luxury of avoiding the trains this week, thanks to the age of hybrid working. But for millions who still need to commute to reach their jobs, take exams or visit relatives, not to mention many businesses, the shutdown will be excruciating. With inflation and living costs rising, other unions are threatening similar strikes, potentially making this the start of Johnson’s summer of discontent.

The right to strike is fundamental to a democracy, but it’s an extreme way of resolving a labor dispute. In this case, it’s hard to imagine anything more counterproductive.

The Rail, Maritime and Transport workers union (RMT) wants pay to keep up with inflation and workers to be protected from redundancy. Who doesn’t? But the demands are neither reasonable nor feasible in an industry that must adapt to both technological advances and changing consumer habits.

Rail workers are well remunerated by national standards, but the union is unhappy that pay has been frozen in most cases since 2020 and won’t be rising in real terms. But that ignores the fact the days are over when commuters had to squeeze into overcrowded trains each workday morning and evening. A recent report from the Centre for Policy Studies notes that most commuting now takes place between Tuesday and Thursday, with travel on Mondays and Fridays 20% and 50% below 2019 levels.

Taxpayers injected over £4bn annually in subsidies before the pandemic; the government added more than £15bn more since. That kind of support is untenable, especially given all the other demands on the public purse. The fact is that a sector already laboring under long-standing problems, will have to be more efficient and find new ways to attract customers.

Britain’s railways have come a long way in the years since they were privatized in the 1990s — passenger numbers doubled, operating companies added a third more services and trains improved. But privatization led to fragmentation: most passenger services are run by train operators granted franchises which lease the “rolling stock”, while the rail infrastructure is owned and maintained by the publicly owned Network Rail. That disparate structure has created a range of knock-on problems including spiraling costs, commercial failures, poor maintenance, delays to upgrades and a burden on users and taxpayers.

Ask regular rail users about all this and they’ll give you an earful. Late or overcrowded trains and unreliable service had become a regular complaint for many. A lack of accountability and endless finger-pointing left problems to fester. The exception is where real competition prevailed and companies competed for the same track — such as the East Coast Main line, where passenger satisfaction has been high and services are more innovative.

More than a year ago, following the publication of a once-in-a-generation review of the rail sector by Keith Williams, the former CEO of British Airways, the government announced plans for legislative changes to address the postprivatization mess, stimulate competition and put the focus back on the passenger. The vast majority of the rail network is to be brought under a single public body, Great British Railways, which will own the infrastructure and plan fares and timetables. The country’s current franchising system would be replaced with passenger service contracts — modeled on public-private partnership approaches in Sweden, Germany, Australia and even London — to instill competition and improve services.

The government estimated the reforms will deliver £1.5bn in savings a year after five years — 15% of the prepandemic fares income. However, the plan is stuck in the station. There is a team that will oversee the transition and much talk about a new headquarters, but no sign yet of the new passenger-first spirit or the openness and transparency that was promised. Grant Shapps, Johnson’s minister in charge of transport, has hardly mentioned the new strategy.

There are some questions about how the plan will work in practice, but the arguments for change are overwhelming, including the prospect of greener travel and freight transport. And the costs of delay are enormous. The CPS estimates that taxpayers will have to fork out up to £6bn a year if the government doesn’t get going with reform.

It’s not clear, though, that the government is in a hurry. It has slow-walked negotiations. Johnson has always found having a bogeyman useful, whether it’s the EU opposing plans to change the Northern Ireland Protocol or lawyers blocking the deportation of refugees to Rwanda. It also puts the Labour Party in an awkward position and reminds voters how a Tory Prime Minister Margaret Thatcher liberated Britain’s economy from a union chokehold in the 1980s.

But the party that has held power for more than 12 years can’t avoid responsibility. Change is overdue. And the government has failed to follow through on a manifesto pledge to ensure that minimum service will be maintained in the event of strike action. Its other threat — to change the law to allow rail companies to hire agency workers to replace striking workers in the future — only works if Britain has the skilled labour to step in, which is doubtful in the event of a large-scale strike.

There may be no choice but to wield these legislative tools to prevent such strikes from paralyzing infrastructure that is an effective monopoly. Police and prison workers are prohibited from striking by law in Britain; and many other countries prohibit strike action that shuts down rail. But other unions will be watching closely.

The trick will be to tell unions they can’t always get what they want, while ensuring the sector gets the reform and customers the services needed. That probably requires a greater reservoir of trust from all parties than this government can draw on right now.

The long-awaited post-lockdown travel boom is rapidly turning into a bust for holidaymakers as Europe’s aviation industry struggles to overcome ...
Business
2 weeks ago
Next Article