Many governments in Africa, Latin America and Asia have distanced themselves from the allies’ response to Russia’s aggression 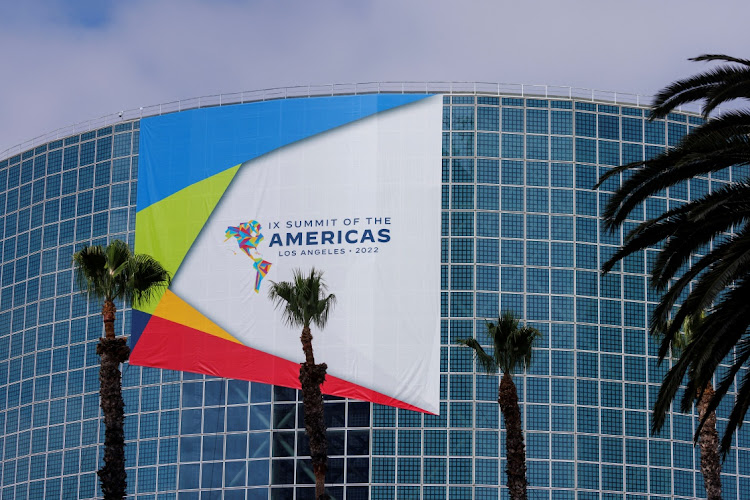 The premises of the Ninth Americas Summit in Los Angeles. Picture: MIKE BLAKE/REUTERS

One aspect of the war in Ukraine demands much closer attention — the failure of the US and its rich-country friends to build strong partnerships with the developing world. Many governments in Africa, Latin America and Asia have distanced themselves from the allies’ response to Russia’s aggression. This is helping Moscow and does nothing to discourage other regimes with expansionist ambitions. The neglect that allowed it to happen was a serious error, and putting it right should be a high priority.

When the General Assembly of the UN voted to condemn the invasion shortly after it started, 35 countries abstained. It was not just China and fellow dictatorships such as Cuba and Nicaragua, but also India, SA and Senegal. Others, including Ethiopia and Morocco, did not vote at all. A combination of Russian arms supplies, Chinese investment and US inattention persuaded too many governments that their interests were not served by aligning with the US.

It is part of a wider pattern. The Summit of the Americas, taking place this week in Los Angeles, was seen partly as a way to atone for then US president Donald Trump’s refusal to attend the event in 2018. It has instead become another source of friction, with the region’s leaders baulking at US efforts to manage the guest list. President Joe Biden’s administration has little goodwill to fall back on and continues to struggle with basics such as appointing ambassadors. Obstructionist senators are partly to blame for that, but the White House does not disguise the fact that it has other priorities.

In May, a US-ASEAN (Association of Southeast Asian Nations) summit in Washington fizzled, ending with just $150m of new initiatives for Southeast Asia. The Biden administration is now talking up its Indo-Pacific Economic Framework for Prosperity — an initiative notable for its lack of ambition, which left many would-be US partners distinctly unimpressed. Last year’s promise of a summit with Africa’s leaders to counter China’s triennial Forum on China-Africa Co-operation gathering has gone nowhere.

Meanwhile, China’s policy banks have provided more than $130bn in loan commitments for Latin America and the Caribbean alone between 2009 and 2019. Beijing supplied Covid-19 vaccines to many desperate nations. Russia is a crucial seller of weapons to India and much of Africa, and a main supplier of grain and fertiliser. Neither Moscow nor Beijing asks too many questions about free elections and human rights.

To win better support from developing countries, on Russia and other matters as well, Western governments should, for a start, be less quick to admonish. Appeals to liberal values tend to fall flat with people who remember less principled Western interventions. Also, many see the war in Ukraine as a proxy fight between Moscow and Washington — one where they have little at stake. The remedy is to frame the conflict not as punishing Russia and its autocratic leader, but as aiding Ukraine’s fight for self-determination. A powerful nation started this war by scorning sovereign borders: that is a threat all can recognise.

Here’s another. A prolonged war will keep food, energy and fertiliser prices elevated, and this puts poor countries, with fewer resources to buffer the impact, in particular danger. It makes sense for the allies to say so, but their warning will get a better response if combined with prompt and generous support for the countries worst affected and most in need. Looking farther ahead, new efforts to tackle deeper economic vulnerabilities — for instance, by supporting African agriculture and logistics — would serve the diplomatic purpose and help deliver longer-term prosperity.

Resources are not infinite, but supporting closer co-operation with the developing world would be money well spent. Whether it is weaning countries off Russian weapons, improving food security for the planet’s poorest people, or promoting efforts to tackle climate change, the benefits would be huge. The Global South’s unnerving tolerance of Putin’s crimes marks a failure on the part of the US and its friends. It needs urgent attention.

The bloc’s exclusivity benefits SA, but the addition of new members will bring more resources
Opinion
2 months ago