ANDY MUKHERJEE: Banking could meet the same fate as newspapers’

The environment is ripe for Silicon Valley to encroach into banking 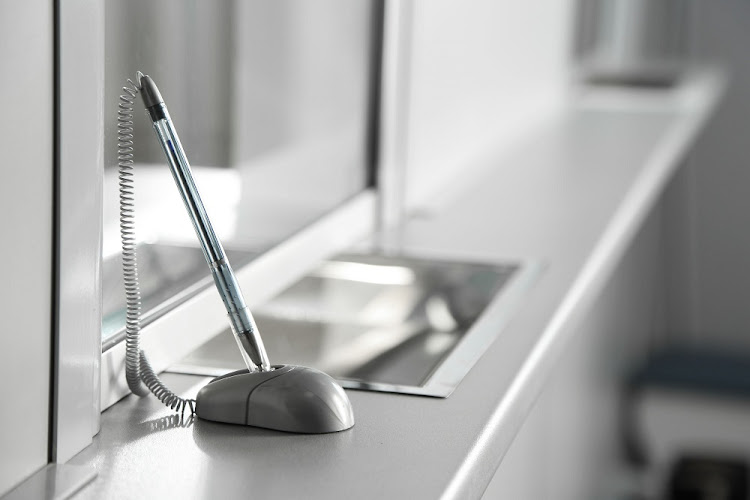 Will banking meet the sorry fate of newspapers? With the tech industry creeping up on licensed deposit-taking institutions in India, it’s time to take the question seriously.

Alphabet’s Google already provides one of the two most popular payment wallets in the country. But now Google Pay wants to push time-deposit products of small Indian banks that don’t have much of a retail liability franchise of their own. According to a press release, Equitas Small Finance Bank will offer Google Pay customers up to 6.85% interest on one-year funds as part of a “branded commercial experience” on the platform. The Mint newspaper, which has reviewed the application interface built by Setu, a Bangalore-based fintech, says other lenders may also sign up.

The move has global significance. It shows the tenuous nature of the hold financial institutions have on a core operation like deposit-taking, and their vulnerability to an assault from online search, social media and e-commerce behemoths. Alphabet, Facebook and Amazon.com may pose a far bigger challenge to brick-and-mortar lenders than fintech start-ups that don’t have the scale of platform businesses. Just like in India, deposit-strapped challenger banks might throw the keys to tech intermediaries with hundreds of millions of active users. When the giants storm the fortress, even larger banks will lose control of banking.

China’s home-grown tech titans have already shown how easy it is to dislodge traditional lenders from lending. In a growing network of users, real-time nonfinancial data can be a more powerful predictive tool than credit scores relied upon by banks. Adding a layer of financial activity to an online platform brings in yet more information. Before Beijing stepped in to clip its wings, Jack Ma’s Ant Group pursued this advantage to the hilt.

Silicon Valley never had a chance in China. However, it’s in a stronger position in the world’s second-most-populous nation, where everything to do with money is increasingly about plugging into an open network. Banks’ historic moat has been breached by tech innovation.

For instance, the government’s digital identification system for 1.3-billion people has made paper trails and physical presence redundant, and turned the banks’ cumbersome know-your-customer processes (verifying an address or being introduced by another account holder) into a cheap utility with standard protocols. A wallet can establish customer identity as easily as a bank and manage the process of seeking her consent.

Nor do India’s deposit-taking institutions have any special advantage left in moving retail money. Yes, they still hold the accounts for sending or receiving funds. But rather than transacting on their bank apps or cards, customers prefer to use Google Pay or Walmart’s PhonePe to pay one another and merchants. The two wallets were used to transfer 5-trillion rupees ($70bn) in May, giving the duo an 85% share of a market that has more than 50 apps, including from banks.

That’s the power of platforms’ data-network-activity, or DNA, loop, as researchers at the Bank for International Settlements describe it. When Facebook’s WhatsApp Pay is fully ready, the 500-million Indian users of the messaging service are bound to give it a leg-up in financial businesses.

The environment is ripe for Silicon Valley to encroach into banking. Equitas doesn’t have a pre-existing relationship with the Google Pay customer to whom it’s marketing fixed-term products. Even after getting the money, the lender might not get to build long-term association with the saver. Once the deposit matures, the money will simply get swept back into whichever bank’s account it came from. Since it won’t even take two minutes for a platform to book deposits from scratch, if another lender offers a better deal, idle funds might go there next. Customer loyalty, which is often just plain inertia, will no longer ensure stickiness. Savers will gain.

If the playbook is successful, the likes of PhonePe and WhatsApp Pay might also want to copy it. For a fee, platforms can easily extend their insights into consumer behaviour and payment flows to influence deposit mobilisation. The higher the commission, the lower the banks’ profit. India’s state-run lenders, in particular, will need to become more efficient. Or they’ll have to lobby with regulators to rein in the tech giants. Amazon, Google and Facebook were all competing to build a brand-new payment network in India, But the central bank has put the license on hold because of data safety concerns, according to a separate report in Mint last week.

Globally, banks and regulators have been bracing themselves for the challenge from Diem, a Facebook-backed project that promises to replicate major global currencies to broaden financial inclusion. But lenders can be on a slippery slope even without new payment instruments. As Big Tech asserts control over the flow of yield-seeking savings, an imposing high-street presence will no longer serve as a ticket to cheap funding.

Regulated institutions may be left holding a licence to take deposits — and a thick rule book accompanying that privilege — but platforms will decide if a bank’s promotional offer is to be displayed prominently or buried in an obscure corner. The same slow, painful decline that gutted the print media after readers and advertisers moved online and publishers lost their sway over them may be waiting in the wings for banking, too.

Purchase of the lender for R1.5bn is intended to speed up entry into business banking market
Companies
2 months ago