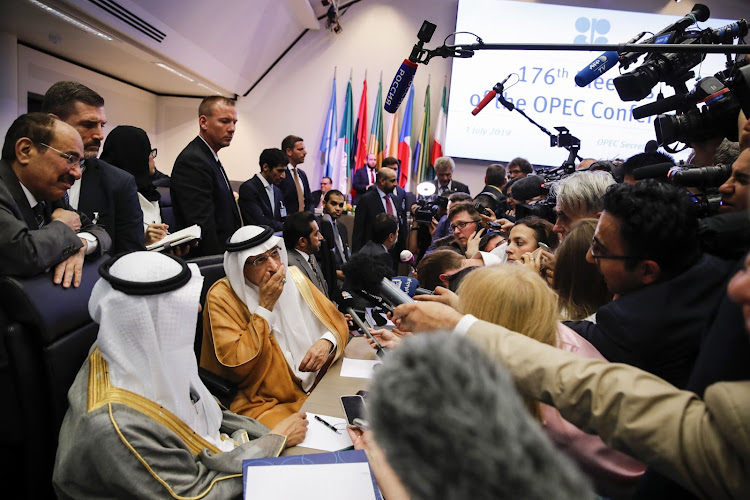 Wall Street has Fed-speak — a turgid dialect of English, a mixture of obfuscation and cryptic messaging. The oil market has Saudi-speak — a language of smoke and mirrors, a combination of bewildering and Byzantine communication typically delivered behind closed doors.

A new book provides a lexicon of four decades of verbal intervention in the price of crude by the world’s biggest oil-producing nation. Saudi Arabia has usually delivered clearer signals than the Federal Reserve, but its semaphoring has rarely been public. Instead, one man worked for nearly 40 years in the shadows to shape the kingdom’s oil messaging.

Ibrahim AlMuhanna was the power behind the power, the trusted communications adviser to four Saudi oil ministers from the late 1980s until recently, the Deep Throat-type source behind many reports on Opec’s doings and the man who whispered to many hedge funds and commodity traders.

Now retired, he has just published a book that reveals some of the secrets of Saudi-speak. Oil Leaders divulges a few bombshells, including the time when British officials in 2008 proposed to Riyadh a “mechanism” to keep oil prices between $60 and $90 a barrel, involving producing and consuming nations. 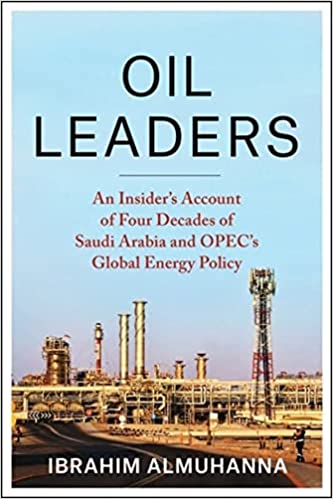 The idea, which AlMuhanna credits to former UK prime minister Gordon Brown, would have replaced the invisible hand of supply and demand with government intervention. The author also describes how former Saudi oil minister Ibrahim Al Naimi kept secret from others in Riyadh his plan to fight the growth of US shale by flooding the market in 2014. “Neither were the Saudi ministry of finance and the ministry of economics & planning consulted nor informed,” AlMuhanna writes.

The former Saudi official remains loyal to his master, the king, and his friends, and that puts a limit on his candour. Still, his book, a mix of memoirs and historical analysis, gives away just enough to allow readers a peek behind a curtain that has remained drawn for years. Moreover, with the global economy facing an oil shock akin to those of the 1970s, the timing of the publication is excellent.

Oil Leaders demonstrates how Riyadh tries to talk the oil market up and down in much the same way as the Fed steers borrowing costs, influencing prices with words as well as action. “Oil market fundamentals are very important, but market psychology is equally important,” AlMuhanna writes. “At times of crisis and uncertainty, sentiment overshadows fundamentals and influences the behaviour of financial investors in the oil market.”

AlMuhanna also reveals the art of deception Saudi oil policy has often employed. He recounts, for example, how a little more than a decade ago the kingdom boosted output by almost a million barrels a day without anyone, including its fellow Opec producing nations, any the wiser.

For months, Riyadh kept its actual production levels secret, making the market believe it was pumping far less than in reality. “By mid-2010, Saudi production reached 9-million barrels per day (bpd), although some secondary estimates” were between 8.2-million bpd and 8.3-million bpd he says, referring to the consultants that Opec uses as “secondary sources” to estimate how much its members are pumping.

In the crude market, there are lies, damned lies and oil production figures

In the crude market, there are lies, damned lies and oil production figures. The former Saudi oil spin master is at his best explaining how the kingdom talked down the market in 2012, revealing a secret plea for help from then US president Barack Obama, who was facing elections. In the process, he reveals not just how Riyadh can move the market via leaks to traders and journalists, but also some of the secret diplomatic manoeuvring between the White House and the royal palace.

“The first part of the plan was tangible and related to market fundamentals. Saudi Arabia would continue to increase supply to the market,” he writes of  events a decade ago.

“The second part of the plan was related to market psychology or sentiment. An international campaign was needed to convince the market that the oil price was very high (a policy referred to as talking the market down),” he explains, revealing how Saudi officials met “quietly” in London and New York with “analysts, hedge funds, banks and oil companies”.

Is it surprising that Saudi Arabia talked to the market so directly? No. And it’s not the only time Riyadh has done so. But the communication shows how many in the commodity market trade on inside information — a practice that, while illegal in the world of Wall Street, is commonplace in commodities.

In the oil casino, many play with marked cards. AlMuhanna describes the 2012 campaign as a success: oil prices fell, and Obama won the election. The book shows that when the White House and the Saudi royal palace are aligned, Riyadh is willing to go to great lengths to talk the market down, even if that means lower revenues. It’s difficult to imagine a similar campaign today, however. In the past two years, Riyadh and Washington have drifted apart.

While he avoids commenting on current events, AlMuhanna does provide some nuggets for investors. For one, he makes it clear that Saudi Arabia sees its relationship with Russia as crucial. For Crown Prince Mohammed bin Salman, the future isn’t America, but the emerging world. “The prince is young, dynamic, ambitious, and has clear futuristic goals. He wants to make Saudi Arabia a major international power in many aspects, above all in energy and oil,” the author says, explaining how Prince Mohammed wants to expand “his influence to other major powers such as Russia, China and India”.

Oil Leaders is lacking in self — criticism about Saudi oil policy, particularly concerning the most recent period. But it still provides useful insights into how Riyadh communicates with the market, suggesting that the kingdom will continue to wield its reserves as both an economic and a political weapon in the years to come.

David de Jong's 'Nazi Billionaires' makes for a page-turning read that is both uncomfortable and compelling, writes John Fraser
Life
1 month ago

Seven management secrets from the Vogue throne
Opinion
1 month ago

Inside the stories that made our history

The history we think we know is shaped as much by fiction — and often, outright lies — as it is by textbooks
Life
1 month ago
Next Article

MICHAEL FRIDJHON: Next we’ll have a Grand Day of Zinfandel in the middle of ...

Learning to live in a new country and a new language

MICHAEL FRIDJHON: Next we’ll have a Grand Day of Zinfandel in the middle of ...

Learning to live in a new country and a new language