Pilot project: how to get aviators to speak up about depression 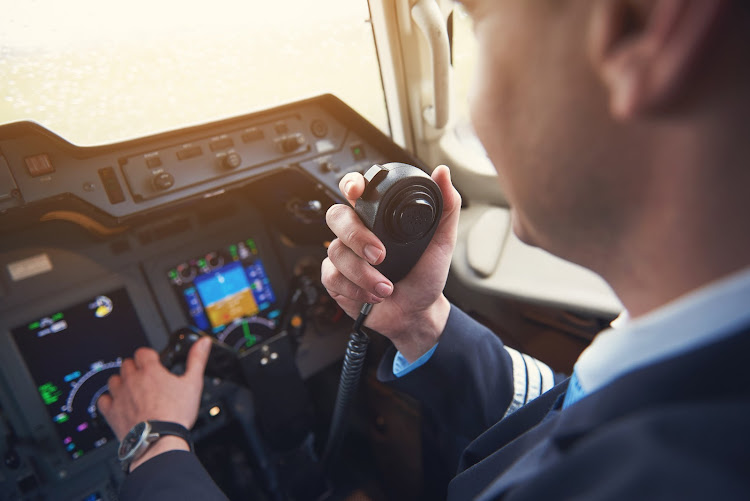 How would you feel about getting on a flight knowing that the pilot had been having suicidal thoughts? If you’re a regular passenger, you’ve probably already done it.

Few things in aviation evoke greater horror than the prospect of a pilot who deliberately drives a plane into the ground. That’s what happened, notoriously, with Germanwings Flight 9525 in 2015, when 150 people were killed after the first officer locked the captain out of the cockpit and steered the plane into an Alpine mountain.

It is such an alarming prospect that some suspected pilot suicides remain hotly disputed, as with the crash of EgyptAir Flight 990 soon after departure from New York in 1999. Intentional crashing is among the theories posited for the disappearance of Malaysia Airlines Flight 370 in 2014, though no conclusion has been made. Now that possibility hangs over the fate of China Eastern Airlines Flight 5735, which may have had its controls pushed into a deliberate nosedive ahead of its crash on March 21, the Wall Street Journal reported this week.

For all the understandable alarm that such incidents attract, the solution is almost certainly to be more open about mental health, not more restrictive. Of roughly a billion commercial aircraft trips carried out since the 1970s, pilot suicide has only been suggested in eight crashes. The far greater risk is that the culture of aviation is preventing pilots from being honest about their state of mind, thus allowing depression and other disorders to fester without sufferers seeking the treatment they need.

The culture of aviation is preventing pilots from being honest about their state of mind.

“Pilots have this reluctance towards reporting” their mental health, says Corrie Ackland, a psychologist at the University of New South Wales who is studying the issue. “It’s not easy to become a pilot. They do a lot to achieve success, and to carry out an action that may very well jeopardise their medical is a risk they’re not prepared to take.”

Even more intrusive ways of checking someone’s mental state are easy to hack. Those wanting to conceal depression will know that when asked, “In the past two weeks, how often have you felt little pleasure in doing things?”, the answer to give would be, “Not at all”.

Compare anonymous surveys of aviators to ones where their identities are disclosed, and it is clear that a taboo is fully in place. One self-reported questionnaire conducted by New Zealand pilots while renewing their medical certificates found that just 1.9% suffered from depression, levels far lower than those reported among the general population.

An anonymous survey of 1,848 pilots conducted in the wake of the Germanwings crash, however, found 12.6% suffered from depression and 4.1% had experienced suicidal thoughts within the previous two weeks. While that might sound worryingly high, it’s pretty much in line with levels in the general population and, in particular, high-stress occupations.

It is hardly surprising that pilots suffer from mental health problems. Separation from family and nonwork social networks, disrupted sleep and irregular work hours all come with the territory. Add to the mix a reluctance to seek help, and it is remarkable rates of depression are not even higher.

Exacerbating the problem is the sheer stress of the job itself. Most flights occur without incident, but that is because pilots need to be meticulous in following procedures while having the mental flexibility to troubleshoot in real-time. Even then, increasingly sophisticated systems make the job harder because the machines they fly are more complex and difficult to understand.

In his book No Man’s Land, Captain Kevin Sullivan details the numerous computer failures he had to wrestle with when Qantas Flight 72 plunged towards the earth over Western Australia in 2008. The second part of the book outlines the aftermath — the severe mental trauma he faced after landing his stricken aircraft. The former US naval pilot ended up retiring from commercial aviation.

Few pilots face events as dramatic as QF72, but strict deadlines, tight budgets and job insecurity amplify even minor incidents. Most do not write a book about their experience or get the level of peer or corporate support Sullivan did.

Airlines are understandably paranoid about all aspects of safety, including mental health. The problem is, the current stigma around dealing with the topic clearly is not serving those ends. The pilot who crashed Germanwings Flight 9525 had a history of depression that was known to the airline, but did not disclose a serious deterioration in his mental condition four months before the crash — which the accident report attributed in part to his fear of losing his licence.

A simple solution may be to do more to promote indefinite leave, and even retirement or temporary redeployment to ground duties for pilots facing mental health issues. Solid guarantees by airlines that a self-report will not end an aviator’s career in the skies would encourage sufferers to find the help they need.

The medical profession itself may have useful lessons, having pushed back against laws requiring mandatory reporting of mental health issues to regulators so that such action is only taken in the rare cases where patients might be at risk. That suggests a far more honest approach to the problem, and one that will reduce the risk that pilots see the best solution as trying to conceal and repress their true state of mind.

If you want to treat depression, the first and most useful step is usually to start talking about it. That is a lesson the aviation industry would do well to heed.