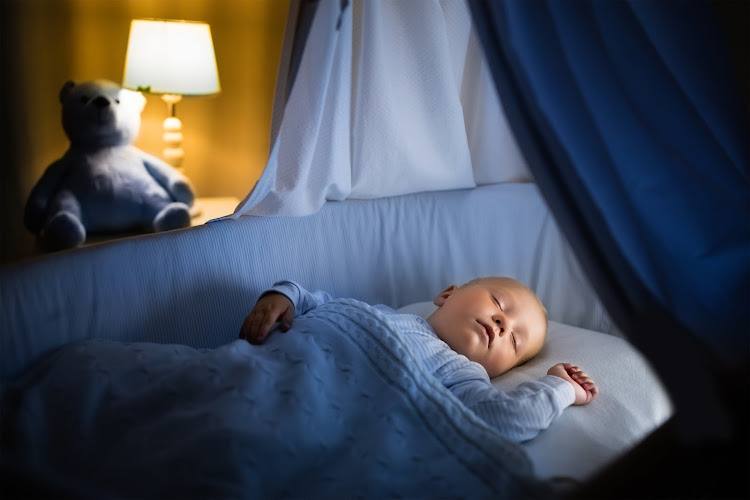 A visceral memory from my first months as a parent is the sensation of waking in a panic. I’d slept too soundly; the baby monitor was too quiet. I’d rush to the crib to listen for my daughter’s soft breath and feel the gentle rise of her belly, then stumble back to bed.

Those moments were brought on by anxiety over sudden infant death syndrome (SIDS), which in 2019 caused nearly 1,250 deaths in the US.

It’s no wonder, then, that the media was stirred up by a new study purporting to have found a biological cause for SIDS — that many babies who succumb have low levels of an enzyme called butyrylcholinesterase (BChE). The finding is at best only a small step towards understanding the complex syndrome.

Government agencies should heed the attention the study received. People care about finding answers. Yet SIDS is one of the more underfunded areas of children’s health. More resources are needed for researchers to follow a fresh trail of clues about its biological causes.

The tragic deaths declined significantly during the 1990s, when the US and other countries launched the highly effective “Back to Sleep” campaign. Once parents were taught safe habits such as putting babies on their backs at bedtime and keeping the crib free of blankets and soft surfaces, SIDS incidence dropped by half. That progress plateaued, leaving families with no answers — and in many cases with crushing guilt that somehow a death could have been prevented.

Carmel Harrington, the researcher at Sydney Children’s Hospital in Australia who led the study of BChE levels, knows this feeling well: her own son Damien died of SIDS 29 years ago. She has since been on a mission to better understand the syndrome.

Along with others in the SIDS research community, Harrington has long suspected that the arousal system could be involved. The theory is that a typical infant reacts to a lack of oxygen by gasping and fighting, whereas a SIDS infant doesn’t respond, dying silently.

She wanted to test whether BChE, which is involved in arousal pathways in the brain, could explain the difference. Harrington measured BChE extracted from dried blood spots taken when infants are born and found that 88% of SIDS babies had relatively low levels of the enzyme.

But the study had flaws that make other SIDS experts hesitant to put too much stock in its results. While mean BChE levels were lower in the SIDS group than in healthy infants or babies who died from other causes, the range was wide, encompassing some of the levels seen in the healthy babies. And because some of the blood spots were quite old, the measurements themselves might have been unreliable.

Nevertheless, Harrington’s research puts new focus on a growing body of research connecting the arousal system and SIDS. Several other studies have suggested, for instance, that some SIDS babies have low levels of serotonin in the brainstem, making it harder for them to regulate their heart rate and breathing while asleep.

These theories merit more time and attention. The lack of resources given to understanding SIDS seems rooted in part in the success of Back to Sleep, and in part in the fear that answers might not lead to solutions. That is, in many cases the underlying cause might not be treatable.

But research has revealed many other previously mysterious causes of infant deaths, says Richard Goldstein, who studies SIDS at Boston Children’s Hospital. Newborn screens in the US now look for MCAD deficiency, a metabolic disorder caused by a missing enzyme that breaks down fat into energy. Similarly, Long QT syndrome, a heart-rhythm disorder, can sometimes be detected even before a child is born. In years past, both these problems would have gone undetected, causing deaths that would have been called SIDS, Goldstein says.

Goldstein and other experts believe the syndrome probably has several different biological causes. “Over time, we’ll figure them out, one by one,” he says.

In the days since her paper went online, Harrington has received many heartfelt messages from parents who have lost an infant to SIDS. Her discovery does not suggest a potential cure, or even a screening tool. But the additional clue helps families to feel, as she puts it, “unburdened” from the thought that their child’s death might have been prevented.

The stir caused by Harrington’s study should send a message to funding agencies to drive more resources towards investigating — and one day preventing — all cases of SIDS.

Questions on Covid-19 reinfections still up in the air

PODCAST: Want to live longer? Here’s an exercise guide for young and old

Should you exercise a lot, or a little? Should it be in the morning or at night? Go with Mia Malan and Jon Patricios as they cut through the fads in ...
News & Fox
2 months ago

Is your brain sabotaging your ability to do that extra push-up?

Just as your body can be tricked into feeling fatigue, your mind can be deceived into believing the opposite
Life
2 months ago
Next Article

Wanted Online: Make your next trip memorable with this Leica M11

BOOK REVIEW: Has the cultural war on the West gone too far?

Wanted Online: Make your next trip memorable with this Leica M11

BOOK REVIEW: Has the cultural war on the West gone too far?