ANDREA FELSTED: Walmart earnings a warning sign for the US economy

The world’s biggest retailer is known for being careful about costs. But that’s harder to do when prices for everything are rising 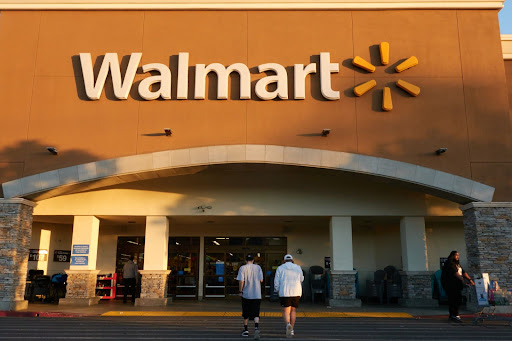 Walmart just highlighted the dark side of inflation. The world’s biggest retailer on Tuesday reported profit that fell short of Wall Street expectations and downgraded its outlook for full-year earnings per share from a mid-single digit increase to a 1% decline.

CEO Doug McMillon said the bottom-line results were “unexpected” and reflect the “unusual” environment. The shares fell as much as 9%.

The outcome is certainly surprising — and it should be a warning sign for the broader consumer economy.

Inflation is usually a benefit to supermarkets and consumer-goods companies, as higher prices elevate the value of their sales. If they can keep volumes stable, then their same-store sales automatically rise. Indeed, this is exactly what happened at Walmart: US same-store sales excluding fuel rose 3% compared with a year ago, topping analysts’ estimates of a 2% increase.

But higher staff costs, bloated inventories and more expensive fuel took their toll on profits. Each accounted for about a third of the shortfall.

First, Walmart’s wage bill expanded. It hired many employees at the end of last year to cover for staff who were out sick with the Covid omicron variant. But they recovered in the first half of the quarter, which meant the company had weeks where it was overstaffed.

Second, it sold less clothing and home furnishings than expected, and these are some of its more profitable categories. It had stocked up on such items amid last year’s supply chain snarl-ups, and inventories were up about a third to $61.2bn.

Finally, it had to pay $160m more for fuel in its US business, and it couldn’t pass this through to store prices as quickly as it had hoped.

The results are unusual, though, because Walmart has been famously cost-conscious. Its frugal philosophy is a big part of why it’s able to charge low prices. If Walmart is struggling even with its thriftiness and superior scale, then smaller and less efficient retailers are in for a very difficult time — not least because there was another note of caution in Walmart’s first-quarter announcement.

The squeeze of inflation on discretionary incomes is starting to affect what consumers buy. Because Americans were having to spend more on food, they cut back on clothing and home furnishings more than Walmart had expected. Unseasonably cool weather, affecting items such as apparel and patio furniture, didn’t help either.

Walmart isn’t the only retailer to feel the pinch of high prices. Home Depot reported better-than-expected first-quarter sales and saw an 11% increase in the average amount that each consumer spent in the first quarter, yet the number of customer transactions fell by 8%.

Despite the pressures on Walmart, the retailer looks relatively well placed to weather the storm. The share price fall looks overdone.

The group should be able to work through its high stock levels in the coming quarters. It helps that it is facing these issues at the start of the summer season rather than the end. And its focus on value should help it win over more customers.

While some shoppers will inevitably trade down, or put fewer items into their baskets, others will move from pricier retailers to Walmart. Even though inflation increased the average amount each customer spent, the number of transactions in stores also rose slightly from a year ago. Target Corp., which reports first-quarter sales on Wednesday, should benefit from the same dynamic.

Meanwhile, Walmart’s scale means it should have more clout with suppliers such as Procter & Gamble and Nestle as they try to pass down their own cost increases. That should help the retailer manage food price inflation.

Of course there are dangers, particularly the rise of the German no-frills supermarkets, Aldi and Lidl, which are expanding across the US and competing on the same battleground of stable, low prices.

But if Walmart is feeling the effect of the stretched consumer, other retailers have much more to worry about.

Older workers are an under-tapped resource for businesses short on staff.
Opinion
1 month ago

BRENDAN GRUNDLINGH: Groceries in a flash — it’s speed that will slow the competition

As Africa, the Middle East and other developing regions embrace on-demand retail, smart delivery solutions are key
Opinion
2 months ago
Next Article