Joint banking could be central to a happy marriage 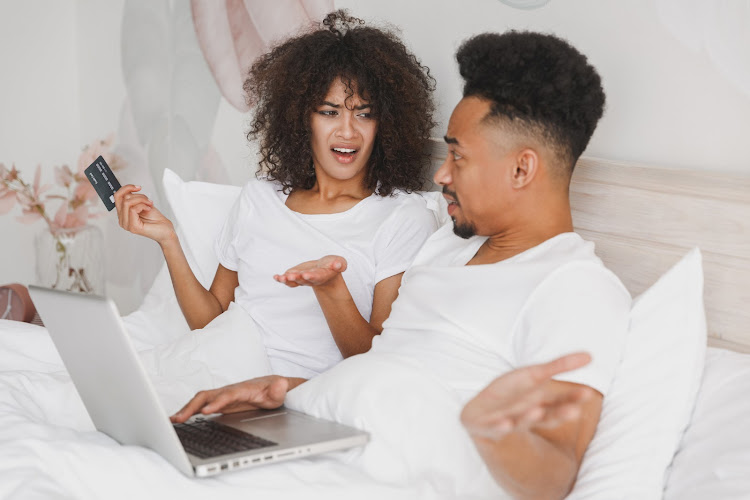 There is one way a married couple is supposed to handle money: jointly. Well, that’s how it used to be — after all, women needed a male co-signer to access credit until 1974.

Today’s married couples have more options when it comes to how to manage their money.

The classic of being completely joint remains. It’s streamlined, it’s simple, it’s what you might’ve grown up with. The second option is some level of separation. This has sometimes been advised in secret: mothers would warn daughters to squirrel some money away in case they needed to escape a bad marriage.

These days, having separate accounts is more often tied to the practicalities of getting married after both parties are established professionally and perhaps crave a certain level of independence. For some, that means a hybrid model of having joint and individual accounts. For others it’s a complete separation of finances.

Neither school of thought is wrong, but a recent study found that couples who bank jointly are more likely to experience relationship satisfaction and are less likely to break up, particularly when it comes to those with fewer financial resources.

One theory for why was that couples “who pooled their bank accounts used more pronouns such as ‘we’ and fewer pronouns such as ‘I’.” This ties into the notion that complete financial togetherness with couples who bank jointly results in higher rates of marital satisfaction, partly because of mutual dependence on each other. In other words, transitioning from “my money and your money” to “our money” may lay some groundwork for becoming a team.

Should you find yourselves constantly bickering about finances, perhaps joint banking is the method for you

It’s an interesting study, and there are various ways to question and interpret the findings. It’s difficult to determine causality, after all. (What if social pressure was what led couples to combine all their wealth? What if some other factor was what made couples stay together?)

I’d argue that strong communication skills can be developed just as much, if not more, when partners have separate finances. Having at least one separate bank account from your spouse doesn’t rule out the need to be a team around finances. In fact, keeping some measure of autonomy in a marriage can foster a healthy environment for both partners and support long-term relationship satisfaction.

My husband and I refer to 90% of our money (income, savings and investments) as “our money”. I even pivoted my language after marriage to refer to the student loans he carried as “our student loans” while we worked to pay them off together. (We had many conversations pre-engagement and then pre-marriage about how we would handle money after saying “I do”. At first, my husband was reluctant to accept the idea of my helping pay his student loans post-marriage. But in my mind, no matter whose income went towards paying them off, those loans would affect our overall financial situation as a couple, making it our problem to solve.)

The 10% of our money that goes into separate accounts doesn’t undo all the work we’ve done to build a life together. It actually helps reduce inane nitpicking. We still want to spend money in ways the other might not totally get, so it helps to each have discretionary spending money deposited into our individual accounts every month.

Having a single separate account per person can create dangerous territory for some couples depending on how those accounts are funded. No matter who earns what, the monthly discretionary spending money should be the same per person. Prorating based on income can create a sense of entitlement and separation. For example, I out-earn my husband, but we both have the same amount of spending money each month, and it’s based on what makes sense for our overall household budget and other financial goals.

It’s critical you put the financial needs of your partnership before the funding of individual accounts to foster unity. Otherwise, it’s easy to become territorial and entitled.

On the flip side, being 100% separate is challenging. It works for some couples, especially those who may have been married before or have children from other relationships. But overall, having separate financial households under the same roof requires a different kind of trust, a lot of communication and good management. If spending is completely siloed, it can be a breeding ground for conflict if one person begins to earn and spend significantly more.

There’s another simple reason I’d argue for keeping some money separate: finances are one of the ways abusers can attempt to control their victims and keep them from leaving. Financial dependence, with or without abuse, is a common reason many people — but more often women — stay in marriages they’d rather end. While secret accounts are often considered financial infidelity, your safety takes precedence. Should you find yourself in a situation you need to leave, then having an account you don’t disclose is perfectly acceptable.

In a healthy, non-abusive relationship, you should openly discuss your desire for an account just in your name. Explain the family history or personal experiences that makes you feel the need to have some separation. It’s not a reflection on your partner but rather what’s best for your wellbeing.

It’s easier to talk about money if everything is completely streamlined in joint accounts that both parties can easily access. Having any level of separation requires more communication, especially if each person is responsible for different bills. Following up about what got paid or which investments were funded can, of course, be tedious. So, should you find yourselves constantly bickering about finances, perhaps joint banking is the method for you.

The bottom line is, you have to communicate to find a strategy that works for you. And once you do, stick with it.

PIETER HUNDERSMARCK: Play your own game according to your own rules (and stick ...

PIETER HUNDERSMARCK: Play your own game according to your own rules (and stick ...