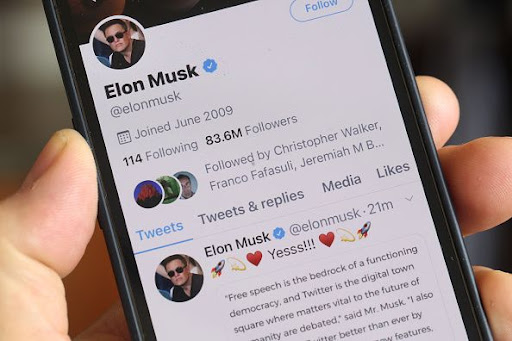 Commenting on his own quest to take over Twitter, Elon Musk has suggested he might share with the public the code that determines what content gets promoted on the platform and what gets suppressed. That may sound exciting and it might well increase profit for Twitter, but average users will probably find it makes their experience worse.

Unfortunately, even a carefully curated feed can contain a lot of unwanted content — from semi-interesting dunks on other tweets and titbits of provocative but maybe false information — mixed in with truly interesting and timely nuggets. The recommendation algorithm that decides the order in which these items appear has a profound effect on whether the user is delighted, confused or bored.

But “opening up” that algorithm could bring people a great deal more unwanted content.

It probably would not, as some have suggested, make it easier for other platforms to compete with Twitter. The recommendation algorithm is probably a variation on a standard model that data scientists learn in school rather than real intellectual property. And the main obstacle to competition is Twitter’s network, not the way it’s moderated. It’s nearly impossible to get enough people sufficiently addicted to your new platform to create a big, ongoing conversation (just ask Donald Trump).

In any case, the vast majority of Twitter users will not be able to make use of the open-source code, because code is typically hard to read even by those who have written it.

However, there is a third group that might be eager to see open-source Twitter code: folks who hope to use it to game the system to make their tweets go viral. They, too, may well be disappointed, because using the code will require real-time metrics they won’t have. They won’t get to see the constantly evolving data the code relies on.

Even so, open-source code might spell out the types of things that cause a specific tweet to get promoted. It may turn out, for example, that the number of followers you have matters, or that the number of retweets in the past four minutes matters, or that what matters is the product of those two things. But even knowing that information, it would take a lot of work, and possibly a lot of money, to game the system for the sake of making a tweet go viral. In any case, once the code is opened and scoured, expect its weaknesses to be exploited for that kind of explicit gaming.

Since Musk has so far only floated the idea of open-source code, it’s not clear just how much of Twitter’s algorithms would be made public. Would the opening include stuff that may be hardcoded but also could be considered “data”, such as the list of words or phrases that, if used, are automatically censored or cause accounts to be turned off? Such a list would be especially interesting to people who want it to be shorter, or entirely removed. I suspect this is exactly the conversation Musk wants to encourage on the basis of free speech. If so, it will be a slugfest.

If the platform is opened to greater use of offensive language, that probably won’t improve the atmosphere for the average user. It will mainly appeal to those seeking attention and outrage — Twitter users like Musk himself.

There is fear that unbridled free speech could spiral into misinformation and hate speech, leading advertisers to dissociate themselves from Twitter
Companies
3 months ago