The longer inflation persists, the greater pressure there will be to incorporate cost-of-living adjustments in pay 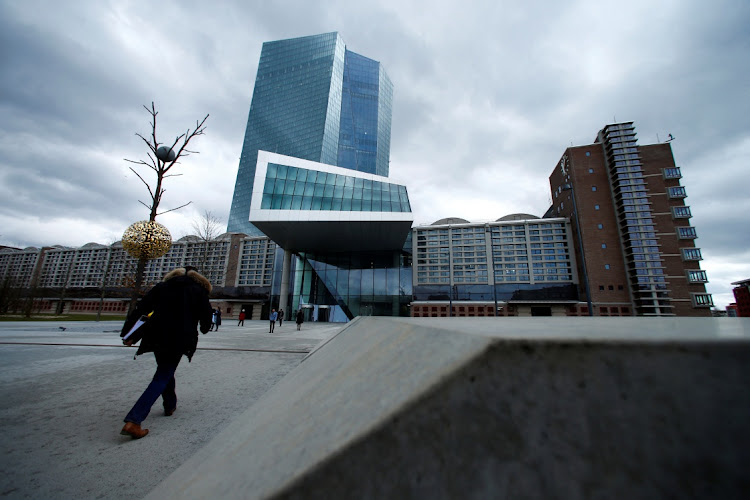 When consumer prices began soaring in 2021, a trade union representing staff at the European Central Bank (ECB) demanded their wages increase in lockstep with inflation.

This grassroots effort to index pay to price increases was ultimately unsuccessful, but it was incendiary stuff coming from the supposed guardians of euro-area price stability. Indexation, after all, can determine who is shielded from inflation — and who suffers from it.

From the ECB’s perspective, it’s fortunate that the practice of linking wage raises to the inflation rate is less common now in Europe than it was in the 1970s. Inflation is increasing at an annual rate of 7.4%, and the bank is desperate to avoid a spiral whereby higher consumer prices beget higher wages, which further lift the price of goods and services. Not indexing wages to rising prices makes those dreaded second-round inflation effects less likely — but the cost is borne by workers whose purchasing power gets diminished.

The longer inflation persists, though, the greater pressure there will be to incorporate cost-of-living adjustments in pay. Asking people to simply forgo big salary increases, as Bank of England governor Andrew Bailey rather insensitively did in February, won’t cut it. Workers right now also have some leverage: Eurozone unemployment is at historic lows, and organised labour retains a strong voice on this side of the Atlantic. This week, an influential trade union representing German steel employees demanded an 8.2% pay increase.

Workers have reason to feel short-changed, too. Indexation is widely used in the economy to protect the real value of payments. Companies, for example, frequently insist on indexation clauses, allowing them to pass on raw material price increases and other costs to clients. Regulated utilities, telecom companies and commercial real estate providers are particularly skilled at this. No wonder corporate profits are still going gangbusters.

State pensions are also fairly well protected from inflation. Almost all euro-area public pension plans are fully or partially indexed, as is US social security, which rose by 5.9% in 2022, the largest bump in 40 years.

Pensioners can still experience a real income squeeze due to the time lag between when prices rise and when benefits payments go up. That’s why French President Emmanuel Macron promised retirees their pensions would be reindexed from the summer instead of from January. In contrast, UK state pensions this month rose by just 3.1%, the inflation rate that applied last autumn , which is less than half the now prevailing rate of price increases.

Indexation also has an important role in taxation, normally to prevent workers from being penalised when nominal wages rise. Boris Johnson’s government, however, last year froze indexation of key income taxation thresholds until 2026. That means rising nominal wages will cause more UK earners to fall into a higher tax bracket, exacerbating the cost-of-living squeeze. The Treasury is poised to collect more than £20bn (R400bn) in extra revenue thanks to the freeze, far more than originally anticipated.

Manipulating indexation is stealthier than an outright budget cut, and the UK has shown quite a talent for it. Consider the financing of English universities: Institutions have been barred from hiking tuition fees beyond the current £9,250 cap, so in real terms their funding will decline for a further two years. Yet students who borrow from the government to pay those fees are set to be hit with inflation-linked interest charges of as much as 12% until an interest-rate cap comes into force next year.

Of course, the British government faces a big bill of its own due to the soaring cost of servicing inflation-linked borrowings. Indexed interest payments added £35bn to UK debt interest costs in the year to March or around half the total, the Office for National Statistics revealed this week. European governments face a similar predicament.

One area where indexation remains uncommon, however, is wages. Economists and employers would say this is for good reason: Beyond the risk of a private and public sector wage-price spiral, tying employee earnings to the cost of living can make it harder for companies to adjust to economic shocks or manage a decline in their own productivity and competitiveness. If all incomes are protected, there’s also less societal pressure to stamp out inflation.

Belgium, Luxembourg, Malta and Cyprus are the only euro-area countries to require that inflation developments are automatically reflected in wage-setting, according to the ECB. These account for just 3% of euro-area private sector employees. Around one-fifth of euro-area public sector wages are also indexed to inflation.

But such arrangements could become more popular as trade unions push for cost-of-living allowances. Besides the German steel workers I mentioned, there’s evidence Spain is readopting wage indexation, having largely abandoned the practice in the wake of the 2009 recession.

As the war in Ukraine and soaring commodity prices continue to sap economic confidence and the growth outlook, job security, rather than inflation-beating pay hikes, may be the priority. Eventually, though, sagging real incomes may spark a political powder keg.

Rather than call for workers to spurn pay rises, governments should encourage companies to reinvest profits in the production of goods, services, commodities and clean energy, which in the long run will help curb inflation by rebalancing supply and demand. It’s imperative, too, they help the poorest withstand the cost-of-living squeeze, either via direct fiscal transfers, a cap on household energy bills or by indexing minimum wages to consumer prices. Meanwhile, tighter antitrust enforcement can help redress the imbalance between companies, which have too much pricing power, and workers, who have too little.

Thanks in part to differences in indexation, the inflation burden won’t be uniformly shared. How long until workers find their voice? Central bankers hope they don’t.

Producer inflation accelerates to 11.9% as rand at R16/$ weakens for ninth consecutive day
Economy
2 months ago

Unions to make a case for public-sector wage increases above 5.9%
Economy
2 months ago
Next Article