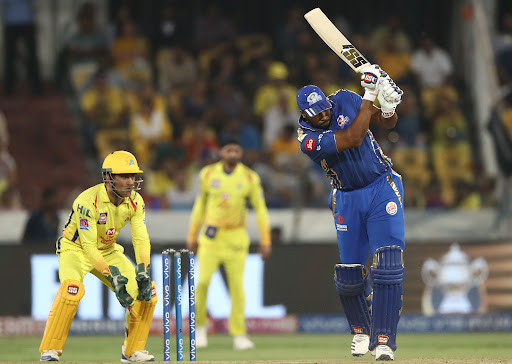 A match between the Mumbai Indians and the Chennai Super Kings Picture: BLOOMBERG.

Their bruising battle for control of a bankrupt Indian retailer isn’t over yet, and two of the world’s richest men are already heading for a second round in their contest — this time on the cricket field.

Mukesh Ambani, the petrochemicals and telecommunications tycoon, is expected to vie for broadcast and streaming rights of the Indian Premier League via his flagship Reliance Industries , going up against a rival bid by Amazon. Both Amazon chairperson Jeff Bezos, the second-richest person in the world, and Ambani, No. 9, want to dominate India’s large — and still highly informal — retail industry. To that end, what could be a better route to commerce than cricket, the national passion of country’s 1.4-billion people?

IPL is as big a business in India as it is a craze: The total viewership of last year’s edition ran into 242-billion minutes. In 2017, Star Sports, the previous winner of the five-year deal for television and digital rights, paid $2.55bn (R40bn) under Rupert Murdoch’s stewardship. When Facebook joined that fray, offering $600m (R9.3bn) to livestream the matches, the Australian-born media mogul got a warning shot about how quickly the media landscape was changing. He went and sold his 21st Century Fox assets to Walt Disney.

Now owned by Disney, Start Sports recently hawked 10-second TV spots for more than 1.7-millions rupees ($22,000) apiece. To that, add the subscription and advertising revenue from the Disney+ Hotstar app, where the matches are shown live, and the current take — plus the growth potential — could easily justify a winning bid in excess of $5bn (R77.7bn) this time around.

The cricket league is a testament to the growing heft of emerging-market consumers. Amazon’s Prime Video will get an edge over Netflix and Disney in India if it can snag the streaming deal. The importance of that is not lost on Ambani, who wants his own consumer empire to sit atop the three pillars of carriage, content and commerce. With 400-million-plus customers, Reliance’s Jio is the country’s largest telco. As his subscribers burn through their data plans to watch cricket, Ambani gets a chance to exploit their love of the game to not only earn advertising dollars but also sell them more stuff — provided the eyeballs are glued to his media properties rather than his competitors’.

And Amazon, which livestreams English Premier League soccer,  is just one of those rivals. Reliance failed to get into the driver’s seat at Zee Entertainment Enterprises , the country’s largest publicly traded TV network. Zee is combining instead with Sony Group . Never mind. If Ambani secures the rights to the Super Bowl of India, he could take on Zee-Sony, a very real possibility now that he’s reportedly in talks with Murdoch’s son James and his trusted lieutenant Uday Shankar, Star TV’s former India boss, for a 39% stake in Viacom18, Reliance’s local television-content joint venture with ViacomCBS. Sony will also very likely bid for IPL. If Americans can take to the sport of the erstwhile British Empire, so can the Japanese.

Ambani’s involvement with cricket extends beyond media rights. He also owns the Mumbai Indians, whose five title wins since the league began in 2008 have made it the most successful IPL team. The franchise gives Ambani the opportunity to introduce his children to the art of buying players on a budget, steeping them into the much bigger capital allocation decisions that await them as the 65-year-old gets ready to pass on the leadership of his empire to the next generation. Control of the team also qualifies the Indian businessman for the title of the richest sports team financier on earth. Depending on share prices, that crown keeps passing between him and Microsoft’s former CEO Steve Ballmer. The owner of Los Angeles Clippers, a professional basketball team, was Ambani’s classmate at Stanford University’s business school. (Both of them dropped out.)

India’s media has thrown out names from Meta Platforms (formerly Facebook) to Alphabets YouTube and Apple as likely contenders for the media-rights auction on June 12. Since Alphabet’s Google and Facebook have equity stakes in Jio, it’s doubtful if they will want to enter an overcrowded bidding war. Apple just got busy with Major League Baseball in the US, and needs to sell more phones in India before it can monetise Apple TV+. Netflix may well want to steady its core business after losing 200,000 customers in the first three months of the year. India won’t be of much help to its sagging stock because it can’t yet deliver rich-country pricing.

Ambani, Amazon and incumbent Disney are the most obvious hopefuls. Viewer fatigue with the match format, leading to a drop in ratings, is the biggest risk to the successful bidders for domestic and overseas TV and digital rights. For Ambani and Bezos, though, the game is about much more than just advertising dollars. A large captive audience for 65 days in a year, five years in a row can do wonders for their own offline and online retail ambitions in India. Which is why everyone is looking to the duo to be the most aggressive.

Reliance has taken physical control of many of the stores of the unprofitable Future Retail , which agreed in 2020 to sell its assets to Ambani to repay creditors. Amazon is trying to block the deal for alleged breach of contract as Future’s founder took money from the e-commerce giant, promising not to sell the business to Ambani. If that legal battle is any guide, the audience on June 12 should get its money’s worth of entertainment.

KEVIN MCCALLUM: Shane Warne’s flaws were legion, but so was his generosity