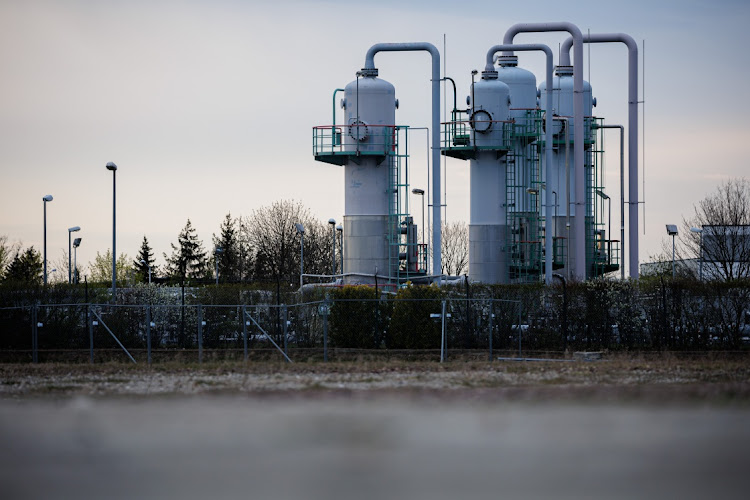 The lights are dimming over the Russian oil industry — literally.

The Kremlin is doing its best to conceal the full impact of formal and informal energy sanctions after its invasion of Ukraine. But Moscow can’t hide from the satellites above Siberia that measure the amount of light its oilfields emit as unwanted gas is burned, or flared: the higher the production, the more flaring and the more light — and vice versa.

The flaring data, combined with anecdotal information from traders and leaks of official Russian statistics, suggest that eight weeks into the war, Moscow is finally succumbing to the impact of government-imposed penalties and companies’ self-sanctions. On average, Russian oil output is down 10% from its pre-war level.

More production losses are likely as Western refiners and traders walk away from Russia upon the expiry of supply contracts in coming weeks. The EU is also considering the first steps to reduce its purchases of Russian oil, trying to find ways to sidestep German opposition to the measures.

“We are currently developing smart mechanisms so that oil can also be included in the next sanctions package,” EU Commission president Ursula von der Leyen told the Bild am Sonntag newspaper.

For consumers — and central banks in inflation-fighting mode — declining Russian production signals the beginning of a second, and likely longer lasting, wave of oil price increases. For Vladimir Putin, the stakes are even higher: revenue from oil and gas sales has so far helped cushion the blow of international sanctions, stabilising the rouble and financing his military machine. A lasting decline in production that outweighs any price increase would be a longer-term headwind for Russia’s economy on top of the direct costs of the war.

The first phase of the oil-price shock from Putin’s invasion was as intense as it was brief. Russian output proved more resilient than expected; China’s Covid-19 lockdowns reduced demand, and the US and its allies released millions of barrels from their strategic reserves. Brent, the global oil benchmark, initially surged to $139.13 a barrel on March 7 in the first days of the Russian military campaign but retreated nearly 30% to a low of $97.57 by April 11.

The second phase is likely play out in slow motion over a longer period, risking more economic havoc. Brent crude has already climbed back to near $110, and prices will probably rise gradually as the market absorbs the supply losses. Seasonal peak demand is still two-and-a-half months away, with the summer holiday period of the northern hemisphere, and retail petrol prices are sure to climb.

Brent has averaged $99.20 so far this year. In 2008, when prices hit an all-time high, the average price year-to-date at this time of year was $98.40. The only potential relief is bad economic news: a recession in the US and Europe is the clearest obstacle to $100-plus oil.

Russian output is likely to drop further in coming months, judging by statistics from OilX, a consultancy that uses imaging data from Nasa satellites to measure flaring. It estimates that output fell earlier this month to a low of 9.76-million bbl/day. On average, Russia pumped about 10.2-million bbl/day in the first two weeks of April. While the losses appear to have stabilised in recent days, April represents a big drop from the 11.1-million of February, before the impact of the invasion of Ukraine, and the 11-million of March.

The behaviour of Russian oil companies highlights the declining international demand for their product. State-controlled Rosneft is trying to sell millions of barrels of crude in Europe and Asia via tenders that close on Thursday. Typically, Rosneft sells via long-term deals with commodity traders such as Vitol, Trafigura and Glencore. But Western traders face a deadline of May 15 from the EU that restricts their dealings with Rosneft and several other Russian companies to “essential” activity needed to supply the EU.

What that essentially means is open to interpretation, and for now many traders are simply reducing their dealings. If the production losses so far in April continue and deepen in May, as many in the industry expect, the laws of supply and demand will take over. Oil markets are like the proverbial tanker: they take time to turn. But turning they are. And that means prices are heading higher, again.

The EU vows to punish the Kremlin for war crimes, but the union will have to continue buying Russian gas at $200m a day
Opinion
4 months ago

Wholesale and retail prices surged last week to an all-time high, surpassing the peak set in 2008
Opinion
5 months ago

JAVIER BLAIS: This is how to try to replace millions of barrels of Russian oil a day

Emergency measures, akin to those deployed by central banks during the 2008-2009 financial crisis, are needed to overcome the supply shock
Opinion
5 months ago
Next Article