PAUL J DAVIES: Jamie Dimon is prepared to spend what it takes to win

Chase UK is ground zero of an international consumer business 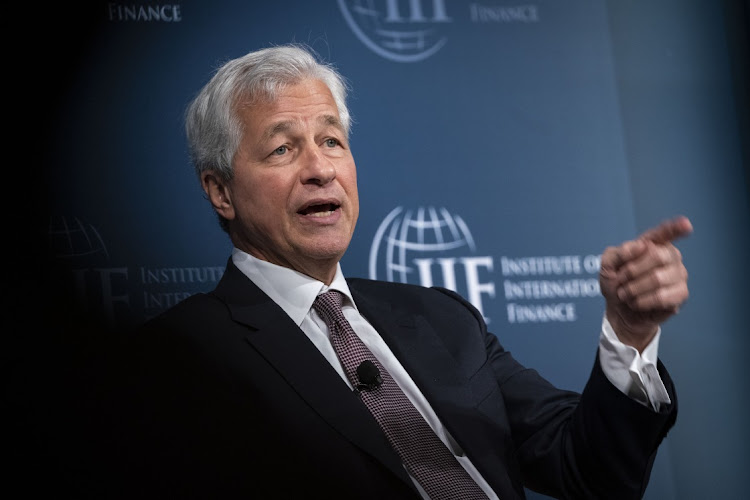 Chase UK has many finance folk scratching their heads. Britain doesn’t need another online-only bank. It already has a host of scrappy upstarts making little headway against a handful of dominant traditional lenders.

So why is JPMorgan Chase spending time and money pursuing UK customers? If it wins a couple of percentage points of market share, the profit would surely be no more than a rounding error for the largest US bank.

CEO Jamie Dimon has been catching some rare flak from analysts and investors for giving limited detail on a step-up in technology costs. The bank’s shares dropped sharply after its full-year results in January when it said expenses in 2022 would be higher and returns lower than expected due partly to $3.5bn of extra investment.

With two decades of success behind him, Dimon has earned the right to expect trust and patience from shareholders, analysts say, although some worry that he might be empire-building in his later years. Chase UK, launched last September, is one small element. JPMorgan has also spent on things like a 40% stake in Brazil’s digital C6 Bank and the takeover of restaurant review site, The Infatuation.

Recognising the unease, the bank has promised more detail at an investor day in May following its first-quarter results on Wednesday.

Dimon sees competition everywhere — from Citadel Securities in financial markets to payments company Stripe, and even Apple. He wants to spend what it takes to win. Many of these competitors are going after JPMorgan in its own backyard, so fighting for a sliver of British banking against the likes of Monzo or Starling Bank looks like a distraction from defending its core businesses.

But Chase UK mostly isn’t about the UK. Its significance will be as a laboratory — a testing ground for infrastructure, technology, products and ideas. What JPMorgan learns there can be used to modernise its core Chase US retail bank and be the foundation of a string of digital-only offerings elsewhere. Chase UK is ground zero of an international consumer business.

To make good money in the UK alone, a traditional bank needs a market share of 20% or more, like Barclays Plc or Lloyds Banking Group. But the scale of a digital-only Chase bank needs to turn meaningful profits across multiple countries is maybe only a few percentage points share in each.

The UK is a good place to build and test new ways of doing things: It’s a dynamic market where people are comfortable handling their finances on their phones and the regulator has a good understanding of the benefits and risks of using cloud computing.

The cloud is at the heart of what banks like JPMorgan are trying to do. Analysts have focused on the savings available once the difficult and risky business of moving operations from antiquated mainframes is done. Mike Mayo, an analyst at Wells Fargo, for instance, has estimated banks could shave between 20% and 40% from IT costs.

But this is half the story. Modern banks need to be on customers’ laptops and smartphones, just like shopping, media and your social life. It’s relatively easy to build banking apps; the real pain is in getting them to interact with the old accounting and ledger systems. To do this, banks have to get software engineers to create middleware — a catch-all term for whatever you need to communicate between the new world and the old. To launch new products or change what the customer sees, banks often have to rewrite all the middleware too.

That makes updates slow and means they are done in large irregular rollouts, always with the risk that some bit of miscoding might hurt stability. Bank customers — and more importantly, regulators — have minimal tolerance for failure.

Chase UK is built entirely in the cloud. This is doable now because, partly, companies like Thought Machine, founded by a former Google software engineer, and 10x Banking, started by former Barclays CEO Anthony Jenkins, have developed cloud-based tools for bank-specific problems, like instant updating of deposit balances.

Experimenting like this in a dynamic but — for JPMorgan — relatively inconsequential market is much safer than doing it where millions of US customers rely on Chase functioning smoothly every minute of every day. What infrastructure works in the UK can be industrialised more quickly in the US next. And what doesn’t work can be ditched quickly and easily.

The same goes with products: what kind of savings account, which card rewards, what layout of banking app with which button of what colour and size where on the screen …? In a fully-cloud-based bank, these questions can be tested rapidly with different users at the same time, all on live accounts. Like testing different memes to see which go viral and which disappear into the infinite void. This is impossible on old systems. Again, the know-how gleaned about what to test and how will be useful back home.

Lastly, Chase UK is designed to be adaptable to the different regulatory and reporting requirements and the different payments systems of different countries. For a traditional bank, only about 20%-30% of its existing products and systems might be usable when opening in a different country. For a cloud-based bank, that’s more like 70%. In his recent shareholder letter, Dimon said that once banks move to the cloud, they may be able to add products and services at zero additional cost.

So what does the prize look like? It will be a while before we know. In five years, Goldman Sachs’s digital upstart, Marcus, has landed 10-million customers and $110bn in deposits. But its consumer-banking revenue was just 2.5% of the group’s 2021 total, and the consumer and wealth management division as a whole made a return on equity of only 4%.

After years of watching fintech start-ups try out different products and approaches, many big banks now know what they want to do and how they want to do it. Chase UK is just one of many laboratories JPMorgan and its rivals are quietly kick-starting right now. The payoffs aren’t certain at all, but the need to experiment and improve technology is now a cost of just staying in the game.

Could NFTs be the stepping stone to the financialisation of anything and everything?
Opinion
4 months ago

PAUL J DAVIES: Why the bank bonus bonanza will run out

1.
From the Rhine to the Tigris, hear their voices
Opinion
2.
Gen Z picks beach over budget, but will the money ...
Opinion
3.
THERESE RAPHAEL: Millions of Brits queue for ...
Opinion
4.
BIG READ: The Chinese Century is here? That’s ...
Opinion
5.
MARCUS ASHWORTH: Why did the inflation figure ...
Opinion

1.
From the Rhine to the Tigris, hear their voices
Opinion
2.
Gen Z picks beach over budget, but will the money ...
Opinion
3.
THERESE RAPHAEL: Millions of Brits queue for ...
Opinion
4.
BIG READ: The Chinese Century is here? That’s ...
Opinion
5.
MARCUS ASHWORTH: Why did the inflation figure ...
Opinion