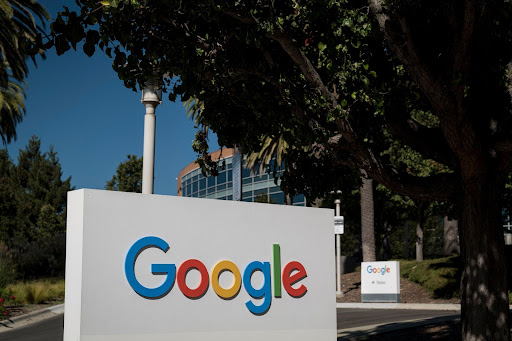 Google’s groundbreaking DeepMind unit makes a pledge on its website to “benefit humanity” through research into artificial intelligence. It may need to solve a more practical problem first: allowing staff to speak freely about alleged mistreatment in the workplace.

An open letter published last week by a former employee criticised DeepMind for stopping her from speaking to colleagues and managers soon after she started being harassed by a fellow employee. The senior colleague subjected her to sexual and behavioural harassment for several months, she said, and she claimed it took DeepMind nearly a year to resolve her case.

The complaints have been an embarrassment for DeepMind, and the company says it erred in trying to keep its employee from speaking about her treatment. But it’s clear that DeepMind has a lot of work to do to confront a broader culture of secrecy that led some at the organisation to attempt to suppress grievances rather than work quickly to address them.

No matter how much workplace training companies conduct with their staff, some people will behave badly. Sexual harassment is experienced by close to a third of US and UK workers. Where a firm really shows it has a handle on the problem is in how it deals with complaints. That is where Google’s DeepMind seems to have fallen short.

The former DeepMind employee wrote that she was threatened with disciplinary action if she spoke about her complaint with her manager or other colleagues. And the process of the company’s sending her notes and responding to her allegations took several months, during which time the person she reported was promoted and received a company award. DeepMind said in a statement that while it “could have communicated better throughout the grievance process,” a number of factors including the Covid-19 pandemic and the availability of the parties involved contributed to delays.

It’s discouraging but perhaps not surprising that an organisation such as DeepMind, which proclaims such high ideals, would have trouble recognising that harassment and bullying are occurring within its walls, and that it would try to suppress discussion of the problems once they surfaced.

In an interview, the writer of the open letter told me that she herself had “drunk the Kool-Aid” in believing that nothing bad tended to happen at DeepMind, which made it hard to come to terms with her own experience. (Bloomberg Opinion verified the former employee’s identity but agreed to her request for anonymity over concerns about attracting further online harassment.)

She noted that DeepMind cared about protecting its reputation as a haven for some of the brightest minds in computer science. “They want to keep famous names in AI research to help attract other talent,” she said.

A DeepMind spokesperson said the company had been wrong to tell its former employee that she would be disciplined for speaking to others about her complaint. He said DeepMind, which Google bought for more than $500m in 2014, took all allegations of workplace misconduct extremely seriously, and that it “rejected the suggestion it had been deliberately secretive” about staff mistreatment. The individual who was investigated for misconduct was dismissed without severance, DeepMind said in a statement.

Yet other employees seem to have got the message that it is better not to rock the boat. Matt Whaley, a regional officer for Unite the Union, a British trade union that represents tech workers, said he had advised staff members of DeepMind on bullying and harassment issues at the division. They showed an unusually high level of fear about repercussions for speaking to management about their concerns, compared with staff from other tech firms that he had dealt with.

“They didn’t feel it was a culture where they could openly raise those issues,” Whaley said. “They felt management would be backed up no matter what.” Whaley added that DeepMind staff were put off by the way that the division had appeared to protect executives in the past. DeepMind declined to comment on Whaley’s observations.

Here’s an example that wouldn’t have inspired confidence: In 2019 DeepMind removed its co-founder, Mustafa Suleyman, from his management position at the organisation, shortly after an investigation by an outside law firm found that he had bullied staff. Then, Google appointed Suleyman to the senior role of vice-president at the US tech giant’s headquarters in Mountain View, California. DeepMind declined to comment on the matter. Suleyman also declined to comment, though in a recent podcast, he apologised for being “demanding” in the past. Earlier in April, he launched a new AI start-up in San Francisco that is “redefining human-computer interaction”. Suleyman wasn’t involved in the harassment complaint that has more recently come to light.

Since its investigation into the former employee’s claims concluded in May 2020, DeepMind said it had rolled out additional training for staff who investigated concerns, and increased support for employees who lodged complaints.

But the former employee is pushing for a more radical change: ending nondisclosure agreements (NDAs) for people leaving the company after complaining about mistreatment. She wasn’t offered a settlement and so wasn’t asked to sign such an agreement.

NDAs were designed to protect trade secrets and sensitive corporate information, but they have been at the heart of abuse scandals and frequently used by companies to silence the people behind claims. Victims are often pressured to sign them, and the agreements end up not only protecting perpetrators but allowing them to reoffend.

Harassment doesn’t fall under sensitive corporate information. It certainly isn’t a trade secret. That’s why NDAs shouldn’t be used to prevent the discussion of abuse that may have taken place at work.

There are signs of progress. California and the state of Washington recently passed laws protecting people who speak out about harassment even after signing an NDA. And several British universities, including University College London, pledged this year to end the use of NDAs in sexual harassment cases.

DeepMind said it is “digesting” its former employee’s open letter to understand what further action it should take. A bold and positive step would be to remove the confidentiality clauses in harassment settlements.

As with any company that takes this step, it might hurt their reputation in the short term to allow staff members to talk more openly about misbehaviour on social media, in blogs or with the media. But it will make for a more honest working environment in the long run and protect the wellbeing of victims. High-ranking perpetrators of harassment for too long have been protected out of concern for a clean corporate image. In the end that doesn’t inspire much trust in organisations, even those that want to benefit humanity.

Scientist Timnit Gebru has set up an AI research group one year after getting fired from Google, but she and others are fighting an uphill battle.
Opinion
8 months ago

JOHAN STEYN: AI is only starting out and yet to reach puberty