What Australian rabbits can teach us about Covid-19 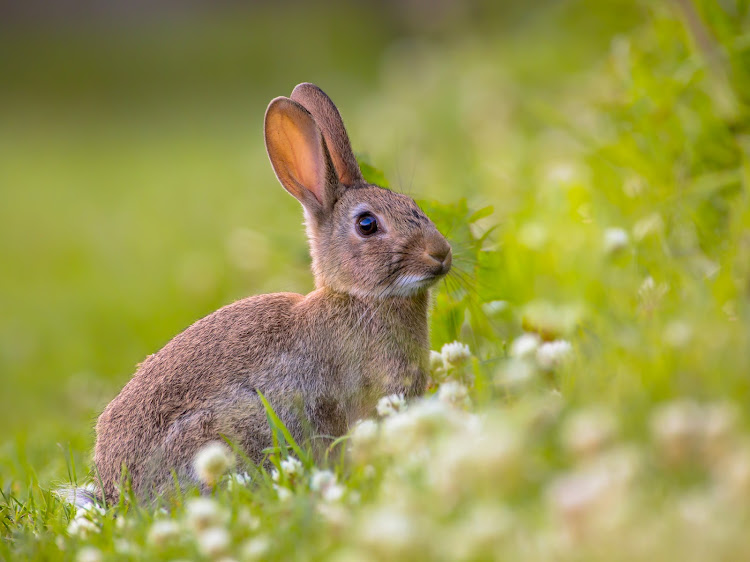 Rabbits were the victims of the deadliest epidemic in recent history — a germ warfare attack, really — with a virus that killed off more than 99% of the 100-million rabbits inhabiting Australia in 1950. However, the virus didn’t “win” — both the virus and the rabbits are still around today and continue to influence each other’s evolution.

There’s a lot scientists can learn from Australian rabbits about the long-term future of Covid-19. That future depends on how the virus evolves. And while evolutionary biology can’t predict precisely how it will evolve, it can lay out some possibilities. Viruses cannot only change in transmissibility and virulence, they can alter the way they get into cells, start infecting different part of the body, or find new ways to evade an animal’s immune system.

The case of Australia’s rabbits is particularly instructive. European rabbits, brought to Australia by humans, overran the country and devoured its farmland. In a desperate attempt to remedy the problem, scientists working with the Australian government released a virus called myxoma, which is endemic to other animals and was thought to be unlikely to make a jump to humans.

“It was the biggest, most devastating outbreak of virus for any vertebrate that we know of,” says Andrew Read, a Penn State University evolutionary biologist who studies pathogens and their hosts. “The virus was extremely virulent ... it killed 99.9% of rabbits.”

The virus was extremely virulent … it killed 99.9% of rabbits.

But a few rabbits carried a winning combination of genes that allowed them to survive the attack. Their descendants, armed with better resistance, allowed the species to bounce back, though the rabbits have never reached their previously copious numbers.

The myxoma virus is continually spawning new variants, and at first made these infections seemed milder. But then the disease became deadlier and started killing in a different way — by suppressing the animals’ immune systems. In the end, the rabbits and the virus reached a stalemate.

In the Covid-19 pandemic, it’s been hard to quantify how much the new variants of Sars-CoV-2 have changed in their intrinsic virulence and transmissibility, because multiple things are changing at once — the virus is evolving while we’re gaining different degrees of immunity through vaccines and past infections.

With the rabbits, though, it was possible to distinguish changes in the virus from changes in host resistance by subjecting lab rabbits, which hadn’t had the chance to evolve resistance, to the most current iteration of the virus. The effect was brutal. The virus had clearly become more lethal than the 1950s’ version, killing the lab rabbits by causing immunosuppression and uncontrolled bacterial infections. Scientists were also able to infect wild rabbits with the older variants of the virus, showing they’d become much more resistant than the 1950 population had been.

One major difference between that pandemic and ours is that the rabbits are changing through evolution, since they breed so quickly, and the changes are primarily in a component of the immune system called innate immunity. This is a first line of defence, which fights off all pathogens, as opposed to the more targeted second line of defence called the adaptive immune system, which uses antibodies and immune cells to fight a specific virus or other pathogen.

That’s why the lab rabbits, which hadn’t evolved resistance, died from bacterial infections after getting infected with post-1990s myxoma. The virus was disabling the innate immunity they needed to fight off other infections. The wild rabbits had evolved enhanced innate immunity, primarily through production of compounds called interferons, but the virus continues to this day to become deadlier, and the rabbits have adapted by becoming evermore resistant.

Unlike the rabbits, we’re fighting the Sars-CoV-2 pandemic primarily with that second line of defence — adaptive immunity. To keep one step ahead of the virus, scientists are trying to figure out what new tricks the next Sars-CoV-2 variant might use. “If you look at the long list of tricks that viruses have to evade immunity, there’s a lot of scope — way, way beyond simply changing the shape of the spike protein,” said Read.

Omicron has opened scientists’ eyes to the possibility that Sars-CoV-2 can throw off radically different variants that behave in new ways once inside the human body. Omicron seems to affect the upper respiratory system rather than the lower, and it’s changed the system it uses to get into cells.

There’s now strong evolutionary pressure on any new variant to evade antibodies generated by the vaccines or infection with earlier variants. Read says he also worries that a new variant could disable our innate immune systems the way the myxoma virus did in the rabbits.

But that’s a worst-case scenario, and those rabbits don’t have vaccines or an improving arsenal of antivirals. (They also have an ostensibly more intelligent species — us — actively trying to kill them.) There are plenty of more optimistic possibilities, including new variants of Sars-CoV-2 that are less deadly — more like the coronaviruses that cause common colds.

The important thing is that scientists and public health authorities remain vigilant about new variants and pockets of unusual forms of the disease, and that all of us accept that the virus could remain unsettled and changeable for months to come.

VW to give green light for Audi, Porsche to enter F1 — sources

VW to give green light for Audi, Porsche to enter F1 — sources