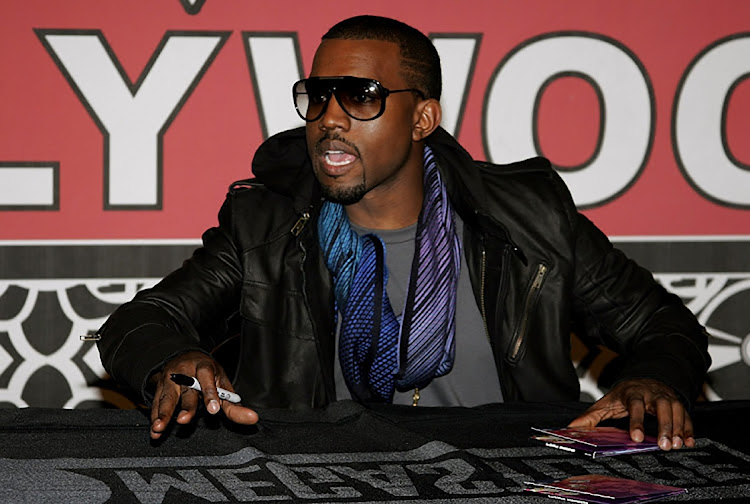 Gap has a Kanye West problem.

The retailer’s shares rose the most in at least 40 years in June 2020, when it revealed its multiyear collaboration with Ye, as the rapper is now known. He is designing a line of apparel for the group’s namesake brand.

Signing Ye was a coup for the then-struggling chain. But as the musician’s personal life captures the public eye, the tie-up risks becoming a liability. Now the group will need to make choices about the association.

Gap’s Instagram posts have been filled with comments imploring the retailer to end its partnership, followed by a countereffort by Ye fans calling for the company to maintain it.

Last week, Ye was served a 24-hour suspension from Instagram after he directed a racial slur at The Daily Show host Trevor Noah. Noah had used a portion of his show to express concern about Ye’s treatment of his ex-wife Kim Kardashian and her boyfriend, the comedian Pete Davidson. Multiple news outlets reported that, because of the behaviour, Ye will not be appearing at the Grammy Awards early in April. And a Change.org petition calling for Coachella to drop him as a headliner has gathered more than 40,000 signatures. Gap and Ye did not return requests for comment.

A high-profile collaborator using social media to target a woman and her partner puts the Gap brand at risk. The company was founded in San Francisco in 1969 by husband and wife duo Don and Doris Fisher, and now has a female CEO, Sonia Syngal. The scandal also sits uneasily with the values of Gap’s Athleta fitness-wear brand, which positions itself as a women’s champion, and those of family-friendly Old Navy. These divisions are the group’s growth engines.

But walking away from Yeezy Gap would be a serious setback for the group’s turnaround plans. (Yeezy is Ye’s extension into fashion and encompasses his footwear partnership with Adidas. Yeezy recently announced a new head of design, perhaps seeking to distance itself from its founder.)

The retailer has pinned its hopes on Ye making the Gap brand cool again. He brings a link with street wear and also has connections to high fashion — which paved the way for the recent innovative three-way tie-up with Kering SA’s Balenciaga.

Bloomberg News reported that Gap envisages the Yeezy line becoming a $1bn brand within eight years. For context, the Gap division generated sales of $4bn in the year to January. But given the limited extent of the Yeezy offering so far — early releases immediately sold out —  it’s hard to determine just how much benefit Gap is getting. What’s clear is that the retailer’s revitalisation will be much more challenging without the partnership. Shares are down about 9% over about the past week, underperforming the consumer sector.

The Gap brand operates in the midmarket apparel segment, which is a tough place to be as consumers’ incomes are squeezed by inflation.

If the group were to part ways with Ye, it would be hard to find a replacement who would bring the same broad appeal. But a few possibilities come to mind.

Rapper Lil Nas X last year teamed up with the Brooklyn-based art collective MSCHF on the now infamous “Satan Shoes”, which drew legal action from Nike — but also generated a ton of hype. Tyler the Creator’s fashion lines have collaborated with VF Corp’s Vans and Nike’s Converse, and he recently unveiled a higher-end range.

Another possibility would be to sign up A$AP Rocky and Rihanna. The rapper has a raft of tie-ups under his belt and, until last year, Rihanna had her own clothing line with the world’s largest luxury group, LVMH Moet Hennessy Louis Vuitton. The couple are expecting their first child, so there would be many opportunities for Baby Gap, too.

A truly controversial choice would be to ditch Ye for Kim Kardashian and Davidson, a move guaranteed to get Gap trending on social media. Let’s not forget that Kardashian has created a successful underwear label, Skims, valued at $3.2bn, which would sit well with Athleta. Skims has also unveiled a collection with LVMH’s Fendi that generated more than $3m of sales within 10 minutes.

The best outcome for all concerned would be for Ye to rein in his behaviour, apologise and draw a line under recent events. Yet even in these circumstances, Gap should learn from the episode: it needs more than Ye for its reinvention. It must inject more style into Gap ranges outside the Yeezy line, and not let up in tackling operational issues. It still needs to navigate supply chain constraints and avoid going overboard with markdowns (as it has in the past).

Otherwise, a Gap-Ye break-up may turn out to be as publicly painful as the Kimye split.

PODCAST | How public relations might look in the metaverse

Discover the tracking elements that drive brand equity: what metrics to include, which data sources to combine, and how frequently to measure them
News & Insights
6 months ago

1.
JAVIER BLAS: Putin raking in oil profits as sales ...
Opinion
2.
How London had to pay through the nose to avoid a ...
Opinion
3.
Ousting of Mr ‘Voltswagen’ should cool tensions, ...
Opinion
4.
GARY SHILLING: Google searches for ‘recession’ ...
Opinion
5.
AARON BROWN: There are big differences between ...
Opinion

1.
JAVIER BLAS: Putin raking in oil profits as sales ...
Opinion
2.
How London had to pay through the nose to avoid a ...
Opinion
3.
Ousting of Mr ‘Voltswagen’ should cool tensions, ...
Opinion
4.
GARY SHILLING: Google searches for ‘recession’ ...
Opinion
5.
AARON BROWN: There are big differences between ...
Opinion