As the war in Ukraine speeds up the decline of globalisation, it’s time to start thinking the unthinkable 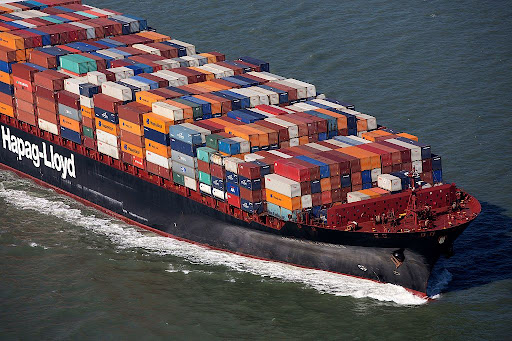 At the dawn of the 20th century, Norman Angell famously (or infamously) predicted that the era of global commercial integration had made great power conflict so costly and destructive as to be unthinkable.

A few years later, the outbreak of World War 1 proved him right about the cost and destruction, but wrong about being unthinkable. The Great War ended the first era of globalisation, and it took generations to rebuild the level of worldwide integration that pertained before the assassination of Franz Ferdinand.

Russia’s invasion of Ukraine is a much smaller conflict than World War 1, and the trade disruptions associated with the US/European quasi-embargo on Russia are smaller than the British blockade of the Central Powers. But the clash is nonetheless a giant step away from globalisation — and, unlike World War 1, it comes at a time when the world has already been moving away from economic integration: Trade’s share of global GDP peaked in 2008, and has been falling for the past decade.

So the war in Ukraine doesn’t necessarily mark sharp a break in history. But it underlines and will perhaps cement the decline of globalisation.

That decline started with a populist backlash to the Great Recession and sluggish employment growth that made the politics of saving jobs more appealing than the politics of efficiency. Eventually, the logic of geopolitical conflict entered the equation. President Xi Jinping’s “Made in China 2025” initiative, for example, isn’t about creating jobs, it’s about securing economic space for China to operate with political autonomy.

In a similar fashion, when Vladimir Putin’s Russia got hit with sanctions in 2014 after taking over Crimea, it responded not by withdrawing from Crimea but by launching a crash effort to sanction-proof the economy by emphasising domestic production. That’s been costly for Russia, which is a sparsely populated nation rich in natural resources and so really ought to be highly trade dependent economy. But it also hasn’t worked, with the current sanctions regime demonstrating that countries which seek to protect themselves from American bullying will need to reduce their dependence on international supply chains even further.

Of course, most countries don’t aspire to launch unprovoked invasions of their neighbours. Yet even actors more benign than Putin can see the value of autonomy.

Similarly, the US and Europe got vaccinated not only before low-income countries, but also before other rich countries — because they had the production capabilities. Australia’s opposition Labor Party is now vowing to try to create a domestic mRNA vaccine industry, recognising that Covid-19 won’t be the world’s last pandemic and that dependence on global supply chains is a source of vulnerability.

Meanwhile, in the US, one issue on which President Joe Biden hasn’t broken with his predecessor is trade with China. Like Donald Trump, Biden favours “decoupling” the US and Chinese economies and making the US less dependent on Chinese imports. Trump-era tariffs on Chinese goods remain in place despite inflation concerns. The bipartisan infrastructure law passed last year includes tough Buy America provisions that raise costs; one of Biden’s best-polling lines in the state of the union address was his vow “to make sure everything from the deck of an aircraft carrier to the steel on highway guardrails is made in America from beginning to end. All of it.”

Foreign nations see this, too. The sanctions regime against Russia is both extremely tough and surprisingly non-global. Aspiring regional powers such as India, Brazil and Nigeria are studying America’s financial weapons of mass destruction and asking how they can adjust their defences lest they end up in the crossfire.

There are good reasons for all this deglobalisation. But it’s important to note that it will come at a cost. The nations of the world didn’t link up their economies just for fun or as an abstract exercise in international relations. Consumers around the world reaped large benefits from a world of specialisation, comparative advantage, just-in-time shipping and elaborate supply chains.

The security concerns that are currently driving deglobalisation make sense. But the populist economics that powered the current wave a decade ago are basically wrong. Mass unemployment after the financial crisis was a tragic mistake of demand-side policy, not a sin of globalisation. America can absolutely drill more oil and gas, build more cars and microchips, and make more steel. But there is not a vast army of unemployed people to do that work. If the US reshores a large segment of tradable goods, then it will have fewer people left to build houses, clean teeth, cut hair, cook food and care for children and the elderly.

To meet real security imperatives, these may be prices worth paying. Make no mistake, however, there is a price. And as more countries step away from globalisation, the price will get steeper. A poorer world offers fewer customers for everyone’s exports, and a world less economically connected is one in which disruptions and conflict are more thinkable.

Are these costs unavoidable? Probably. But they can be mitigated. One alternative to importing foreign-made goods, for example, is to import foreign-born workers. In an inflationary, supply-constrained, deglobalising world, immigrants — including the so-called unskilled ones who clean houses, wash dishes and pick crops — are a valuable asset. And automation of routine tasks should be seen as an opportunity rather than a cause of alarm.

It’s also crucial to think pragmatically about what the actual issue any given policy is trying to address. In Midwestern manufacturing towns, “Nafta” and “China” are equally dirty words. In Washington, however, there is a world of difference between a supply chain that depends on China and one that leads to Mexico, Central America or the Caribbean.

If you pitch reshoring as an economic benefit, you’ll miss that distinction. Here in the real word, though, focusing trade on friendly nearby countries is a lower-cost alternative to a misguided drive for autarky. Mexican President Andrés Manuel López Obrador is a notable critic of globalisation, but his country would greatly benefit from positioning itself as a strategically safe place to for outsourcing.

The point is that while global interconnection is unravelling for good reasons — I don’t want to see Russian aggression go unpunished or let China hold the US economy hostage — international trade isn’t the bogeyman its populist critics make it out to be. We’re going to miss globalisation when it’s gone, and it’s not too soon to start thinking about what could take its place.

Direct trade with Russia and Ukraine is small, but global prices of key products are rising, writes Neva Makgetla
Opinion
5 months ago

Canadian miner is initially picking up a more than 4% stake in the emerging helium producer for R200m, and may ultimately buy as much as 55%
Companies
5 months ago
Next Article