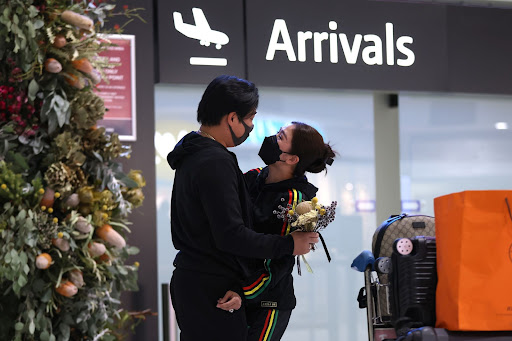 We are now in Covid limbo. Cases are down and still falling, yet scientists aren’t willing to declare the pandemic over — or, conversely, to predict when the next wave might come.

Two years ago, scientists knew almost nothing about the new virus. Nonetheless, many conveyed an exaggerated level of certainty about virus mitigation efforts. That has motivated some people to follow their advice, but the cost in public trust has been high.

In early 2020, public health officials said that masks weren’t necessary. Later, they told the public to mask up, creating a debate that still rages. In 2021, they promised that vaccines would end the pandemic through herd immunity. When the pandemic didn’t end, many sceptics who resisted vaccination felt justified. And now, in 2022, they are assuring us that high-risk people can rely on one-way masking with an N95 mask, while the rest of us can go without — leaving some, especially kids, baffled about how best to avoid a deadly disease that’s still very much around. The result has been confusion and polarisation.

The desire to give people certainty is understandable. A message delivered with conviction is compelling. When public health officials started to endorse universal masking, saying it would save hundreds of thousands of lives, a lot of people listened. It might have been less compelling to tell us the truth: that it wasn’t clear what would come of requiring cloth masks, but it might help a little. Nonetheless, that might have been better for building trust in the long run.

What will happen when the next wave comes, whenever that may be? As political scientist Michael Bang Petersen of Aarhus University told me in an earlier interview, people don’t mind restrictions when they’re meaningful. But if there is another wave, people may not take the meaningfulness on faith. At this point they want pragmatism, sustainability and transparency.

Pandemic waves have often been attributed to policies or human behaviour. The media has played into this, saying that when cases were down, the pandemic was “under control” or that we were “making progress”.

When cases fell, it wasn’t because anyone was in control.

“I have never been able to figure out why we see these surges and these waves like we do,” says Michael Osterholm, director of the Centre for Infectious Disease Research and Policy at the University of Minnesota. “We have no clue why they go up or why they come down.”

Osterholm is one of the few scientists who has resisted the urge to posture. He is awed by the mystery of the pandemic waves. If, he said, scientists get rewarded in heaven with answers to the mysteries of the universe, they would be the subject of his most pressing question. “I don’t care about black holes. I don’t need to understand gravity. I just want to understand what the hell is going on here.”

Delta rose and fell steeply in India and in the southern US. It had a different pattern in the UK: a rise, partial fall and plateau. It had a delayed rise and plateau in much of the northern US last fall until Omicron changed everything again.

Osterholm does not think the differences have much to do with masking policies. In his view, the Centres for Disease Control and Prevention never had any idea whether asking everyone to wear a cloth or surgical mask would make an appreciable difference.

He attributes the sudden turnaround at the agency from dismissing to requiring masks in spring 2020 to an activist group called Masks4All. They released a model in April of that year which started with an assumption that cloth masks were extremely efficient in preventing asymptomatic infected people from spreading the disease to others, then concluding that universal masking would save hundreds of thousands of lives.

That was a powerful argument, but it was built on an assumption that had not been tested. Other studies on masking followed, Osterholm said, but the results are conflicting and many were poorly done. “The amount of bias and confounding and all these issues that would make them almost uninterpretable.”

Osterholm said that the airborne nature of the disease means that a room can get filled with infectious air easily when everyone is wearing a loose-fitting cloth or surgical mask.

Public health officials were also overly optimistic when they promised that vaccines would end the pandemic.

“To say that a cloth face covering or a cloth mask would protect you is just not based on any science,” he says. It’s also not clear cloth masks protect others, despite the plethora of signs saying, “My mask protects you, your mask protects me.”

Which is not to say masks don’t work at all — a fallacy that’s been picked up by anti-mask activists. He said N95 respirators or their equivalent can have a strong protective effect. Emphasising that earlier — it’s been known for years — might have led more high-risk people to adopt them instead of unproven cloth masks.

Public health officials were also overly optimistic when they promised that vaccines would end the pandemic. The problem wasn’t anti-vaxxers — it was that the virus was evolving into new variants. Osterholm suggested last summer, soon after vaccines became available but before the Delta surge, that the darkest days might be ahead.

That doesn’t mean the vaccines don’t work — the unvaccinated have been disproportionately killed by the Delta and Omicron waves — but it does mean that vaccines didn’t work well enough to end the pandemic, even in places where more than 80% of adults were vaccinated.

The result of public health leaders’ posturing has been division. People blamed each other, believing that Covid would be behind us if not for those anti-vaxxers and people who cheated on mask rules; or, on the other side, that the pandemic was wildly exaggerated, a sort of hoax. Osterholm compares the divisions erupting in families to the rifts that tore up those with members on both sides of the Civil War.

There’s a lot more that the US should do to fight the pandemic, including improving vaccines, improving treatments and improving rapid tests so that infected people can get antiviral drugs early. (Osterholm is sceptical that today’s rapid tests are accurate enough to use for this purpose — there are too many false negatives.)

But we also need one more thing: more journalists, scientists and public health officials to admit how much they still don’t know.

The World Health Organization has formally acknowledged the condition, kicking off a race to offer remedies
News
2 months ago