If there is one difference between today’s crisis and the pandemic, it’s the return of inflation 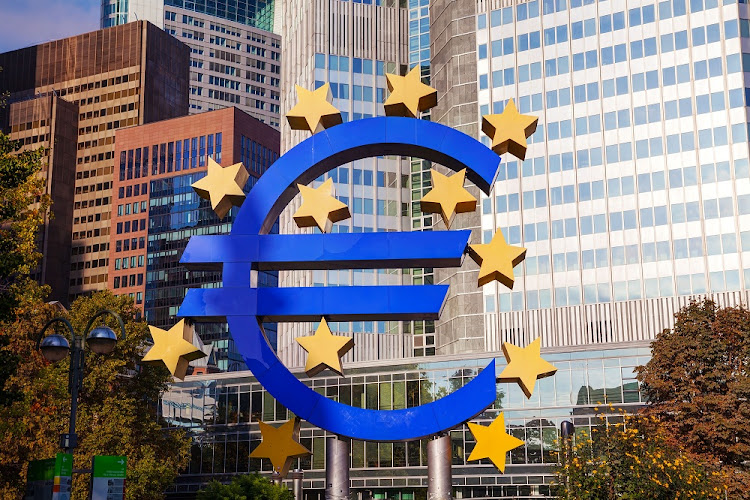 So much for the “Roaring Twenties” after Covid-19. The mood feels more like the Four Horsemen: a Pestilence subsides, War has returned to Europe, destroying lives, homes, economies and the optimism greeting the lifting of pandemic restrictions.

Overnight, a Europe reshaped by Covid-19 — with a bigger, more interventionist, more protective state — is adapting to wartime. States of emergency are being extended, defence councils summoned, and socially distanced EU video calls convened to respond to conflict.

And just as Covid-19 forced the 27-member bloc to pull together by overcoming internal divides over political and fiscal integration, the shock of Russia’s attack on Ukraine has created pressure to narrow lingering defence and energy divides.

One test is whether the EU can revive the pandemic-era “Hamiltonian” spirit that led it to launch a first-of-its-kind €750bn recovery fund backed by joint borrowing. France’s Emmanuel Macron is already drumming up support for a new fund to share the economic burden of the current crisis, Le Monde reports.

There are reasons to think something like this will happen — not because of an idealistic sense of purpose, but because the scale of the challenge rippling across national capitals can’t be easily met without more co-operation and more refining of post-Covid-19 spending tools. “We always talk about a Hamiltonian moment for the EU, and maybe this is it,” says Kevin Thozet, a member of Carmignac Gestion’s investment committee. “But it also depends on the direction of this crisis, and how long it lasts.”

One motivation is the call to arms triggered by this conflict. The EU is supplying weapons to a country at war for the first time, and Germany has smashed historical taboos by pledging to spend more than 2% of GDP a year on defence. If all non-US Nato members follow, that’s a potential 25% increase to defence budgets, according to Jefferies. But not every country will find this an easy budget pill to swallow after Covid-19’s legacy of higher debts and spending on public health.

Alongside the rallying cry of defence, there’s the fear of economic ripple effects of sanctions imposed on Russia and a surge in energy prices. Financial links are being severed, trade ties are unravelling, gas prices are at records — indicators of a “stagflation” scenario, according to Barclays research. These costs don’t fall equally across the EU, nor within countries, as higher energy bills disproportionately hurt the poorest.

But if Macron is striking now, it’s because the iron is hot. The likelihood of conflict escalation points to even tougher Western sanctions, inflicting more second-order pain on consumers and companies. Stockpiling energy reserves to prepare for a winter without Russian gas would bring at least €70bn in extra costs, according to think-tank Bruegel. And a UN analysis expects as many as 4-million Ukrainian refugees costing nations around the world an estimated $30bn. The acute phase of this crisis is coming, with a small window to prepare.

The Covid-19 recovery fund took a lot of internal arm-twisting, but crossing the Rubicon may be easier a second time. Pandemic battle lines pitting “frugal” Northern states against spendthrift Southerners, or Western rule-of-law defenders against Poland and Hungary, look pliable these days. Germany and Austria are very exposed to a disruption of gas supplies; Eastern Europe is closest to the war’s front lines, and to an influx of refugees. It’s hard to imagine dogged debates about fiscal probity or rule-of-law conditionality in this environment.

Where there will probably be lingering disagreement is in the kind of Europe that might emerge from post-war integration — more dependent on Nato? More “sovereign” in all areas? And how ambitious can its decarbonisation agenda be if a break with Russia makes ESG taboos weaker?

Moreover, there is no such thing as a free lunch. If there is one difference between today’s crisis and the pandemic, it’s the return of inflation. More government borrowing and spending during Covid-19 were straightforward given historically low interest rates and emergency central-bank support, but surging energy costs make it trickier. Axa Investment Managers chief economist Gilles Moec says it’s an illusion to imagine the European Central Bank can eternally postpone a normalisation of monetary policy. Some future spending restraints look likelier, from taxes to pension reforms.

Still, a revival of the EU’s Covid-19 fiscal solidarity would bring advantages. It could help countries bear the cost of more defence and decarbonisation. It could strengthen the bloc’s ability to add to sanctions where necessary. And it could slow the return to the pre-pandemic “normal” of budget rules that might bring unwanted pressure to cut spending on countries with shakier finances. If Pestilence and War will be with us a while longer, it might be a good idea to think up new weapons to match.