Brands pretend to be our friend, philosopher and guide. What should they do when the bombs start dropping? 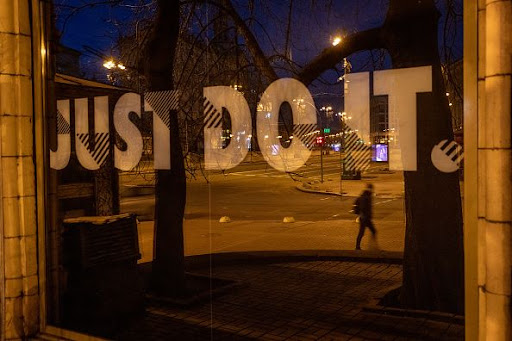 Read this statement from the Burlington Global Institute:

“You cannot simultaneously prevent and prepare for war. We call on President Joe Biden to de-escalate tensions and work for peace rather than prepare for war. Sending thousands more US troops to Europe in response to Russia’s threats against Ukraine only fans the flame of war.”

Do you agree or disagree?

If you disagree, do you at least consider it a valid contribution?

And would your opinion change if you knew that it came not from a think-tank I’ve conjured up but from the ice-cream company Ben & Jerry’s (founded in Burlington, Vermont, in 1978), and was a corporate tweet from February 5?

Notwithstanding the company’s history of commenting on geopolitics from Nato expansion to the Israel-Palestine conflict, for some the concept of an ice-cream brand commenting on troop movements was definitionally absurd.

Even the CEO of Ben & Jerry’s parent company, Unilever — no slouch when it comes to embracing causes — suggested that the founders stay in their lane.

for some the concept of an ice cream brand commenting on troop movements is definitionally absurd.

“It is a great brand, most of the time they get it right ... They have a great track record campaigning on important issues. But [on] subjects where Unilever brands don’t have expertise or credibility it is best to stay out of the debate.”

The topics over which brands get to claim “expertise or credibility” — from tax codes and labour law to social justice and civil rights — are hotly contested. But despite many companies operating way beyond the scale of small nation-states, commenting on foreign affairs is, for many, a bridge too far for any brand not embedded in the military-industrial complex. (Those that are so embedded are usually too cynical to comment.)

Of course, no such limitations apply to think-tanks, charities, pressure groups, artists, novelists, columnists or anonymous Twitter trolls — no matter how sketchy their qualifications or partisan the mindset — whose contributions are considered part of the free market of ideas.

But when the actual free market gets involved, things get odd.

Witness the outrage of Republican politicians when Sesame Street’s Big Bird had the temerity to follow the medical advice of the Centers for Disease Control and Prevention and promote the vaccine against Covid-19.

Or the drumbeat of discontent from right-leaning pundits when brands stray from discussing their balance sheets. As Dave Seminara wrote last April in the Wall Street Journal under the headline “What I wouldn’t give for a shave that isn’t woke”: “It’s increasingly clear that the sharp increase in corporate virtue signalling after George Floyd’s death wasn’t a passing trend but a sea change. Perhaps it’s time for conservatives to boycott companies that hate us.”

George Floyd’s sadistic murder in May 2020 inspired — and compelled — many global brands to respond.

George Floyd’s sadistic murder in May 2020 inspired — and compelled — many global brands to respond. An analysis of the Instagram accounts of the world’s “top 100” brands (as ranked by Interbrand) found that 76 posted at least one corporate statement on racial justice in the wake of Floyd’s death, and 11 posted a plain black square in support of Blackout Tuesday — a day (June 2) on which the world was encouraged to show racial justice solidarity.

For some brands, taking a stand was seamlessly consistent with their established values; for many it was a moment to be marked and moved on from; and for a few it was something to be ducked until the clamour died down. Once in a while, a C-suite’s discomfort was almost palpable: Tiffany & Co. thought it could get away with posting a Tiffany Blue square and the anodyne statement “We are one community and we #BelieveInLove” before being forced to backtrack (“We haven’t said enough and we’ll raise our voice”).

Revisiting this list of 100 top-brands in the wake of Russia’s attack on Ukraine is illuminating.

By March 3 — a week after the invasion — only three of these companies had posted any comment about Ukraine: Allianz, which had not commented on Black Lives Matter in 2020, posted a picture of the Allianz Arena in Munich illuminated in the Ukrainian colours, and a pledge to give €10m to humanitarian aid; Sony posted a black square promising $2m in aid; and Prada posted a promise to join forces with the National Chamber for Italian Fashion to donate to the UN High Commissioner for Refugees.

There are many reasons why brands that Instagrammed in support of Black Lives Matter might, to date, have remained silent on Ukraine: from the complexity of global value chains and the confusion of a rapidly evolving situation to the need to protect employees at risk in the region and the risk of alienating a trigger-happy superpower armed with nuclear weapons and, more immediately, cyberwarfare capabilities.

Moreover, given that the invasion is a moving target, some brands may be biding their time to see how events unfold; others may be waiting for a hashtag like BlackoutTuesday to rally a global response.

The Russians aren’t coming to cinemas, theatres, opera houses or galleries near you

There is also the tripwire of “whataboutism”. Brands that Instagram against Russia’s invasion of Ukraine risk being asked why they remained silent when Putin annexed Crimea in 2014, or why they haven’t commented on the world’s 53 other “active state-based conflicts” from Syria to Myanmar.

What’s more puzzling is why brands that have taken practical action in the region still remain silent on social media. For example, on March 1, Apple halted all product sales in Russia and unveiled a range of other restrictions, including limiting Apple Pay, removing RT News and Sputnik News from its App Stores and disabling traffic and live-incident features in Ukraine. Yet three days later, Apple’s Instagram page was as upbeat and apolitical as before — in stark contrast to the black square and personal video statement Tim Cook posted in June 2020.

Absent the scalding pressure brands faced (from consumers and employees) during the Black Lives Matter protests in the lockdown summer of 2020, some CEOs may be testing how long they can hold the line of Neville Chamberlain, who infamously described Germany’s annexation of the Sudetenland in 1938 as: “A quarrel in a far away country, between people of whom we know nothing.”

Indeed, the impossibility of pleasing all parties in an increasingly divided world may explain why so many brands seem eager to enter the metaverse — a supposedly neutral commercial Eden far from the arc of injustice and its murderous crowds.

What did you do in the war, daddy?

None of this is easy. Many executives will be doing what they think is best (and safest) for their shareholders and staff — and it’s hard to dismiss the caution of commercial entities when nation-states and global organisations are gingerly navigating economic sanctions, military support and refugee policies, to say nothing of sporting and cultural boycotts.

But to take a step back, if global brands feel unable (or unwilling) to decry televised war crimes, even from the relative safety of their Instagram accounts, then perhaps they should rein in the “we are the world” whitewash that flows so easily across their mission statements and brand positions.

If “corporate social responsibility” doesn’t include denouncing the thermobaric bombing of blameless civilians then, really, what’s its point?

With Russia’s invasion, fiction from Ukraine is a reliable way to learn more about its people and their identity
Life
4 months ago

The fog of cyberwar descends on Ukraine and Russia

Hackers are attacking both countries, but their allegiances and motives are often murky
Businessweek
4 months ago
Next Article

How to... make healthy changes

How to... make healthy changes