JAVIER BLAIS: This is how to try to replace millions of barrels of Russian oil a day

Emergency measures, akin to those deployed by central banks during the 2008-2009 financial crisis, are needed to overcome the supply shock 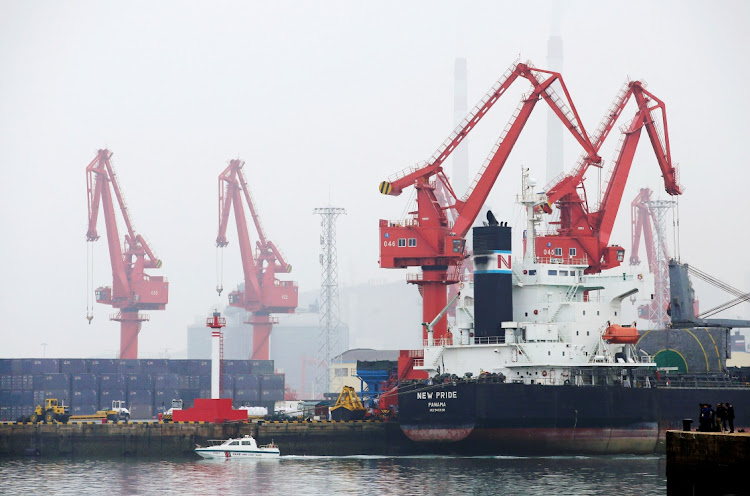 The global oil market is going through what is starting to look like the biggest disruption since the 1990-1991 Gulf War.

A lot of Russian crude and refined products exports are not finding buyers now and signs point to even more trouble by next week. Brent and West Texas Intermediate crude have surged above $105 a barrel for the first time since 2014. In late trading in London on Tuesday, WTI was up more than 10% in one of the biggest one-day spikes in history.

More importantly, yardsticks that measure the short-term tightness of the market are surging. The price gap between a barrel of Brent delivered now and one in a year’s time has widened to a record of more than $23.50 a barrel, surpassing the level after Saddam Hussein invaded Kuwait almost 32 years ago.

The situation calls for emergency measures, akin to those deployed by central banks during the 2008-2009 global financial crisis, to overcome the supply shock. Here are six key points:

First, a problem traders call “self-sanctioning”: Market participants are simply refusing to deal in Russian oil, even if Western governments allow it within the sanctions they have imposed on Russia for its invasion of Ukraine. The reasons include confusion about what’s legally permitted, fears about reputational damage, or moral objections.

The situation is fluid, and some traders and executives are pencilling larger losses, with some saying 30%-70% of seaborne Russian oil flows are failing to find buyers as of right now. If the later figures prove correct, the disruption could well surpass 5-million barrels a day.

In the clearest sign yet that almost all buyers of Russian oil have left the market, the country’s flagship crude was offered on Tuesday at a record discount of $18.60 a barrel under the Brent benchmark. Even at that exceptional discount, several times larger than the usual couple of bucks difference, there was not a single bid for the barrels.

• The biggest obstacle to trading Russian oil is shipping. Sovcomflot, the state-controlled Russian company — the world’s biggest owner of medium-sized tankers, called Aframaxes — is being largely shunned. Other key tanker companies and managers, including Maersk Tankers and Torm, have announced they are, for now, not taking on new Russian oil shipping contracts. When a tanker from an adventurous owner comes available, it costs as much as 300% more than it did only a few days ago, making the trade prohibitively expensive.

Beyond shipping, many banks are also refusing to deal in Russian oil, even if Europe and the US gave general licences on their sanctions to allow energy payments. 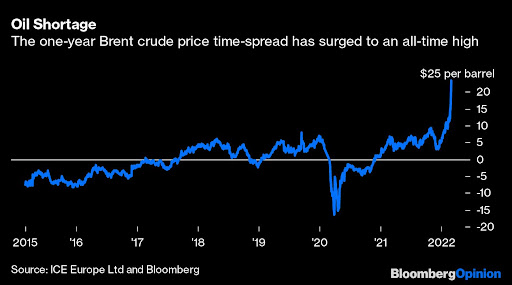 • The International Energy Agency (IEA) on Tuesday agreed to release 60-million barrels from its members’ strategic petroleum reserves, but that’s not close enough to cover the potential drop in Russian oil exports if self-sanctioning continues. If the release intends to cover only 30 days, it equals 2-million barrels a day, matching what traders believe are current losses. But the losses may be larger. IEA members hold emergency stockpiles of 1.5-billion barrels — so they can release far more oil, and quicker.

The IEA should call on China and India to tap their emergency stockpiles, too. The lesson from this century’s financial crises is for authorities to use overwhelming measures. The emergency release is, however, a losing battle: the IEA is fighting an open-ended shortfall with a finite stockpile. Demand management is therefore crucial. Even at risk of bringing back the memories of Jimmy Carter’s cardigan, western leaders should encourage energy conservation now.

• The US, Japan and Europe should use diplomatic pressure to convince Saudi Arabia and the United Arab Emirates to immediately increase production well above their Opec+ current quotas. It’s in the interest of Riyadh and Abu Dhabi to help to stabilise the market.

So far, both Saudi Arabia and the UAE appear to be siding with Russia. If they do so, they will be on the wrong side of history.

• While President Joe Biden did not use its state of the union speech to encourage US oil drillers to boost production, the US shale patch needs to go into war footing. Many in the US oil industry would be tempted to snap back a “we told you so!” about forgetting about the domestic industry. Perhaps they are right, but this is the wrong time for recriminations. Get on with the job, and drill.

At $100-plus a barrel, every US shale producer is able to pay dividends, reduce debt and boost spending. The industry should not — and this is crucial — use this opportunity as a blank check; it must recognise that this is a moment of crisis.

• Finally, a nuclear deal with Iran would help to alleviate the crisis, guaranteeing the return of perhaps 500,000 barrels a day in a relatively short time frame, and another 500,000 barrels a day in six months or so. But a deal between Tehran and the US, Europe, China and Russia is uncertain, with diplomats racing against the clock in talks in Vienna this week. Iran appears to see the current oil shortage as leverage to extract further concession.

Without an Iran deal, the outlook for the oil market would be eve more perilous. Now it feels as if the chances of a deal are a coin toss.

Major oil and gas firms, including BP and Shell, have announced plans to exit Russian operations and joint ventures
Markets
5 months ago
Next Article

JSE muted as war in Ukraine continues to dominate headlines

JSE muted as war in Ukraine continues to dominate headlines