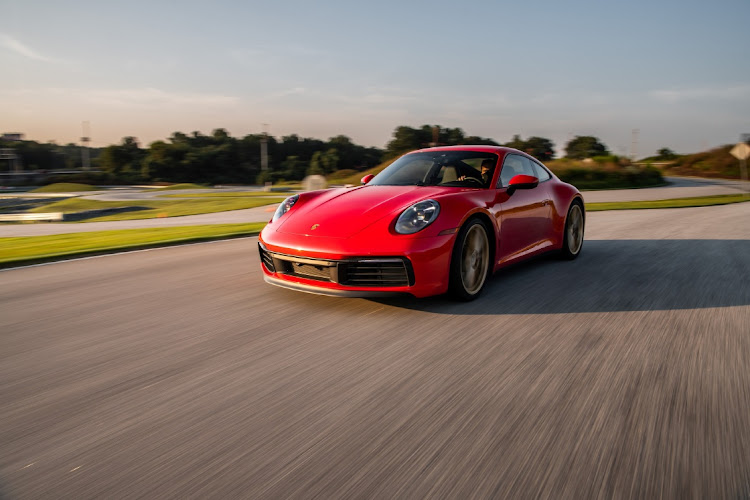 Presenting the outlines of a proposed stock-market listing of Porsche last week, executives of parent company Volkswagen emphasised how the initial public offering, likely to be one of Europe’s biggest ever, “benefits all stakeholders”.

However, at Volkswagen, some stakeholders are more important than others.

Though the complicated plan has some appeal for VW’s institutional investors, its most eye-catching feature is to help the company’s top shareholder — a financial holding company controlled by the Porsche and Piech families — re-establish some direct ownership over Porsche, its pride and joy. Since the IPO was announced on Tuesday, the confusingly named family-controlled Porsche Automobil Holding has gained 11%, while VW shares have risen 2%. This divergence also points towards who is getting the better deal.

Although that’s not quite the clean break VW investors were hoping for, it’s the only deal likely to satisfy the company’s powerful interest groups, including Germany’s state of Lower Saxony and employee representatives. A typical VW fudge is better than no Porsche IPO at all.(¹)

To recap, VW plans to sell a 25% stake in Porsche towards the end of this year, split equally between non-voting preferred shares and ordinary voting shares. However, only the family holding will be allowed to purchase voting stock.

If, as I expect, Porsche is valued at about €80bn ($89.7bn), the families will need to find about €10bn euros to pay for their allocation. So it’s no coincidence VW plans to kick out half the IPO proceeds as a dividend. Were that to happen, Porsche could use its portion to cover part of what it owes. Porsche owns 31% of VW’s share capital and a majority of the voting rights. (²)

Of course, VW is free to use the other half of the proceeds to accelerate electric-vehicle and software development. But it’s already flush with cash and has no urgent need of the money. Notably, labour representatives had no trouble securing a slice of the proceeds — a €2,000 bonus for each German worker.

That’s not to say this deal offers nothing to VW investors. Besides helping unlock value from the German giant’s sprawling stable of brands — a stand-alone Porsche might be worth almost as much as the entire VW group is today — the listing gives VW optionality should it need to raise money in future. Porsche is likely to trade at a far higher price-earnings multiple than VW and thus represents a cheap source of potential funding. (³)

Porsche has also agreed to pay 7.5% extra as compensation for the voting rights. It’s hard to know if the premium is sufficiently rich; after all, the price of VW’s ordinary shares is more than 30% higher than the non-voting preferred stock. This is financially very helpful to Porsche because it could, if it wishes, sell part of its VW stake, thereby reducing the amount of debt it must take on in the IPO (4).

It’s an example of potential conflicts of interest inherent in such a transaction. While Porsche’s value will ultimately be determined by the stock market, one shouldn’t forget Porsche has an interest in acquiring shares cheaply, whereas VW should want the highest possible value.

A more vexing question is why Porsche has been awarded exclusive rights to purchase voting stock in the first place. True, more than a decade ago, the families owned all the voting shares of the Porsche car business, but they themselves squandered that birthright.

In 2008, Porsche’s secretive and highly leveraged attempt to acquire the much larger VW went disastrously wrong. With Porsche teetering on the edge of bankruptcy, VW ended up buying the sports car maker for roughly €8bn, a price that now looks like an incredible bargain. At the time, however, prominent investors claimed VW was overpaying for Porsche to help bail the families out.

There’s an irony that in 2008, Porsche hoped to fund its aggressive takeover of VW by seizing control of VW’s cash pile. Now VW will direct part of its cash to help the families buy part of Porsche back again. At Volkswagen, as elsewhere, history doesn’t repeat but often rhymes.

(¹) At least Lower Saxony won’t get Porsche board seats, according to Handelsblatt, which is an improvement on VW’s complex governance.

(²) The Porsche and Piece families’ economic interest in VW is roughly 15.5% because they own half of Porsche’s stock.

(³) The VW group’s ability to raise more capital is limited because preferred share issuance is capped at 50%.

(4) It’s hard to explain why the price gap between VW ordinary and preferred stock persists. It widened last year when retail investors excited about VW’s electrification strategy began buying, possibly not realising there are two classes of shares. But by now the gap should have been arbitraged away. In any event, the architects of this deal have chosen to ignore it.