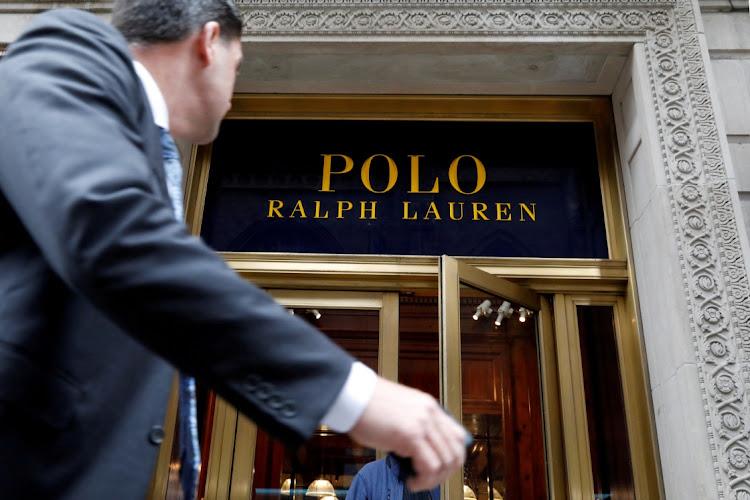 Could the iconic Polo Bear be taking a trip to Paris?

Both companies declined to comment. But LVMH acquiring the US line has merits, even if dressing up Ralph Lauren’s preppy chic will be harder than polishing Tiffany’s diamonds.

In luxury, a world dominated by family-controlled companies, sizeable acquisition opportunities are few and far between. Ralph Lauren is no exception. Founder, chair and chief creative officer Ralph Lauren controls about 79% of the firm, and he has given no indication that he is looking for an exit. But if he is thinking of succession, selling to LVMH means entrusting his brand to the world’s biggest high-end group to be developed for decades to come.

With Ralph Lauren (the company) having a market capitalisation of about $9bn, LVMH, whose own value is about $360bn, could easily afford a deal at the typical 30% takeover premium, or even at 50%.

Such an agreement would mean LVMH founder and CEO Bernard Arnault gets to bring a second American icon into the fold. He took control of Tiffany early last year. Ralph Lauren would also increase LVMH’s US sales, which stood at 26% of overall revenue in 2021, a year when the US luxury market’s growth outpaced that of China.

Ralph Lauren’s longevity — it was created in 1967 — makes it akin to a heritage name, which LVMH excels at updating. It was also one of the first lifestyle brands, having expanded into home furnishings and hospitality before it was fashionable. The wood-panelled country club feel of its flagship stores — not to mention the Polo Bar — could easily be extended into luxury hotels, an area that LVMH is developing.

And even though Ralph Lauren suffered from years of heavy discounting that cheapened the brand, its aspirational Americana aesthetic has retained a certain cool factor. Recently, it has been attracting a younger audience through collaborations with streetwear brand Palace and gaming platform Roblox (where it offers 1990s Polo Sport-inspired virtual designs). All this means that Ralph Lauren has some cultural credibility too. And Arnault said recently that Louis Vuitton wasn’t just a fashion house, it was a cultural brand.

Since bringing Tiffany under new management, including Bernard Arnault’s son, Alexandre, who’s responsible for product and communications, the jeweller has gone from classic to cutting edge. LVMH has been able to use its might to recruit Jay-Z and Beyoncé to front a recent advertising campaign. Such moves are already delivering a “remarkable” performance, LVMH said recently. It’s not hard to see how the same approach could work at Ralph Lauren too.

But the latter brand has some significant differences with Tiffany, which would make a successful acquisition much trickier.

For a start, Tiffany operates in the jewelry sector, which is a growing category. The market is highly fragmented, and branded jewelry is gaining share. Tiffany has been one of the few big players. The same can’t be said for Ralph Lauren, whose sales are predominantly in the crowded apparel space. While clothing demand has been strong over the past year, as consumers have refreshed their wardrobes, luxury apparel growth lagged other sectors in 2021 compared with 2019, according to Bain & Co.

The US retailer has also worked hard to reposition its brand. For example, it’s stopped supplying some department stores such as Kohl’s Corporation and has been cutting back at Macy’s. But there is more that could be done. While it has some true luxury divisions, such as Ralph Lauren Collection, Purple Label and the hipper Double RL, much of the portfolio remains in the merely premium segment. The factory stores, still popular with many customers, may not sit easily with LVMH’s stance never to discount.

And while LVMH has been a successful steward of heritage brands — Christian Dior as well as Louis Vuitton has contributed to its strong fashion and leather goods sales — its record with more apparel-focused companies is mixed. In a rare admission of failure, it sold Donna Karan to licensing company G-III Apparel Group in 2016. Just over a year ago, it put its clothing venture with pop star Rihanna on hold, and it is still trying to turn around Marc Jacobs.

When it comes to fashion, though, rival Kering may have the edge. It has successfully reinvented Gucci twice, most recently under creative director Alessandro Michele. It has also turbocharged Balenciaga and is rejuvenating Bottega Veneta. In early 2021, the Betaville blog reported speculation that CEO Francois-Henri Pinault was weighing a large takeover deal — with Ralph Lauren suggested as one possible target. With a market value of $86bn, Kering could also easily afford the US group. However, it may have its sights set on a bigger deal, in the form of a tie-up with rival Cie Financiere Richemont instead of an individual brand.

Any buyer would need to be mindful of the broader economic backdrop. Doubling down on the US market amid falling asset prices, inflation and rising interest rates might not be the smartest move. Meanwhile, the situation in Ukraine could affect wealthy Russian shoppers.

But if LVMH, or Kering for that matter, could look through the short-term challenges, the Polo Bear has all the right elements to follow Tiffany’s lead.

Online sales of luxury goods have surged during the Covid-19 pandemic and retailers are no longer treating their e-commerce operations as an ...
Businessweek
7 months ago