The main thing is that Ukraine wants to be seen as an independent sovereign nation, not a Russian appendage 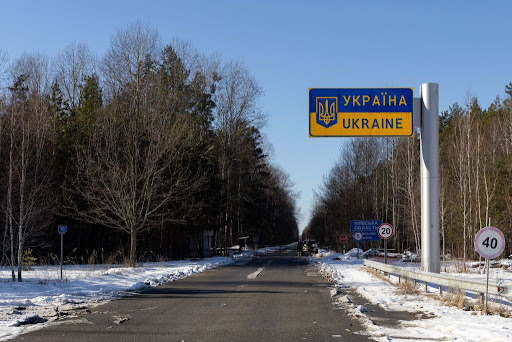 Diplomatic efforts to forestall Russia’s threatened attack on Ukraine still are not over — and it appears that discussing Ukraine’s future relationship with Nato is not quite as unthinkable as the US and its allies have maintained. That’s good. Making a success of any such approach will not be easy but, if the alternative is war, it’s worth a try.

Shuttling between Moscow and Kyiv last week, French President Emmanuel Macron reportedly told journalists that “Finlandisation” was “on the table”. He later denied having said it, and Ukrainian President Volodymyr Zelenskiy said he hadn’t heard Macron use the term (an interestingly narrow denial). In any event Macron has said that some Russian security concerns should be addressed. Evidently, the prospect of Ukraine’s joining Nato is one.

Certainly it would be wrong for Macron or the leader of any other Nato country to discuss Ukraine’s future with Putin unless Ukraine’s government was a consenting and fully informed participant in the process. The question, however, is what Ukraine would or should want if it had been frankly apprised of where it stands with respect to the alliance.

As I argued recently, if it isn’t in fact going to be admitted in the foreseeable future, it shouldn’t be encouraged to gamble on the possibility that this might change. If, by suspending its Nato ambitions, Ukraine loses nothing of actual value and gives Putin an off-ramp from this crisis, that’s a course it might rationally choose.

To clarify, this shouldn’t be a matter of Nato affirming that Ukraine would never join. The deal might be that Ukraine would agree not to seek membership for the time being and only for as long as certain other conditions — including guarantees of its territorial integrity and, say, agreements between Nato and Russia on force deployments near borders — were satisfied. There are many ways of codifying an understanding that Ukraine isn’t joining Nato anytime soon.

Moreover, being asked to make such a choice does not infringe Ukraine’s sovereignty. Sovereignty does not include an entitlement to join alliances that choose not to have you as a member. And sovereignty isn’t power (as opponents of Brexit never tired of pointing out). Ukraine is weak because of its location and history, and because Russia is in a position to make demands. If Nato was willing to make Ukraine a member and spend the blood and treasure required to defend it, Ukraine would be much less weak. But Nato isn’t willing to do that.

Why then is it wrong to say Finlandisation? Peter Spiegel of the Financial Times says, “Don’t mention that word to a Finn.” The term refers to the decades of the Cold War, when Finland was heavily influenced but not controlled by the Soviet Union. Finns object to the term and the idea, Spiegel writes, because it fails to recognise their long-term orientation towards the West or acknowledge that Helsinki had agency during the Soviet period. Now the same goes, he says, for Ukraine (except presumably that Ukraine’s Western orientation isn’t, as yet, very long-term). The main thing is that Ukraine wants to be seen as an independent sovereign nation, not a Russian appendage.

A New York Times report with the headline “Finns don’t wish ‘Finlandisation’ on Ukraine (or anyone)” ends this way: “The word may be front of mind now for those looking for a solution to the Ukraine crisis, but in Finland not everyone knows it well.”

“I heard the term Finlandisation on the 10 o’clock news last night,” said Marleene Rytioja, as she chased her two-year-old son in the children’s section of the library, next to dozens of neatly parked strollers. “I had heard the term in school but I don’t know what it means.”

She said it seemed to have a negative connotation but that the idea of Russia determining anything in her life seemed completely foreign to her reality.

“I feel Western of course,” she said. “We are not Russian.”

I might be missing something, but doesn’t this suggest that Finlandisation worked pretty well?