TIM CULPAN: SoftBank’s failure to sell Arm is costly but may not be its biggest concern

Share in Alibaba, Softbank’s most important asset, have fallen 56% over the past year, dragging the net asset value of SoftBank 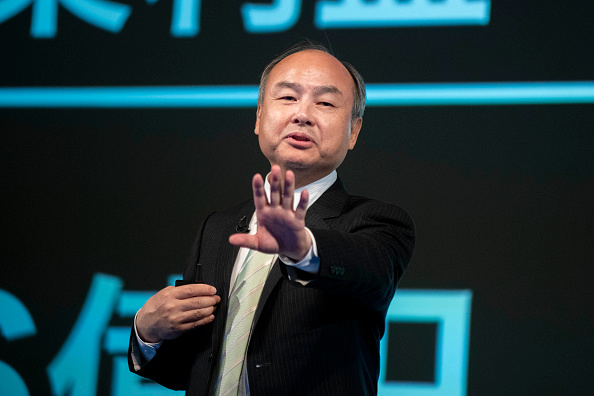 There’s no dressing it up — though Masayoshi Son may try. SoftBank Group’s failed attempt to sell Arm to Nvidia is an expensive blow for the Japanese conglomerate.

Yet with Arm valued at ¥2.75-trillion ($24bn), SoftBank could write off the entirety of that investment and still not dig a hole as big as the one its largest and most important asset delivered over the past year.

Alibaba Group Holding will be marked down in history as the smartest bet the SoftBank founder and chair ever made. His belief in its founder Jack Ma, to the tune of a $20m early round investment, has become a ¥7.27-trillion chunk of the Japanese company’s balance sheet. But Alibaba’s shares have fallen 56% over the past year, dragging the net asset value of SoftBank down with it.

By contrast, SoftBank paid $31bn to take Arm private in 2016. Within a few years, Son found an eager buyer in Nvidia founder Jensen Huang and was set to offload the British semiconductor company for at least $40bn. The lucrative share portion of that September 2020 deal meant the final value kept rising in line with the skyrocketing fortunes of the Californian chip designer. But sceptical regulators around the world frowned on the deal — believing that Arm’s ubiquitous technology and Nvidia’s growing heft made it too powerful a combination.

That deal is now dead, and these days SoftBank carries Arm on its books at $24bn with plans to list the company, again, likely in the US If it’s lucky, that value may climb.

Alibaba, on the other hand, is already listed and may struggle to rise again. Somewhat. The stake that SoftBank holds isn’t quite composed of the same American depositary shares listed in the US, nor even the stock that trades in Hong Kong, so it’s not a simple matter of calling up a broker and placing a sell order. Instead, it needs to prepare those shares. It appears that may have happened last week, when Alibaba registered an additional 1-billion depositary shares. Citigroup analysts, including Alicia Yap, believe that move gives SoftBank the flexibility to offload some more of its almost 25% of the Chinese e-commerce giant.

It wouldn’t be the first time. By the end of July, SoftBank had already sold close to $14bn in Alibaba shares for that year alone — largely without fanfare. Those disposals, plus the continued decline, take the value of its holdings from ¥18.55-trillion at the end of September 2020 to ¥7.27-trillion a year later. Yet Alibaba remains SoftBank’s single biggest asset at a time when the world’s second-largest economy starts to slow, and its government looks set to maintain a hard line on tech companies.

Son may not have a choice but to continue selling, even if it means locking in the huge decline over the past year. Instead of just sitting on that enormous pile of value, SoftBank has been borrowing money against its Alibaba stake to fund other deals that may include the purchase of Arm, a founding stake in its own Vision Funds, as well as paying off debt. This was a savvy move, because he got to hold onto shares in one of China’s biggest entrepreneurial success stories while freeing up cash to buy into the next big thing.

The flip side comes when the value of Alibaba shares drop by half, the global economy slows, an important cash-raising disposal falls through and debts remain to be paid. There’s also the possibility of meeting margin calls on any loans that are backed by volatile publicly traded assets. Missing the chance to sell Arm at a big profit is surely painful, but having to sell down its biggest investment amid a declining market will hurt a whole lot more.

The proposed purchase of Arm by Nvidia has drawn a fierce backlash from regulators and the chip industry, including Arm’s own customers.
News
5 months ago

As a bellwether for the tech sector, SoftBank’s Vision Fund took a hit in 2021 on the fall in value of public holdings such as Didi Global
News
5 months ago
Next Article