LIONEL LAURENT: Retirement as an asset class risks dying out 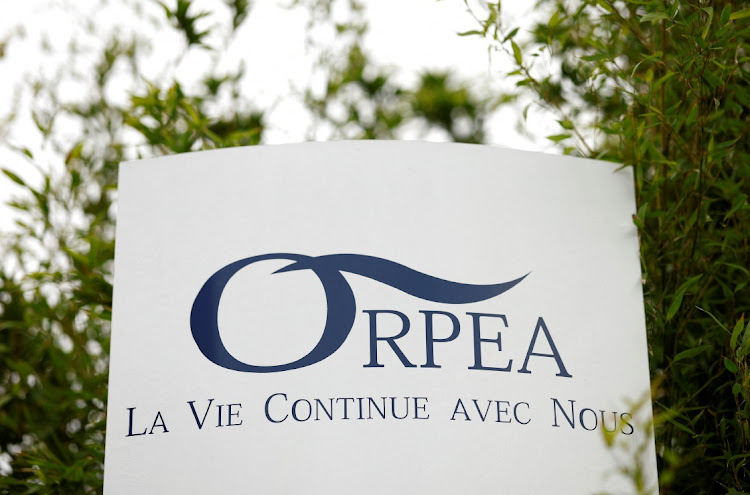 A view shows the logo of French care homes company Orpea at the entrance of a retirement home in Reze near Nantes, France, in this February 2 2022 file photo. Picture: REUTERS/STEPHANE MAHE

French care-home operator Orpea was once a bet on better retirement. In an ageing society, demand for long-term care would only rise — and so would demand for long-term returns, hence why Canada’s top pension fund bought a 15% stake in 2013. It was going to be the virtuous circle of the “silver economy” in action — retirement as an asset class.

The virtuous circle now looks like a vicious one. After years of growth, about €3.4bn have been wiped off Orpea’s market value — and €492m off Canada Pension Plan Investment Board’s stake — in the two weeks since a bombshell book, “The Gravediggers,” by Victor Castanet, published allegations about mistreatment at its care homes.

The company has swiftly appointed a new CEO and denied the accusations, which include the rationing of adult diapers, and hired two outside firms to conduct an independent inquiry. But the reputational risk has already rattled the sector, with rival Korian down 37% in sympathy. Orpea faces financial and administrative probes from Emmanuel Macron’s government, which has echoed the shock and disgust of angry relatives.

The sector is no stranger to such allegations, but they cut deep after Covid-19’s cruel toll on the elderly. Badly staffed and underfunded care homes were the source of tragic and avoidable deaths during the pandemic, with the sector accounting for 40% of total Covid-19 deaths, according to the OECD.

What’s different here is the doubts hitting Orpea are spreading to the premium end of the care market, just as retirees face longer-term economic challenges in a world of rising inflation and care-staffing shortages after Omicron. What really rankles the French public are accusations of mistreatment within a company offering rooms for €7,000 per month. This is a firm targeting ageing societies with high purchasing power.

The disturbing family testimonials cast a grim shadow over the money made by investors and management during the company’s breakneck expansion over the past decade, as it swelled from 43,003 beds in five countries in 2013 to 111,800 beds in 23 countries in 2020. Despite extra costs and complexity, the company still managed to maintain its underlying profit margins and pay increased dividends thanks to what analysts called a structured and efficient organisation.

The fact that public-sector largesse supported the company’s performance also sticks in the throat. The French state directly finances and regulates Orpea’s healthcare services. In 2020, Orpea got at least €158m in pandemic-related state aid. Its CEO got a bonus award worth €118,256 that year, despite missing targets, as the company was able to increase total revenue despite the pandemic. In the third quarter of last year, Orpea’s revenues rose 10.7% on the back of what it called a good “pricing dynamic”.

What happens next is likely to involve a tighter government leash on the sector. Better regulation will bring extra scrutiny, but it will likely be a long and uphill battle before customers’ and investors’ minds are at rest. Lombard Odier’s Henk Grootveld, who manages the “Golden Age” investment fund, tells me his fund already avoids investing in nursing homes in favour of cheaper alternatives such as in-home care, which France wants to promote.

This is also an opportunity to grapple with bigger systemic questions about long-term care, as demographics and staffing shortages suggest a dire need to invest in training and pay. The population of over-80s in the developed world will increase to 10% of the population from about 5% by 2050, according to the OECD. Meanwhile, the working population available to support one person aged over 65 will halve from about four in 2012 to two on average over the next 40 years.

The hard truth is that a lot of these adjustments will conflict with our retirement dreams. A study in 2018 found that only 6% of dependent people in the rich world would be able to fund their twilight years from their revenues alone. Taking into account those with personal savings or a reverse mortgage still leaves half unable to cover the cost without further support.

So while Macron may be justifiably shocked by the Orpea scandal,  these are at heart political questions about how welfare states, already stretched thin, will fund generous retirement years if our lives last longer. The business of asset management and insurance will be a beneficiary of the silver economy as we work and save for longer, according to Rothschild fund manager Valerie Oelhoffen. But markets need government attention too: increasingly unaffordable housing and speculative trading of cryptocurrencies, seen as a golden ticket, could deliver the opposite of a safe nest egg.

The pressure to act after Orpea is undeniable. But if there’s one silver lining to a silver-economy scandal, it’s the urgent message it sends to the young.

The GameStop phenomenon isn’t just speculation. It’s anger. Does it mean Wall Street is broken, or working as it should?
Money & Investing
1 year ago

While Treasury is set to make it easy for people to access their funds, it has to ensure these are not depleted
Opinion
6 months ago
Next Article