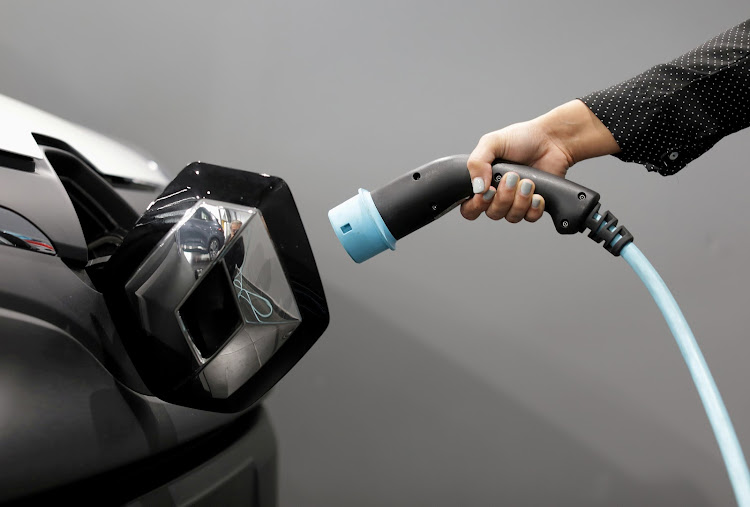 The brilliant thing about technology is how it tends to become smaller (and cheaper) over time. One glaring exception has been the most expensive piece of kit many of us buy: the automobile.

Due to the popularity of bulbous, gizmo-laden SUVs and pickup trucks — some driven no further than a supermarket parking lot — modern vehicles have piled on the pounds in the past three decades. And the shift from combustion engines to electric vehicles is poised to make this weight problem even worse, at least in the short term, as the lithium-ion battery packs used to power EVs are bulky and heavy.

So far, automakers have given too little thought to the additional resource consumption and safety problems associated with much heavier vehicles, electric or otherwise. Although most now preach sustainability, they’re missing an opportunity to steer consumers towards smaller, more efficient cars. It’s time policymakers gave them a prod.

To be clear, this is not an argument against EVs. From a carbon perspective, it’s imperative we get people into battery-powered cars as quickly as possible.

But it’s hardly ideal that so many of them are obese. General Motors’ electric Hummer can accelerate from 0-100km/h  3 seconds but weighs more than 4,100kg. Rivian’s R1T pickup is close to 3,175kg, while Ford’s  F150 Lightning tips the scales at about 2,950kg, or about 35% more than its combustion-engine equivalent. Among European offerings the Mercedes-Benz EQC, Audi E-tron and BMW iX each weigh well over 2,270kg.

Of course, these vehicles are better for the planet than a similar combustion-engine model; electric power trains waste much less energy and they benefit from regenerative braking, which tops up the battery. Yet even staunch defenders of EVs have trouble with the idea that these battle tanks are a sustainable and socially responsible mode of transportation.

How did we end up here? The path was set well before electrification; besides the fashion for high-riding SUVs, vehicles have bulked up due to added technology and safety features. Cheap finance and fuel have also enabled consumers to afford bigger rides. Rather perversely, in Europe, manufacturers with heavier fleets were set less stringent emissions-cutting targets (partly a political compromise to protect German luxury cars).

Though less chunky on average than American vehicles, cars sold in the EU and UK have gained 15% more weight since 2001, weakening the pollution benefits from much-improved fuel economy. Switching to electric adds at least a couple of  hundred extra kilos per vehicle. In 2020, the average mass of new EVs sold in Europe was nearly 1,700kg, or about 16% heavier than the average of all vehicles sold, according to the International Council on Clean Transportation. Plug-in hybrids — which have a combustion engine and electric motor — topped 1,900kg on average, in part because these are often SUVs or luxury saloons.

“One of the issues we will have in the future is going to be the weight of electrified products, because weight means a lot of raw material resources,” Stellantis CEO Carlos Tavares told a Morgan Stanley autos summit last month.

This issue goes beyond greater demand for battery metals and the soaring costs of raw materials. A new study points out that if consumers opt for heavier vehicles, demand for electricity will increase more than currently anticipated, requiring a larger decarbonised grid.

Then there are the risks to small cars and pedestrians from being hit by a fast-accelerating electric SUVs or pickup trucks — these often have elevated front-ends that make it hard to see small children. Heavier vehicles also cause more road and tyre wear, leading to fine particle pollution.

Tiny electric cars are a hit in China, while in Europe small models such as the Renault Zoe and Dacia Spring have proven popular. However, major manufacturers often prioritise electric SUVs and high-performance sports cars because they’re more profitable. Last year, SUV/Crossover-type vehicles accounted for 41% of western European electric car sales, according to Schmidt Automotive Research.

In fairness to the industry, consumer preferences play a big role. People often worry that an EV will run out of power and leave them stranded (so-called range anxiety). Bigger batteries — and therefore larger, heavier vehicles — alleviate this. And having become accustomed to muscular gasoline-powered wheels, they want an electric replacement to be every bit as exciting.

Hence, the dramatic improvements in battery energy density over the past decade have so far mostly gone towards boosting vehicle range and power, not reducing battery size and weight.

Thankfully, attitudes are starting to change. Last month Mercedes-Benz unveiled the EQXX, a sleek prototype saloon, which it claims can travel 1,000km on a single charge and weighs a mere 1,750kg — pretty trim for a luxury car. This is thanks to better aerodynamics, lightweight materials and a smaller, more energy-dense battery.

New chemistries, such as solid-state batteries, should also help electric cars shed the kilos again. Expanded fast-charging networks may convince buyers they don’t need such a large battery to get around. And innovations such as automatic emergency braking (already standard in some of the vehicles I’ve mentioned) will help keep more road-users safe.

But instead of just relying on technology to save us, governments should push people to buy smaller, more efficient vehicles with smart regulation.

One option is to tax heavy electric vehicles, helping offset an expected tax revenue shortfall from lower consumption of petrol and diesel. A less blunt approach would be implementing fleet-efficiency standards for electric vehicles, similar to the US Corporate Average Fuel Economy (CAFE) rules. This would address often wide gaps in energy efficiency.

Ultimately, everyone benefits if manufacturers learn to do more with less. If the industry is to become truly sustainable, it should think electric and think small.