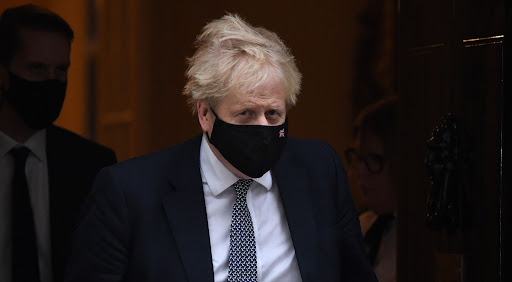 After weeks of waiting, there was no damning Sue Gray report. Instead the senior civil servant released a short update on her investigation into the Downing Street parties that have dominated British news since the start of the year. But the lack of chapter and verse hardly means Boris Johnson is off the hook.

The non-report was no real surprise. Gray’s hands were tied when the police decided to conduct their own an investigation and barred her from prejudicing their findings by publishing a detailed report. Despite interviewing more than 70 witnesses and gathering hundreds of WhatsApp messages and images, she could only issue some broad conclusions. Eventually, however, the report will come out in full and Tory MPs will have to decide on a threshold for probity in public office. The fate of the prime minister ultimately rests in their hands.

Gray examined 16 different gatherings on dates between May 2020 and April 2021, a time when Britain was under various lockdown restrictions that meant people were kept from seeing loved ones. What she found seems to have left her unimpressed. They “represent a serious failure to observe not just the high standards expected of those working at the heart of government, but also of [sic] the standards expected of the entire British population at the time,” she writes.

The report’s biggest revelation is that the police are looking into all but four of the gatherings that Gray investigated. That’s no small matter given that the Metropolitan Police have a high threshold for investigating past violations of lockdown restrictions. One test says that those involved in the alleged breach either knew or should have known it was an offence; another test is that not to investigate would significantly undermine the legitimacy of the law. That so many of the events met such a bar suggests there is a lot more to come out.

The police say they have more than 300 images and 500 pages of information handed over by the Gray inquiry. There is bound to be constant speculation, and potentially leaks, about the state of the investigation and whom the police will question. A single instagrammable photo could change the mood among Tory MPs.

The prime minister tried hard during his statement to the House of Commons on Monday to apologise again and move past the scandal. He announced an overhaul of the chaotic Downing Street operation and said a chastened government would be more focused than ever on delivering its programme. He urged those with doubts to wait for the results of the police investigation before making their judgment.

The central choice before his party remains: accept their leader as he is or look for a replacement.

Acceptance these days is becoming harder. In one of several dramatic moments in parliament Monday, Tory MP Aaron Bell recalled travelling hundreds of miles to attend his grandmother’s funeral in May 2020, where there were just 10 people because of lockdown restrictions. “I didn't hug my siblings. I didn’t hug my parents. I gave the eulogy and then afterwards I didn’t even go to her house for a cup of tea. I drove back three hours from Kent to Staffordshire. Does the prime minister think I’m a fool?”

Former Prime Minister Theresa May delivered a withering question, asking her successor if he didn’t read the rules, didn’t understand them or simply didn’t think the rules applied. “Which was it?” she asked.

Still, the mood seems to have softened considerably from a few weeks ago. Johnson reportedly put off a call with Vladimir Putin to put out the fire closer to home — a sign of how consuming his self-made crises have become. He met with a group of Tory MPs on Monday evening and urged them to stay loyal, even announcing he’d rehired election strategist Lynton Crosby to advise him. As anyone who has seen Johnson address his annual party conference will attest, Crosby’s effect can be mesmerising.

There is a full-scale operation to change the subject away from lockdown boozing. On Monday, the government released a 108-page report on the “Benefits of Brexit”, which promises a best-in-class regulatory environment. There are expectations that the long-awaited paper on “levelling up” — Johnson’s central policy to rebalance the UK economy — will be published this week too.

In his response, Labour leader Keir Starmer said he refuses to accept that “this prime minister’s lack of integrity is somehow ‘priced in’.” Honesty and decency should matter, “whatever your politics”, Starmer said.

Will the public agree? Often there is a built-in assumption that politicians are casual with the truth. And yet, as Bell suggested, it’s different if people feel they’ve been taken for fools. “Honesty doesn’t really matter until it does,” says YouGov polling expert Anthony Wells. “I’m doubtful he [Johnson] can survive it in the longer term. It’s dragged on so much and he’s become such a figure of mockery, it feels like a government in decay.” Plus, once lost, such trust is very hard to regain.

Ultimately, neither the full Gray report when it comes (which Johnson pledged to publish in full only after much pressure from his party) nor the police findings can force Johnson out of office. That is the prerogative of his own MPs, who will have to decide whether they are happy to have a prime minister who lives in the ethical grey zone. It was the point Starmer addressed to Tory MPs: “as night follows day, continuing his leadership will mean further misconduct, cover-up and deceit.”

After all that waiting for Sue Gray, there is yet more waiting. The public, however, may have made up their mind already.

1.
ANDY MUKHERJEE: Banking could meet the same fate ...
Opinion
2.
GARY SHILLING: Treasury yields are peaking — and ...
Opinion
3.
The man with an eye for business
Opinion
4.
Google not final judge about whether computers ...
Opinion
5.
NATHANIEL BULLARD: The war has hopeful ...
Opinion

1.
ANDY MUKHERJEE: Banking could meet the same fate ...
Opinion
2.
GARY SHILLING: Treasury yields are peaking — and ...
Opinion
3.
The man with an eye for business
Opinion
4.
Google not final judge about whether computers ...
Opinion
5.
NATHANIEL BULLARD: The war has hopeful ...
Opinion