LIONEL LAURENT: Macron has a chance to flex more muscle over Russia 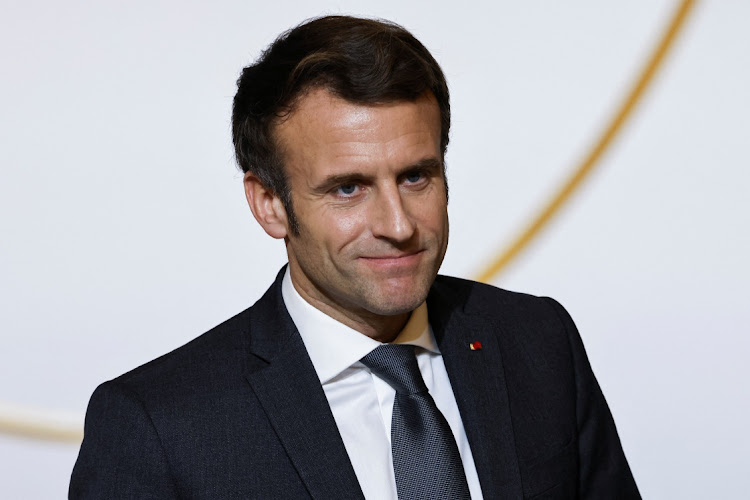 Emmanuel Macron has spent much of his presidency trying to get the EU to speak the language of hard power in a more hostile world.

A smorgasbord of EU defence plans, including a 5,000-strong deployment force by 2025, have accompanied visions of a bloc less dependent on the US and Nato — which he once derided as “brain-dead”. In 2019, when trying to engineer a rapprochement with Vladimir Putin’s Russia on a host of issues including the Ukraine conflict, Macron evoked Charles de Gaulle’s call for a Europe stretching from “the Atlantic to the Urals”.

The reality is that such a sweeping Eurasian vision built on French grandeur has failed to bear fruit. Today, more than 100,000 Russian troops have massed on the Ukrainian border, the US is on high alert and European leaders are struggling to have their voice heard, let alone find common ground about what to do.

Rather than a power bloc, Europe looks more like a fractured archipelago, with some parts calling for dialogue and others sending weapons to Ukraine. Distractions abound: France is entering election season, Germany has just exited it, and both are conscious of spillover costs to energy prices — one of many crises (including refugees) that an invasion would bring, says Marie Dumoulin of the European Council on Foreign Relations.

This is in many ways a nightmare scenario for Macron, the standard-bearer for a more autonomous EU. But it’s also an opportunity to make up for past failures. As the EU’s only nuclear power and pre-eminent military power after Brexit, France can play a more productive role.

The starting point for this week’s “dialogue” with Russia — including multi-country talks with Ukraine and a phone call with Putin on Friday — is to admit the need for change. In the past, dialogue has gone in one direction, as Macron pushed for a reset with Moscow to the point of accusing his own diplomats of going too slowly. The result emboldened Russia, sidelined Europe and lengthened the list of tensions from Belarus to Africa. East-West divides inside the EU ran deeper, as Baltic states — also part of Nato — viewed Macron with increased distrust.

That distrust is what Macron should seek to dispel in his dealings with Putin. France and its allies are under pressure to find paths to de-escalation, but expectations are low that any great strides will be achieved beyond buying time. Macron should at least focus on making clear that France will uphold Nato commitments to reassure Eastern allies — as seen recently with the president’s announcement of a possible troop deployment to Romania, part of what Joseph de Weck of advisory firm Greenmantle calls a “pivot” on Russia. There needs to be unity behind a European defence that complements, not competes with, Nato.

The threat of sanctions against Russia can also be strengthened by Macron. France has already warned of a “very high” cost for Russia in case of aggression; this should include targeting Putin’s entourage and cracking down on corruption. Germany has in general been aligned with France in the past, but the Nord Stream 2 pipeline has displayed Russia’s leverage as Berlin leads efforts to exempt energy from sanctions. Paris could do better at putting Berlin on the spot — reliance on Russian gas risks undermining European security and the energy transition at the same time — and organise a plan for alternative emergency gas supplies and stockpiles if the crisis keeps escalating.

Finally, given even the best-case scenario remains a conflict that’s frozen rather than hot, France should take the lead on long-term support for Ukraine. The bloc’s policy towards its Eastern neighbour has failed to avert crisis, and its proposal for over €1bn in funding for Kyiv doesn’t change that. If appetite for expanding further eastward is at rock bottom — Kyiv will wait “until hell freezes over” to join Nato, its former secretary-general says — other paths need to be found. Macron could visit Kyiv as a first step, suggests Nicolas Tenzer, of the Center for European Policy Analysis; France should also deepen ties with civil society and opposition groups in Russia and Belarus.

This all might seem wishful thinking in the current environment. Macron has less room for manoeuvre with electoral rivals swarming, as Sciences Po’s Cyrille Bret points out, and a romantic view of the Putin regime crops up across France’s political spectrum.

Yet Macron can take heart that a stronger stance against Russia might be more popular than the heated presidential race suggests. Recent polling suggests French public opinion views the US as a clear ally, unlike Russia and China.

Europe may very well stretch to the Urals one day. All the more reason for Macron’s rhetoric to match Russian reality.

The new law will require people to have a certificate of vaccination to enter public places such as restaurants, cafes and cinemas
World
4 months ago

HRW head Kenneth Roth says during key summits, Biden ‘seemed to lose his voice when it came to public denunciation of serious human rights violations’
World
4 months ago
Next Article