The solution will become the problem as inflation takes hold, rates rise and central banks’ balance sheets are reduced 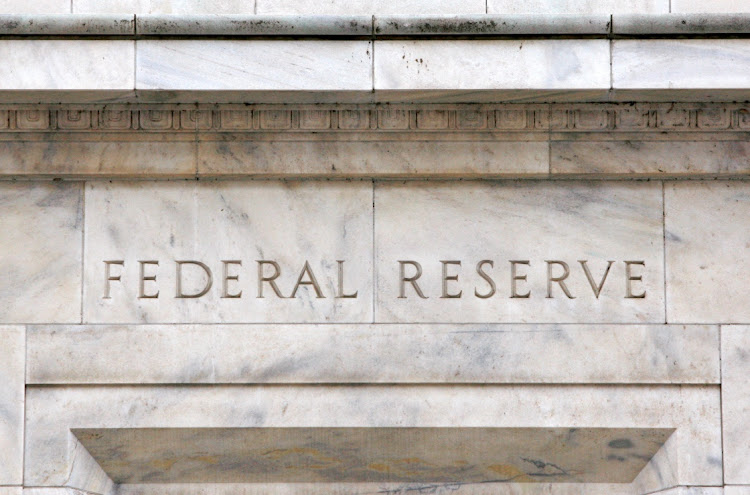 The US Federal Reserve building in Washington, the US. Picture: JASON REED/REUTERS

What a difference 25 years makes. Worried that inflation was about to turn higher, the Federal Reserve in February 1994 began raising interest rates, taking the federal funds rate from 3% to 6% a year later. As it turned out, those worries were unfounded: the US consumer price index barely budged, finishing the year at 2.7%, right where it had started.

Although inflation in many developed-world countries is now well above those levels — 7% in the US alone — of the major central banks only the Bank of England (BoE) has started to raise short-term rates. They are now, um, 0.25%. Across the developed world, short rates are still either barely above zero or negative. What’s more astonishing is that even though they have cut their purchases, the Fed and European Central Bank (ECB) continue to buy about $140bn of longer-maturity bonds every month, suppressing long-term yields even as inflation rages.

Some central banks say that rate hikes are coming, but their extraordinary reluctance to deal with actual inflation means it will become entrenched. Not only will policymakers have to raise rates more than they envision, but also cut the size of their huge balance-sheet assets, too. Don’t expect that the process will be anything other than awful for risky assets of all stripes.

Over the past year-and-a-half, inflation has not only accelerated but broadened. It started with goods prices and has now expanded to services, even in the moribund eurozone. Central bankers and markets still believe inflation rates will come down a lot. The part of the swaps market that in essence predicts inflation in the future is pricing in a drop in the US CPI to 3.6% by the spring of 2023 and to 3.25% the year after. Alas, like central bankers, the inflation swap market’s record is dreadful. In late spring of 2020, markets predicted a CPI of minus 1.35% a year later and staying below zero by the spring of 2022.

I’m not suggesting inflation will remain at current nosebleed levels. More likely is that having had a couple of decades of headline inflation that was on the low side — for central bankers, but not for anyone else — we are in for a few years when it remains above their targets.

Short rates will of course need to rise. That is problem enough for markets, but the bigger problem comes from the trillions of dollars of assets that central banks have accumulated on their balance sheets. Taken together, the Fed, ECB, Bank of Japan, BoE and Swiss National Bank have some $27-trillion of assets. In 2007, before the global financial crisis, the combined total was a little more than $4-trillion.

Central bank assets will stop growing in 2022, undermining a major source of support for all types of bonds. But if inflation remains persistently high, central banks won’t simply be able to let their assets roll off as they mature, as most assume. They will have to start selling them. That is the big problem.

Central banks resorted to buying bonds and other financial assets (so-called quantitative easing) for a few reasons. The main one was to drive up inflation and inflation expectations from uncomfortably low levels by injecting more liquidity into the financial system and driving down longer-dated yields. Now that central banks have got much more inflation than they wanted, they will, by the equal and opposite token, need to sell the assets they bought. The longer inflation remains at current levels, the greater the pressure to sell. And they will probably need to do so sooner and faster than most expect and at prices a lot lower than they fetch today. The Fed alone owns about 30% of all the notes and bonds issued by the US treasury department.

To say that central bank purchases have had a large effect on yields would be an understatement. One way of seeing this is to split the yield of a longer-dated bond into the part that reflects the expected path of interest rates over the life of the security from everything else. That “everything else” is the term premium. This should compensate investors for, say, sudden surges in inflation. Clearly, this is no longer true. Depending on what model you use, the term premium on 10-year treasury reached a high of 450 basis points to 500 basis points in the early 1980s. At the nadir of the pandemic, it was minus 100 points and is now about minus 10 points. To be clear, this means that you get less buying a 10-year Treasury than would be suggested by the expected path of rates over the life of the bond — expectations that are almost certainly too low.

The driving down of government bond yields also compressed yields and spreads on investment-grade and junk bonds. That was the intent. Junk spreads reached their narrowest level ever in June 2021. With so little yield available in fixed income and central banks seemingly always on hand to bail them out, investors flooded into equities. As a result, many developed-world equity indices are either very expensive or, in the case of the US, not far off their most expensive levels ever, based on valuation measures that are a decent guide to future returns. That is what a decade-and-a-half of market manipulation by central banks has done.

The policies of zero or negative rates and seemingly infinite QE looked idiotic when they were adopted, and time has not been kind. Paradoxically, they could only be sustained if central banks were wrong, and their policies failed to spark inflation. Now that inflation has taken hold, rates will go up substantially and balances sheets will need to shrink.

What would you pay for fixed-income assets now if you knew that central banks will become, in effect, forced sellers later? I can’t see how any financial asset will escape the damage from the likely lurch to higher yields. The way out of these policies will be as nasty as the way in was nice.

Bloomberg Opinion. For more stories like this go to bloomberg.com/opinion

By spotlighting the effect of worker shortages, the Covid-19 pandemic focuses investors and markets on problems now
Opinion
4 months ago

There is just enough reform to keep markets at bay, but the mix of inequality and unemployment is unsustainable
Opinion
4 months ago

With the central bank driven ‘everything rally’ in peril, there might be an opportunity for individual fund managers to shine
Opinion
4 months ago
Next Article