BOBBY GHOSH: Is specialty instant coffee any better than Nescafé? 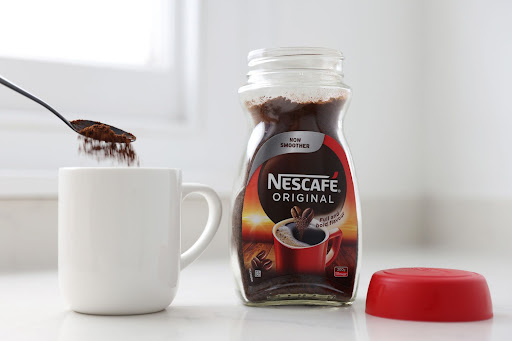 Overnight oats? Only with a gun to my head.

The list of Covid-19-era food fads is long and sometimes strange. Even so, the pandemic passion for instant coffee seems especially bizarre.

After all, thanks to WFH, time is a surplus commodity, and you would think caffeine addicts would use some of it to dawdle over their favourite fix. Instead, some coffee fanatics, including a sizeable contingent from Silicon Valley, have become obsessed with instant brew.

Even odder is that they are willing to pay premium prices for what has traditionally been joe for the poor. For most of my coffee-drinking life, “instant” has been a euphemism for inexpensive. That’s why, as I was given to understand, it is so popular in developing countries, especially those that don’t grow their own beans, where “Nescafé” is an eponym for coffee.

Such pretension would abash even the most oenophile of my friends.

The most interesting additions to the Ghosh home kitchen over the past 18 months have been two coffee-making gadgets, a Japanese mizudashi pot and a South Indian decoction filter. One uses cold water the other hot, but both operate on the principle of unhurried percolation.

I rarely drink instant now. But if, like me, you grew up in India in the ’70s and ’80s, you might have been forgiven for thinking that granules were coffee’s natural form. Only in some parts of India’s south, home to the country’s few plantations, was filter coffee an option. Pour-overs and French presses were unheard of, and “siphon” was a term associated only with embezzlers and petrol thieves.

The ubiquity of instant owed as much to cost considerations as convenience: Nescafé was cheap. It was also something of a cross between a sleeper agent and a gateway drug, helping to create a coffee habit in poor countries before economic development spurred demand for the likes of Starbucks. You can see, then, why it is hard for me to conceive how anyone would pay the price of a venti for a cup of instant.

It is less surprising that the epicentre of the trend should be in Silicon Valley, where the notion of a $6 cup of instant was floated as far back as 2016, and where the Finnish creator of said cup, Kalle Freese, is inevitably described as “the Elon Musk of coffee.”

I had to find out for myself if these expensive instants lived up to their premium pricing. Alas, there has been a run on Freese’s Sudden brand, so I never got the chance to pour a serving of granules out of a vacuum-sealed tube. Instead, I ordered three others: Swift Cup, Juno and Joe.

From the tone of this column thus far, you can probably tell I took a healthy dose of dubiousness into the trials. My scepticism wasn’t softened by the extravagant claims on the packaging. Each box from Swift Cup, for instance, bears the legend: “We taste” followed by flavour notes such as citrus, florals, milk chocolate, toasted nuts and red fruit. Such pretension would abash even the most oenophile of my friends.

But I did my best to put my disbelief to a side and tried them all. And I can attest to the following:

Now for the twist. Those of us who grew up on Nescafé learned how to extract more taste from the granules than the manufacturer might have thought possible. Indians developed a technique known as “beating”, in which a combination (the proportions vary by taste) of granules and sugar is whipped, by hand, with a small quantity of water until thickened to the consistency of porridge. Into this sludge is poured frothy hot milk, and voila... you have Indian-style cappuccino.

Dalgona, the Korean version of this, is something of a TikTok craze.

When I deployed this technique to the various instant coffees in my kitchen, they all improved in taste. But none of them came close to the original and undisputed champion: Nescafé Classic.

That may not be sexy enough for Silicon Valley, but there are plenty of Indians in the Bay Area — and the wider world — who will agree with me that when you know, you know.

More stories like this are available on bloomberg.com/opinion
Bloomberg Opinion.

Andrea Nagel is defeated in her hunt for The Art of Duplicity, which made it onto the extended list of the Top 50 Bars in the World
Life
6 months ago

The ups and downs of coffee consumption

A new study bodes ill for java lovers but, as with most things, it seems moderation is key
Life
11 months ago
Next Article

1.
ANDY MUKHERJEE: Banking could meet the same fate ...
Opinion
2.
Google not final judge about whether computers ...
Opinion
3.
The man with an eye for business
Opinion
4.
PARMY OLSON: Facebook must beef up policing of ...
Opinion
5.
AARON BROWN: Cashing in on crypto: how to value ...
Opinion

Wanted Online: A digest of splendour

1.
ANDY MUKHERJEE: Banking could meet the same fate ...
Opinion
2.
Google not final judge about whether computers ...
Opinion
3.
The man with an eye for business
Opinion
4.
PARMY OLSON: Facebook must beef up policing of ...
Opinion
5.
AARON BROWN: Cashing in on crypto: how to value ...
Opinion

Wanted Online: A digest of splendour