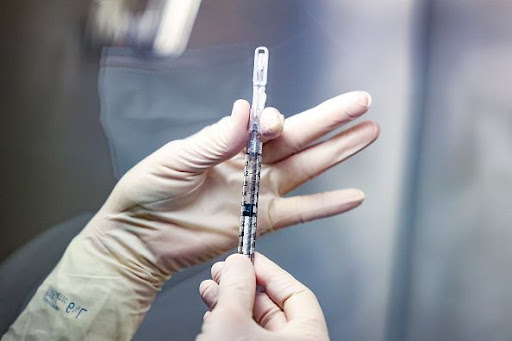 Pfizer and Moderna are starting to churn out doses of Omicron-specific vaccines, and they say they could have data on whether the shots are effective as soon as March. But is this the best way to build and maintain protection against Covid-19?

The world is breeding new variants so fast, it may not make sense to chase them one at a time. Global regulators don’t necessarily think it’s the right approach. The World Health Organization and the US Food and Drug Administration say Omicron-specific vaccines might not be needed, and that public-health agencies around the world — not drug companies — should work together to decide the composition of the next vaccines.

A wiser strategy is one that many vaccine scientists are already working on: the development of pan-coronavirus vaccines, capable of quashing any variant that exists or might emerge.

It’s certainly possible that the Omicron-specific vaccines that Pfizer and Moderna are working on will turn out to be useful, Anthony Fauci told me — at least for a while. But, he said, “we’ve got to be careful because you may be playing some sort of whack-a-mole approach as newer variants go”.

In addition to advising US President Joe Biden on Covid response, Fauci is head of the US National Institute of Allergy and Infectious Diseases, which is funding various efforts to create pan-coronavirus vaccines.

Virus experts have been 'humbled' by the range of mutations this coronavirus can produce.

Chances are good that a new Covid-19 variant is already lurking that might look nothing like Omicron. Virus experts have been “humbled” by the range of mutations this coronavirus can produce, says Penny Moore, a virologist at University of the Witwatersrand in SA. The changes in the spike protein — the target of our current vaccines — have jumped around from Beta to Delta to Omicron, enough to suggest that an Omicron-specific vaccine might be powerless against the next variant.

In a perfect world, the quickest way to end this variant chase would be to immediately vaccinate the entire world with the existing shots. Omicron has shown it can break through Pfizer and Moderna’s protection, but these vaccines still defend against severe disease, hospitalisation and death. For now, countries with inadequate vaccine supplies are a breeding ground for new variants.

One smart way to fight back is to create and test pan-coronavirus vaccines — and lay out a plan to produce enough of these for all countries. But they can’t be created as fast as variant-specific vaccines can. Fauci estimates it could take many months or even, if we’re unlucky, years to perfect them. But given the probability that the world will be living with SARS-CoV-2 for a long time, it’s essential to try to build universal protection against any and all variants that might develop.

So what exactly is a pan-coronavirus vaccine? The term has become a catchall for both vaccines that could protect against any current and future SARS-CoV-2 variants and those that could also provide immunity against SARS, MERS and any other coronaviruses that might come along.

Scientists have reason to be optimistic that either kind is possible. Design templates already exist for universal vaccines against flu and HIV. The trouble is, none of these designs has yet made it to the marketplace, and many have failed altogether.

Coronaviruses may be easier targets, however. Their built-in error-correcting mechanism causes them to mutate much more slowly than flu viruses or HIV do.

So scientists in academic and government labs are working with a specific design that has shown promise against the flu: a nanoparticle studded with pieces of the virus that are known to be important for eliciting a strong immune response.

Researchers at many labs — including the Walter Reed Army Institute of Research, the National Institutes of Health, the California Institute of Technology, the University of Washington’s Institute for Protein Design and Northwestern University — are experimenting with various kinds of nanoparticles decorated with spike proteins taken from various SARS-CoV-2 variants.

The idea is that exposing the immune system to a few different spike proteins will enable it to mount a defence against any it might encounter. In December, Walter Reed scientists published data showing that their pan-coronavirus vaccine caused non-human primates to produce neutralising antibodies against not only SARS-CoV-2 but also SARS-CoV-1, the strain responsible for the 2003 SARS outbreak. These researchers have already begun an early phase one trial in humans to ensure it is safe and gauge the immune response it elicits.

Another experimental pan-coronavirus vaccine created by Pamela Bjorkman’s lab at Caltech has room for even more spike proteins than the Walter Reed one has. She’s preparing to begin a trial in the UK.

Another way to create a pan-coronavirus vaccine is to target the parts of the virus that remain the same even as it mutates, perhaps a small region on the spike protein. But because so many of the virus’s mutations are on the spike, this may not be easy. Vir Biotechnology, which makes the only antibody therapy still effective against Omicron, is well on its way to identifying these so-called highly conserved areas on the virus, says Herbert “Skip” Virgin, Vir’s chief scientific officer. The hope is that a vaccine targeting these spots could offer several years of broad protection against coronaviruses.

“But discovering these vaccines will take time,” Fauci says. “It’s not going to be tomorrow.” In making the initial Covid vaccines, scientists were able to quickly build upon years of work to make the spike protein in the proper shape to show the human immune system. Doing that again for whatever area remains unchanged in the spike? “That could take a long time,” Fauci says.

Directing greater effort into the projects could move them along faster. In September, NIAID gave out $36.3m in pan-coronavirus grants, and that’s a start. Getting big drug firms — and their vast research budgets — involved would also help. It’s not too soon for companies such as Pfizer and Moderna to turn their attention to pan-coronavirus vaccines.

Bloomberg opinion. More stories like this are available on bloomberg.com/opinion.

Coronavirus loses most of infection capacity after 20 minutes in air

1.
Joint banking could be central to a happy marriage
Opinion
2.
ANDREA FELSTED: Luxury goods are in style as as ...
Opinion
3.
ANDREAS KLUTH: Animal disease threat to humans ...
Opinion
4.
PARMY OLSON: Devices collect our data, which is ...
Opinion
5.
World would keep spinning if crypto disappeared ...
Opinion

1.
Joint banking could be central to a happy marriage
Opinion
2.
ANDREA FELSTED: Luxury goods are in style as as ...
Opinion
3.
ANDREAS KLUTH: Animal disease threat to humans ...
Opinion
4.
PARMY OLSON: Devices collect our data, which is ...
Opinion
5.
World would keep spinning if crypto disappeared ...
Opinion