Despite the notion of ‘Web 3.0’ firmly attaching itself to currencies, they are dispensable 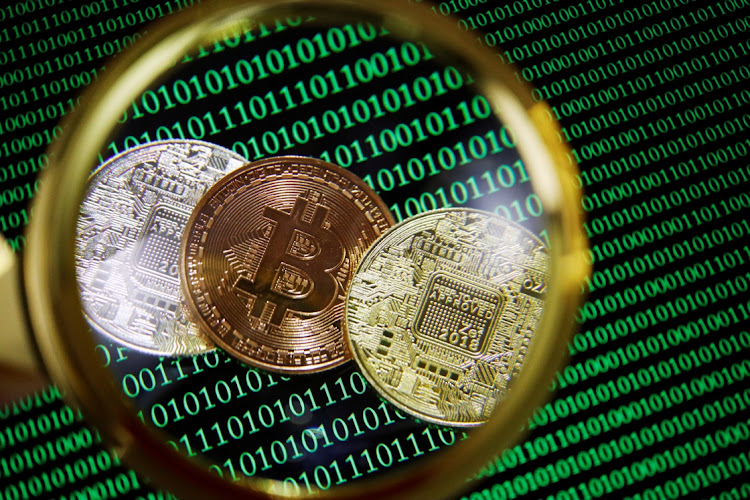 Crypto is seemingly everywhere in 2022. The total market cap of all cryptocurrencies is still more than $2-trillion despite some recent losses. In 2021, people spent more than $44bn on non-fungible tokens, or virtual ownership rights on digital objects — an amount that approached the total size of global art and antique sales in 2020. The notion of “Web 3.0” has firmly attached itself to crypto in the past year or so.

And yet, 13 years after the first bitcoin was mined, I can’t help thinking that not much would change for most of us if we woke up one morning and found that the entire crypto phenomenon had disappeared forever.

Imagine the web — still Web 1.0 at that point, when Facebook was still called The Facebook — disappearing in 2004, 13 years after Tim Berners-Lee released his World Wide Web browser to the public. Even then, before YouTube (2005) and Netflix streaming (2007), no more internet would have been a major shock, a huge loss: No more Google? No Wikipedia? No Skype?

No more crypto in 2022, though? Meh, unless you’re one of the millennial millionaires with more than 50% of their assets in cryptocurrencies.

One could pick and choose adoption statistics to show that crypto is at about the same stage now as Web 1.0 was in 2004.

There are about 71-million ethereum addresses and about 40-million bitcoin addresses with non-zero balances. These numbers are on the same order as those reported by the internet auction company eBay in 2004: 56-million active users who had bought or sold something that year, and 20-million active accounts in its payment segment, served by PayPal, then part of eBay.

That is far from a given at this point, at least while the energy expended on one ethereum transaction is enough to power more than 100,000 Visa transactions

Coinbase Global, the biggest US cryptocurrency exchange, has about 2.8-million monthly active users; in 2004, E*Trade Financial Corp, one of the first internet brokers, reported 3-million active brokerage accounts, and TD AmeriTrade Holding Corp, another firm in that space, boasted 2.6-million.

The market cap of the Nasdaq 100 index, the mirror of the nascent internet industry, reached $2.5-trillion at end-2004 — again, the same order of magnitude as crypto’s now.

But even the most generous estimates of the number of crypto users — about 200-million now — are a far cry from the more than 1-billion internet users in December 2004. People were actually buying things on Web 1.0 — books, aircraft tickets, pizzas — and, after 13 years, not many of them are using Web 3.0 to buy things. BitPay, one of the biggest cryptocurrency payment processors, handles about 66,000 transactions per month, compared with Visa’s about 17-billion.

That, of course, is a consequence of the crypto world’s inability to drive down transaction costs — a median 1.4% for both bitcoin and ethereum. That’s more than the current average cost of an international money transfer to Azerbaijan or Georgia, according to the World Bank. Wise, the transfer company, which doesn’t use crypto, moves money for as little as 0.35%, depending on the currency. There’s not much of a benefit to switching to crypto from the traditional banking system, unless one is looking — probably in vain, should the authorities get interested — for more anonymity at the cost of more risk (the crypto world is infamous for its helplessness in the face of fraud).

Yet there’s more to Web 3.0’s lower adoption rate than Web 1.0 had after 13 years. The technological promise of crypto, despite what its boosters say, is far more limited than was that of the early Web. For every real-life application of the blockchain, you could name several that Web 1.0 opened up, many of them in areas that affect almost everyone’s daily life. As early as 2004, the internet was the main source of election news for 18% of Americans; it’s hard to find a comparable example involving crypto now.

That is one reason the internet’s progress throughout the Web 2.0 era can’t be projected onto crypto. Far fewer areas of business and life in general require the blockchain than Web 1.0 and Web 2.0 applications — and even those areas will adopt it only if the blockchain can do a better job than existing Web 1.0 and Web 2.0 tech. That is far from a given at this point, at least while the energy expended on one ethereum transaction is enough to power more than 100,000 Visa transactions.

The current crypto adoption rates, comparable in some cases to internet payment and trading tech adoption in 2004, are still driven by speculation that is taking place in a kind of walled garden. Despite the traditional finance world’s acute curiosity about the new, often lucrative crypto assets, it has only been dabbling in them.

A $6.5m BlackRock investment in bitcoin futures has been touted as a breakthrough; that is less than BlackRock had in shares of cybersecurity company McAfee in the third quarter of 2004. According to CoinGecko, the biggest bitcoin holding by a public company, MicroStrategy, was worth $5.1bn, followed by Tesla’s $2bn and Galaxy Digital Holdings $1.3bn; the rest of the bitcoin and ethereum holdings were far smaller.

By contrast, internet companies in 2004, survivors of the dot-com bust such as Amazon.com or eBay, were legitimate if risky investments; Amazon’s bonds were rated a notch below investment grade in 2004. And if one recalls the dot-com boom itself, the frenzy in the regulated markets is hardly matched by the current cautious interest in crypto.

You could blame crypto’s walled-off status — and thus its lack of systemic risk for the global financial system — on regulators’ wariness and the crypto world’s buccaneering spirit and antigovernment rhetoric. But Web 1.0 pioneers embodied the same anarchic spirit; they, too, wanted to break things. Perhaps the early 21st century busts have taught investors something about buying too much of the new thing.

The real breakthrough for crypto will only come if and when the world is unimaginable without it, as it was unimaginable without the internet back in 2004. Even 13 years after it all started, that sense of an irreversible technological revolution — one that would deserve the Web 3.0 label — still requires some technological leaps, even in areas where the blockchain has its obvious uses, such as payments or the creation of contracts.

But the turning point will not come in the form of overwhelming statistical evidence, or as a single event, such as a major traditional investor’s conversion to the crypto creed or a major nation’s adoption of a blockchain-based currency. It’ll come as a feeling, a sense that Web 3.0 has changed the world so much that losing it would leave a scar. That sense is the biggest prize when it comes to technological revolutions.