A weaker Johnson is likely to mean more factionalism, and that might be a good thing for Britain’s democracy or it might lead to gridlock 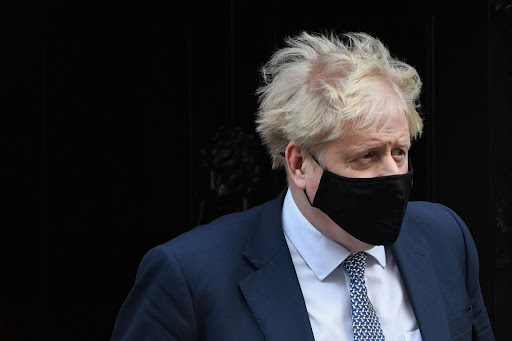 One of the quainter rules among British legislators is they can’t openly accuse each other of lying. It doesn’t bode well for Boris Johnson that on Wednesday his opponents found so many ways around that convention, with barely a peep of protest from his own benches.

Labour legislator Toby Perkins asked him to explain “why he believes that the great office of prime minister can be held to a lower standard than those previous jobs he was sacked from?” Labour leader Keir Starmer got away with asking “Can’t the prime minister see why the British public think he is lying through his teeth?” — a line that at any other time might have earned him a stern word from the speaker.

It’s impossible to say now whether “partygate” is the thing that ends the remarkable, and remarkably resilient, political life of Boris Johnson. Often with this prime minister, his predicament looks desperate but not serious. But it doesn’t take much to see how the latest revelations leave him a weaker premier and how much easier it will be for either his party or voters to cut short his tenure.

Johnson has now admitted to attending a boozy garden party on Downing Street during the height of the pandemic’s lockdown restrictions. In a statement to parliament that read as if it had been through several rounds of lawyering, Johnson said he regrets not telling the crowd of 30 or so colleagues to put down their goblets and head indoors.

He bought himself a little time Wednesday with an uncharacteristic apology while urging MPs to wait for the report into the parties due out soon from senior civil servant Sue Gray. And yet any hopes he may have that the issue will simply go away seem fanciful.

Take away the context, and some might be tempted to wonder whether workers gathering in the office garden — effectively Johnson’s residence as he lives at 10 Downing Street — is really a fireable offence. Key workers were exempt from work-from-home rules, so the presence of senior government staff at a workplace might be justified on those grounds. Most workplaces don’t sanction drinking on the job, but there are plenty where drinks are occasionally an extension of it. In his part-apology, Johnson said he showed up for 25 minutes to thank them for their work and left.

And yet the May 20 party revelation comes on top of news reports of other Downing Street gatherings, all the subject of investigation. It comes after a great deal of dissembling, often by ministers deputised to defend him on the airwaves. It was only once ITV News got hold of the May 20 email, marked “Official — Sensitive” and inviting 100 or so people to “socially distanced drinks” in the prime minister’s garden, that the apology came.

Johnson expressed indignation and outrage at a video showing Allegra Stratton, the former Downing Street spokesperson, nervously laughing about a separate party during a practice media conference. She had to resign. He lost his health secretary, Matt Hancock, for breaking the rules.

Partygate is also not an isolated blotch on his record. He was found to have misled his own ethics adviser over how he funded the refurbishment of his Downing Street flat and lost an MP, Owen Paterson, whose lobbying activities he wrongly tried to defend. The latest turmoil comes at a time when many MPs are uncomfortable with the direction of government policy, following the resignation of Johnson’s Brexit negotiator David Frost. Where exactly the tipping point lies is hard to say; but he can’t be a million miles away.

The Gray report, and any police investigation, will be a big moment for Johnson. But ultimately the prime minister’s survival depends less on what these inquiries might find than on two questions: whether his party now judges him to be more of a liability than a meal ticket, and whether they feel there is a more compelling replacement.

Neither have a clear answer. A poll by Savanta ComRes showed 66% of those surveyed thought the prime minister should resign over the latest allegations; that includes 42% of those who voted Conservative at the 2019 election. A YouGov survey had 56% favouring resignation, up from 48% in November. And yet polls can be fickle. Legislators will be looking carefully at the quantity and contents of letters and emails from constituents to take the temperature.

Triggering a leadership contest requires only 54 Tory legislators (15% of the parliamentary party) to send letters to that effect to the 1922 Committee of backbenchers. That’s not a lot and the urge to finish off a wounded leader runs strong in the party.

Still, there are also perks that come with incumbency and it will take a lot to unseat even a wounded leader. The so-called payroll vote — which is used to describe MPs who have to vote with the government or resign paid or unpaid appointments — includes some 135 Tory legislators and a further 17 Tory MPs who are trade envoys. Johnson, it’s often said, has few friends in his party. But there is also a lot of patronage he can hand out, and MPs who won’t want to bet against a politician with Johnson's track record for getting his way.

But it’s the second question that might give Tory MPs pause: if not Johnson, then who?

The answer during the Brexit campaign was clearly nobody. But with that divorce done, and its results rather messy, do Tories believe another leader has a better chance of keeping them in office at the next general election?

There are potential contenders — from chancellor Rishi Sunak to foreign secretary Liz Truss, both of whom are popular among grass roots Conservative voters. But Johnson has completely remade the Conservatives, changing its stance on the role of the state and successfully crossing traditional voter lines to win seats in the north of the country that had voted labour for most of the last century. Do his would-be replacements have the charisma or the political instincts to hold together the new conservative coalition and defeat a steadily strengthening (though still much weaker) Labour Party?

Tories putting in their letters would have to bet that the solution won’t be worse than the problem. They may stare into the abyss and decide for now to keep the devil they know.

Meanwhile, a weaker Johnson is likely to mean more factionalism. Competing voices within the cabinet and party might be a good thing for Britain’s democracy or it might lead to gridlock — we’ll have to see. But however long it takes, a battle of succession has kicked off.

Johnson and his partner, Carrie, were among those who gathered with about 40 staff in the garden of Downing Street on May 20 2020
World
5 months ago