CHRIS HUGHES: Unilever’s Alan Jope wants every product to ‘do a Dove’ … even its mayonnaise 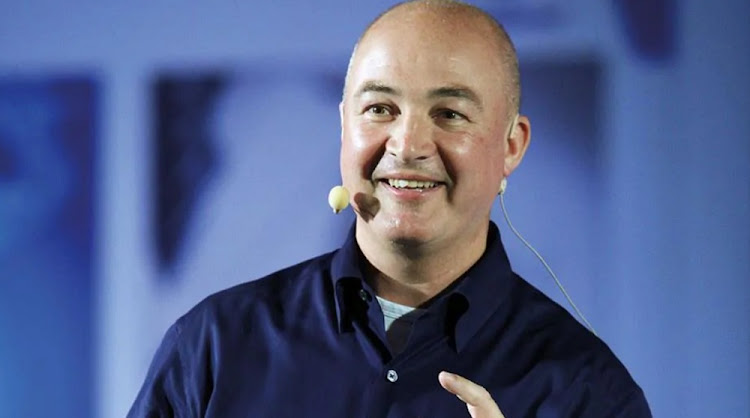 Pugnacious Terry Smith is throwing punches again. The Mauritius-based fund manager has lambasted consumer-goods giant Unilever for its public posturing. It’s not just that autonomous subsidiary Ben & Jerry’s is to stop selling ice-cream in Jewish West Bank settlements and areas of east Jerusalem. “More ludicrous,” Smith says, is the company’s attempt to define the purpose of Hellmann’s mayonnaise. Isn’t the answer salads and sandwiches? Not for Unilever CEO Alan Jope, who expects his condiments to serve a higher societal purpose.

You can see why investors are concerned. Paul Polman, Jope’s predecessor, became big business’s chief advocate for sustainability. Under his leadership, Unilever’s performance was so lacklustre that the company attracted an unwanted bid from Kraft Heinz. The takeover failed but identified a vulnerability — the perception among shareholders that purpose had got the better of profit.

Jope appears to be fashioning himself as Polman 2.0 with an investor-friendly update. He’s retained purpose as buzzword number one. Yet its role is more commercially disciplined. Jope wants every Unilever brand to be capable of being marketed with some benefit to society other than its core function.

The Dove personal care brand, for example, does not use models in its advertising, as part of a mission to promote “self-esteem and positive body confidence”. This corporate attack on beauty stereotypes is impressive. At the same time, the thinking is that even if some consumers won’t pay more for such purpose-led brands, Unilever may nevertheless attract additional customers who prefer them to the rest of the shelf. Purpose then becomes a driver of sales, like quality or price.

Jope isn’t asking his marketing department just to staple a random cause to each of his products. There has to be some relevance. Overall, it makes sense in theory and Unilever says it’s working in practice too.

But is the tail wagging the dog? Jope has said that brands that can’t find their higher purpose will be culled at some unspecified time. Each one needs to stand for something more important than making our hair shine. That seems a high a bar. Can every single product really “do a Dove”?

Surely Hellman’s or Knorr stock cubes merit their place if: (a) customers want them because they taste better than the competition; (b) the workers can be well paid and operate in decent conditions, using ingredients from suppliers who are treated fairly; (c) production and consumption don’t harm the environment; and (d) there’s profit for shareholders?

For all Jope’s public rejection of the purpose-over-profit idea, Smith’s intervention shows how hard it is for Unilever to shake the impression that nonbusiness goals are dictating how it is run, and that it’s not paying sufficient attention to conventional strategic questions like what markets it should be in and how efficient it can be.

Things will change if the benefits of Unilever’s purpose-driven approach lift the reported numbers. Jope is only three years in the job and most of that has been spent dealing with Covid-19. But a business that doesn’t perform will ultimately be taken over, broken up, or whither — however strong its ESG credentials.