Uncomfortable trade-offs are needed if Carrefour and Auchan join up

Private equity interest is rekindling the deal, but the main obstacle is how to structure the marriage 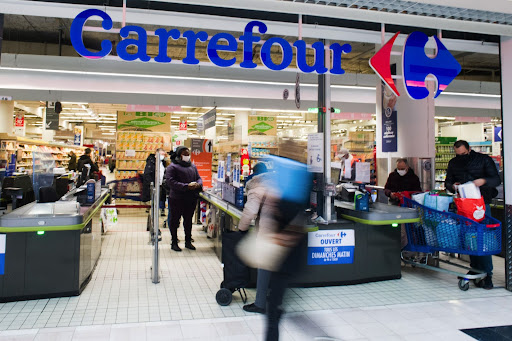 Private equity may team up with French retailer Auchan in a bid for rival Carrefour. It would be an awkward marriage of convenience. Picture: BLOOMBERG

It’s private equity to the rescue. French big-box retailer Auchan couldn’t quite make a good enough offer to buy peer Carrefour when it tried a takeover last year. Now buyout firms may be on hand to juice up the bid. Securing a deal would involve the buyers making compromises and a willingness to do so suggests some desperation to get a transaction done.

Auchan and Carrefour are both struggling to retain customers as shoppers move online as well as to convenience stores and to German discounters Aldi and Lidl. A tie-up would provide some respite, since together these titans would have considerable buying power in the French market. They could also cut marketing and head office expenses. As UK peer Tesco likes to say: every little helps.

Politics precludes a merger happening before the French elections in April. But getting a deal approved may be easier later this year.

The central obstacle is figuring out how to structure a marriage. First time around, Auchan proposed paying about €17bn for the equity, reportedly €12bn in cash and the rest in its unlisted shares. Not only was the price too low, but the value of the stock component was dubious given Auchan isn’t publicly traded.

Auchan can’t easily get around that by just listing its shares. An initial public offering would be a tough sell given investors are already averse to owning grocers. As for a merger with a blank-cheque vehicle, the founding Mulliez family would have to pay away a chunk of the firm as fees to its promoters. Painful.

That leaves pulling in outside money. Auchan has had talks to team up with buyout firms including CVC Capital Partners, Bloomberg News reported this week. It’s now rekindling a deal. The price could be about €23.50 a share paid entirely in cash, or €19bn, according to Les Echos.

Based on what Auchan could afford to pay in cash last year, this implies its consortium partners would provide about €7bn, analysts at Bryan Garnier point out.

Carrefour shareholders, no doubt impatient for an exit, would get a price not seen in nearly five years and nearly 50% above the shares’ three-month average before Auchan’s initial interest emerging in October. Ordinarily, that would be hard to reject.

For the buyers, however, there would be some trade-offs. Private equity participation doesn’t come cheap: Auchan’s current owners would be diluted. As for the buyout firms, they’d have to swallow being in a non-controlling position. The governance here would be an experiment in melding European, Anglo-Saxon and family corporate cultures.

Right now, Auchan doesn’t have an obviously better merger partner than Carrefour, and none of the pathways to a transaction are painless. Private equity is keen to spend its dry powder before interest rates rise and leveraged finance becomes more expensive. And it’s hard to imagine a foreign financial consortium buying a major French supermarket without a local partner. As ever in mergers & acquisitions, it is better to focus on the deal that’s possible rather than the deal you want most.