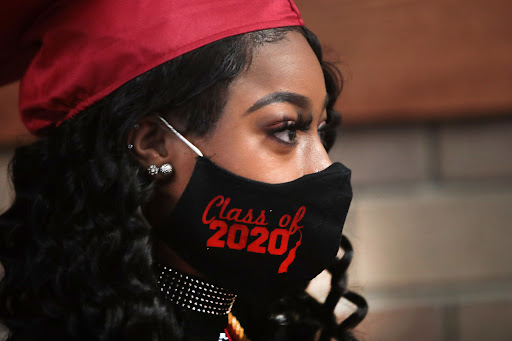 The pandemic has aggravated intergenerational inequality, and a citizen’s inheritance could help tackle this. Picture: BLOOMBERG

As the UK was recovering from the first wave of the pandemic, 18-year-olds whose schooling was disrupted and who were about to experience similar difficulties at university or in the job market received a welcome, and in some cases unexpected, gift.

In September 2020, so-called Child Trust Funds (CTFs), government-financed endowments for British children established almost two decades ago by then prime minister Tony Blair, became accessible for the first cohort of recipients as they reached adulthood. The average tax-free investment account had about £1,500 in it — hardly a life-changing amount, but still pretty handy given the economic shock wrought by Covid-19. Many weren’t even aware they had such savings, since the programme ended in 2011 due to austerity cuts.

I thought of the CTFs, and similar capital endowment plans such as “baby bonds” as they’re known in the US, when a proposal urging financial compensation for young people went viral shortly before Christmas. The idea was they should be repaid for isolating to protect older people during the pandemic.

To many, the premise of owing children money for their sacrifice is offensive. Unlike the 2008 financial crisis, which set back millennials’ employment opportunities, older generations weren’t to blame for the pandemic. Indeed, they were the ones most likely to be killed by it. Young people’s mental health took a disproportionate hit, with many losing out on socialising, travel and milestones like graduations, but they did still have time on their side. The elderly were isolated. Meanwhile, midlife parents were busy struggling to hold down jobs and supervise home schooling.

Of course, there’s a strong argument for reimbursing college-age students. Their campus experience was a shadow of what they expected, so getting back some of their college tuition costs makes sense. Kudos to the Netherlands for proposing a 50% fee cut for this academic year. The US paused student loan repayments, but current students have had to sue to recoup exorbitant tuition expenses, often without success.

However, a direct financial handout to “Gen C” (the Covid generation) for their pandemic woes would set age above other societal inequities that Covid-19 amplified. It would also risk fraying generational ties even further by framing social obligations as purely transactional.

That doesn’t mean we should ignore the plight of today’s youth. Due to years of weak wage growth, soaring college tuition costs and increasingly unaffordable houses, young people have long been falling behind in wealth terms, when compared with prior generations.

Sure, some have recently made money by speculating in cryptocurrencies, non-fungible tokens and their ilk. The young also saved more because they couldn’t party as much. But because older people own most property and financial assets, they’ve been the main winners of the massive stimulus that central banks unleashed to shield the economy. The over-55s enjoyed almost two-thirds of the £900bn increase in UK household wealth in the period from February 2020 to May 2021, according to one study.

Wealth disparities could yet get worse: the massive cost of pandemic support measures may lead to tax increases that fall heavily on working-age people, as we’ve already seen in the UK.

With the omicron variant hopefully marking a new, less dangerous phase of the pandemic, it’s a good moment to consider how to redress these generational imbalances. Ideas like child trust funds and baby bonds are worth trying. Rather than a universal basic income that critics say discourages work, imagine a universal minimum inheritance that can cushion young people against economic shocks.

This isn’t a new idea. More than two centuries ago, Anglo-American philosopher and revolutionary Thomas Paine proposed giving each 21-year-old a lump sum of 15 pounds sterling (the equivalent of about £2,000 today), paid for by inheritances taxes. The reasoning hasn’t changed much: seeding all young people with assets at the start of their adult lives helps them start businesses, afford college, fund pensions or raise a deposit for a home.

An endowment at birth would compound in value over time, and to ensure today’s teenagers and twenty-something’s don’t lose out, governments could make immediate capital grants to young adults. A £10,000 “citizen’s inheritance” for each British 25-year-old would cost about £7bn yearly and at least double the wealth of more than 60% of young adults, the Resolution Foundation has estimated. Such endowments can be means-tested and ring-fenced to prevent the money being spent unwisely, if so politically desired.

One potential objection is that younger generations will eventually inherit massive wealth from their parents. But this misses the point as these inheritances won’t show up until millennials are themselves close to retirement. More importantly, the receipts won’t be shared equally: the median white US household has nearly eight times more wealth than the median black family. Hence, the baby-bond plans being implemented by a growing number of US states are also a crucial tool to address the racial wealth gap. Senator Cory Booker of New Jersey has pushed to build on these efforts at the federal level.

Nevertheless, “trust funds for all” can help strengthen support for capitalism among those without capital or rich parents and is a step towards repairing inter- and intra-generational inequality. It’s the least we could do after a pandemic that’s been hard on almost everyone.

Everyone from Morgan Stanley to Sumitomo Mitsui Trust Asset Management to Lombard Odier predict a stronger greenback in 2022 - with the caveat that ...
Markets
7 months ago

Investors concerned about climate change and social justice had a bumper year, successfully pushing firms and regulators to make changes amid record ...
Companies
7 months ago