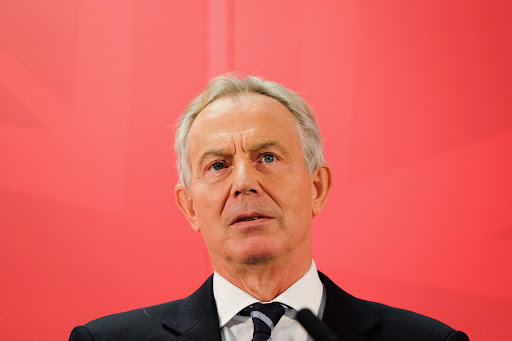 The controversy over Tony Blair’s knighthood confirms that trust is key when it comes to political figures. Picture: BLOOMBERG

By the time Brits returned from the long New Year’s weekend, well over 600,000 people had signed a petition seeking to deny former UK prime minister Tony Blair the knighthood he was awarded in the queen’s New Year’s honours list.

Blair hardly needs a “Sir” to secure his place in history. He won three successive elections (two by landslides), the only leader in Labour Party history to do that. He veered his moribund party away from a bankrupt ideology of nationalisations and high taxes. He built schools and hospitals, instituted the minimum wage, expanded gay rights, brokered peace in Northern Ireland and presided over uninterrupted economic growth.

He also forged a close partnership with two American presidents from opposing parties. To many outside Britain — and certainly to many Americans, given his stature in the US — denying him an honour now seems a tad ungrateful. Why so much hate?

If this were an exam question requiring a one-word answer, it would be, of course, Iraq. The petition accuses Blair of “war crimes”, which says something about the depth of animosity many Brits still feel about the 2003 intervention to overthrow Saddam Hussein. It was an unpopular war, prosecuted on faulty intelligence of weapons of mass destruction (WMD) and peddled to the British public through Blair’s silky communications skills.

The misleading presentation to the UN by president George W Bush’s highly respected secretary of state, Colin Powell, on Iraq’s purported WMD stocks was ultimately what convinced many of the case to go to war. But the British prime minister’s support was key to ensuring a measure of multilateral backing. For that he was derided as Bush’s “poodle”. Americans may have appreciated his loyalty, but for many Brits, such subservience for what they saw as so unjust a cause was unforgivable.

While Americans remained divided on Iraq (with 45% saying it was a mistake, compared to 59% of Brits a decade after the intervention), their sentiment was not like the British sense of betrayal and anger. Perhaps Americans agreed with Blair that even if the intelligence was wrong, history would forgive them for removing so depraved a dictator. Either way, Blair enjoyed a reputation abroad that he could only dream of at home in the years after he left office.

Can the Iraq war alone explain the depth of animosity so many Brits still feel towards Blair? After a seven-year-long inquiry into the intervention, John Chilcot indeed found that Blair made his case for war “on beliefs, not facts”. But he did not uphold the most serious and persistent accusation against Blair — that his deception was deliberate.

Yet, like Americans who see red when it comes to Bill and Hillary Clinton, such nuances don’t cut it with Blair’s detractors. Their minds were made up long ago. Some of the anger is classic displacement. The left-most wing of Labour resents Blair for stripping them of their status and changing their party, while he’s hated by many Conservatives for stealing some of Margaret Thatcher’s free-market clothes and keeping them out of power for a decade.

There is an argument that the Blair (and Clinton) derangement syndrome signifies an entrenched distrust of moderate politicians who proclaim a brand of “new” party politics. Their rejection is a sign of our hyper-polarised world. Consider how the backlash against former presidential candidate and first lady Hillary Clinton prefigured the rise of Donald Trump. In the same way, Boris Johnson was the ultimate foil to Blair’s New Labour project, and Brexit seemingly the final nail in the coffin.

But an abandonment of the centre isn’t a very satisfying explanation either for views towards Blair. Keir Starmer has put the Labour Party back into Blair territory and Johnson has brought his party to the left on economic policy. The US is more complicated and more fragmented, but the big problem with Hillary Clinton was never that she was too centrist so much as that she was never sufficiently trusted.

A politician seen to lack competence and trustworthiness becomes not just a disappointment or even a liability, but a threat. Blair, it must be said, did himself no favours early in his post-premier career, earning hefty consulting fees from advising foreign dictators on top of the usual lucrative speaking circuit. Once people decided they couldn’t trust Blair, everything he did became a confirmation of their conviction.

That’s a shame, really. Blair was a significant figure in British politics who deserves recognition for what he achieved, despite his failings. Indeed, parts of Johnson’s own levelling-up agenda and attempts to reach across political boundaries echo the Blair playbook. And in a sort of third career as a policy wonk, he has contributed thoughtfully to debates on a range of issues from Brexit to vaccines to the withdrawal from Afghanistan. Work from his Tony Blair Institute for Global Change has often led the policy debate during the pandemic.

The current spat over Blair’s appointment to the Most Noble Order of the Garter — the oldest chivalric order anywhere — may seem much ado about an anachronistic tradition. But it carries symbolic heft: among the members of the order, directly chosen by the queen (and not to number more than 24), 68-year-old Blair is the youngest and remains at the forefront of policy debate. It raises his profile and gives him an elevated platform. His non-profit work and advocacy may yet earn him new admirers even if he can’t win back some of the trust lost during his years in office. It will no doubt fuel the occasional chatter about a comeback to politics.

That makes the queen’s gambit in knighting Sir Tony much more than just payment for services rendered. Johnson — not yet a Sir — aspires to at least match Blair’s longevity and better his policy record for radicalism and results. As a communicator, he is in his own league. But he is now fumbling badly. As the debate around Blair’s legacy shows, trust, once lost, is rarely regained. Admiration and adulation can quickly turn to anger.

Powell, the first black US secretary of state, died at 84 due to complications from Covid-19
World
3 months ago