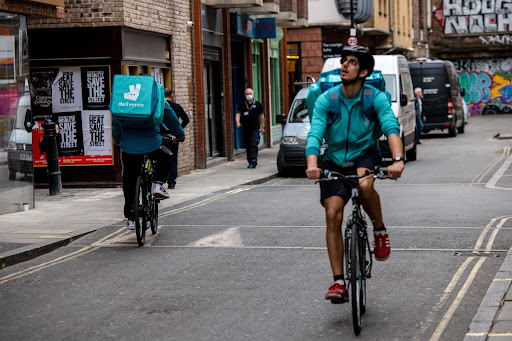 The IPO market overheated in the first quarter of 2021 and investors are still suffering. Picture: BLOOMBERG

The first quarter of 2021 was a boom time for initial public offerings (IPOs), as investors lapped up whatever new stock was put in front of them with seeming disregard for the price they were being asked to pay. The result? A crop of new stock listings that subsequently struggled to convince the wider market of their value, and have performed poorly since going public. Having been burnt, IPO investors should be expected to drive a harder bargain with bankers in 2022.

It’s clear that buyers of new issues could have been more demanding when it came to the discount that’s meant to apply to IPOs. The idea is that a cheap valuation relative to already listed peers compensates for the riskiness of buying an unproven stock that has no trading history.

Look at Europe’s vintage: only four of the IPOs that raised more than $500m in the first quarter have outperformed the Stoxx Europe 600 index. In the US, there were 24 deals that raised more than $500m and only nine have done better than the Russell 2000 index, itself a somewhat disappointing performer in 2021. The rest are down between 3% and 80%. Just six beat the soaraway S&P 500.

True, it looks as though investors became more cautious about IPO valuations in the second quarter.

Large European new issues that began trading from April to June are up about 25% on average, and the majority have beaten the Stoxx Europe 600 index. In the US, the good and bad performers among the second-quarter IPOs are more evenly balanced. Only half of the 26 new issues of $500m-plus from this period have beaten the Russell 2000, though most of these have beaten the S&P 500 too.

The third-quarter data is more encouraging. So far, the majority of US and European IPOs from July to September have traded up, at a time when markets have risen less smoothly. But it’s probably too early to draw meaningful conclusions from this later vintage.

There are structural reasons for a splurge on IPOs at the beginning of the year. Come November and December, asset managers are likely to be more wary of taking the risk on an untested stock that might drag down their fund’s annual returns. Come January, the appetite to take a punt will be stronger. And last year, investors were looking forward to the rollout of vaccines against Covid-19 and were relieved that Europe and the UK had achieved a separation without causing total chaos.

But the market for new issues clearly got too hot 12 months ago, with IPO discounts all but disappearing. Companies looking to list in 2022 will be hoping investors have short memories when it comes to pricing the next crop.

• Chris Hughes is a Bloomberg Opinion columnist covering deals. He previously worked for Reuters Breakingviews, as well as the Financial Times and the Independent newspaper.

Bloomberg
More stories like this are available on bloomberg.com/opinion

The company could raise $500m in a listing, which would reportedly consist largely of new shares
News
7 months ago