CONOR SEN: Is now the time to buy your first luxury EV?

By 2028, makers will want affluent vehicle buyers to believe that gasoline-powered cars are as cool as floppy disks or having a landline 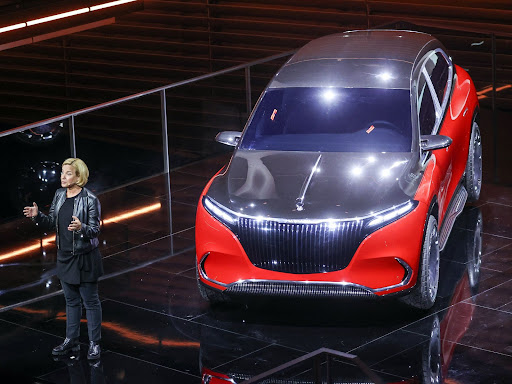 The value calculation is moving in favour of high-end EVs, especially as demand for gasoline-powered vehicles fades. Picture: BLOOMBERG

Automakers have spent the past year announcing plans for electric vehicle models and production facilities. That makes 2022 a year when growing numbers of consumers will be weighing whether it’s time to buy their first EV. Is it worth taking the plunge?

That probably depends on the price point and market segment you’re considering. My view is that the higher your price point, the more you should think about buying an EV now rather than waiting another couple years. Here’s a couple reasons why: First, automakers are launching their higher-end models before down-market ones, so the selection is better at the top end. There’s also the tricky proposition of thinking through residual values for used vehicles in the future — demand for gasoline-powered cars will be shrinking, so buying a new one now means it will be worth a lot less by the time you’re ready to trade up.

It’s important to keep in mind that much of consumer behaviour stems from automakers’ actions. Manufacturers have got the message from investors that they'll be rewarded for accelerating the transition to electrics, while profits from gasoline-powered vehicles will serve mostly to fund those investments. The major automakers, following Tesla s lead, are starting with higher-end models both because that’s where consumer demand is strongest and because it’s easier to be profitable at higher price points while sales volumes remain far below gasoline vehicles.

Adding to temptation for consumers, industry tastemakers are giving these new, pricey EV models high marks. MotorTrend magazine named Rivian’s $74,000 (R1.17m) R1T its truck of the year, and the even more expensive Lucid Air its car of the year. Both vehicles recently started consumer deliveries and have lengthy waiting lists.

Maybe you’re impressed by what you’ve seen so far, but would rather wait a little longer until EV infrastructure like charging stations are more built out. But the value calculation for buying any new vehicle includes what it will be worth years later when you’re ready to trade it in or sell it. The average length of time drivers hold onto new vehicles is six years. So if you’re buying a new vehicle in 2022, you should be thinking about the market for used cars in 2028 or later.

The demographics of electric vehicle owners look a lot like Tesla CEO Elon Musk: on average, male, 40 to 55 years old, with an annual household income of more than $100,000. My colleague Nat Bullard recently posted some additional tables on EV buyer demographics. The percentage of new vehicles sold in the US that are electrics in 2022 might still be in the single digits, but for this demographic it will be well above that.

Looking out to 2028, when the overall market share of EVs in the US might be as high as 30%, the majority of affluent younger and middle-aged consumers might be purchasing electric cars and trucks. That’s going to have a big impact on the value of used, gasoline-powered vehicles, with fewer buyers in every passing year.

While there might still be a robust market for used Honda Accords in 2028, it will probably be a more tenuous market for used gasoline-powered $40,000 sedans and sport utility vehicles as people in that segment switch over to EVs.

Meanwhile, though it’s still early in its vehicle history, the market for used Tesla Model 3s has been robust. The cumulative impact of advertising campaigns shouldn’t be overlooked either. Automakers aren’t investing tens of billions of dollars into EVs only to have them sit in factories and dealer lots. They’ll also use ad campaigns to make consumers believe that they’re tech savvy, forward-thinking companies. By 2028, automakers will want affluent vehicle buyers to believe that gasoline-powered cars are as cool as floppy disks or having a landline — the kind of thing your grandpa still has in his house.

What about cost? In a recent research note, Goldman Sachs pointed out that some segments of the EV market are already cost-competitive versus gasoline-powered vehicles after fuel and maintenance costs are factored in. Savings worked out to about $1,000 a year using a gasoline price per gallon of about $3, so buying a $60,000 EV breaks even compared with a $55,000 gasoline-powered vehicle after about five years.

And that’s before taking tax incentives into account. It’s hard to make a generalised point here because different states have different incentive levels, and at the national level an automaker like Tesla has used up its allotment of incentives while other automakers that haven’t sold as many EVs to date still have some available. The proposed Build Back Better Act, currently stalled in the Senate, could include new incentives of $7,500 a vehicle or more, but we’ll have to see in the new year whether that line item or the legislation as a whole becomes law. Still, even a scaled-down version of that proposal would make the financial rationale for buying an EV now much stronger.

A fair concern to have is the uncertainty surrounding the longevity and standards of the batteries that power electrics. Batteries do degrade somewhat over time — a Tesla Model S battery loses 5% of its charging capacity after its first 50,000 miles — but EV batteries are estimated to last between 10 and 20 years before needing to be replaced.

It’s also possible that technological breakthroughs will lead to a fundamentally different kind of battery powering vehicles in the future. On some level it’s weighing the uncertainty of changes in batteries against the certainty that the market for gasoline-powered vehicles will decline perpetually.

For utilitarian, budget-conscious car buyers, there's still reason to be confident that a new gasoline-powered vehicle bought in 2022 will retain a decent value in the used market towards the end of the decade. But for affluent consumers, it’s less of a sure thing. Those high-end buyers who are thinking about waiting a little while longer to make their next vehicle an EV should consider going ahead with it in the new year.

For the entire industry, analysts expect improved access to semiconductors and increased vehicle production this year
Companies
3 weeks ago

The better-than-expected fourth-quarter results pushed Tesla’s total sales for the year to more than 936,000, up about 87% over 2020’s deliveries of ...
News
3 weeks ago