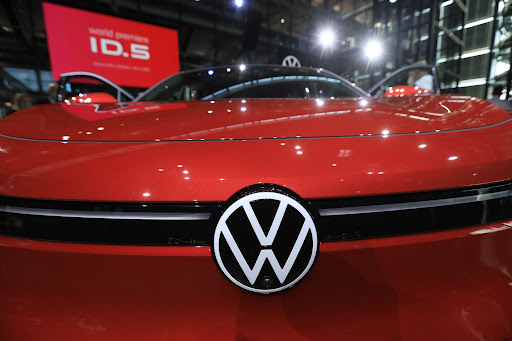 Volkswagen (VW) CEO Herbert Diess has one of the hardest jobs in the global auto industry. He oversees more than 600,000 employees, 10 brands and 120 factories — not to mention VW’s office politics are frequently frightful. In return for dealing with all this, he earns about €10.5m ($11.9m).

Is that a lot? I thought so, until I learnt that Jagdeep Singh, the boss of California’s electric vehicle battery start-up QuantumScape, will get stock options potentially worth $2.3bn if he meets various operational and stock price targets in the next 10 years.

There’s no guarantee he’ll get anywhere near that much of course, but it’s a gargantuan sum, especially for a company that has only about 500 employees and doesn’t generate revenue yet. QuantumScape is developing a lithium-metal solid-state battery for electric vehicles, which it says will provide much better range and faster charging than existing chemistries. However, it’s yet to deliver a full-sized prototype and not everyone’s convinced it will succeed.

I mention Diess because VW owns 20% of QuantumScape and is thus its largest shareholder. And this week VW representatives voted to approve Singh’s bonus plan at QuantumScape’s shareholder meeting, along with an “overwhelming” majority of other investors.

One obvious conclusion is that either Diess needs a raise, or QuantumScape’s CEO and co-founder is paid far too much. The size of the award is “staggering”, as proxy adviser Glass Lewis suggests. But on closer inspection, the targets Singh and fellow managers must reach to get the full amount are very ambitious, and the plan at least rewards real achievement rather than factors beyond the CEO’s control.

In Germany, an executive who earns more than €15m annually can expect to trigger a public debate about the inequities and excesses of corporate pay. But in the US, nine- and 10-digit executive pay packages are becoming a familiar feature. Perhaps we should thank Tesla’s Elon Musk and his giant “moonshot” award potentially worth tens of billions of dollars. The founder of rival Rivian Automotive could get a $14bn windfall.

Explaining the thinking behind its “extraordinary performance award program,” QuantumScape’s directors acknowledged reviewing “similar long-term compensation proposals adopted by other public companies”. And achieving QuantumScape’s goal to accelerate the transition away from fossil fuels requires top managers to “remain dedicated to the company throughout the decade and that the organization be inspired to ‘think big’,” they further explained in the shareholder letter.

Arguably, Singh requires nothing more to motivate him. Besides a doubtlessly sincere desire to boost market adoption of electric vehicles and thereby save the planet, he already has a claim to 32-million shares that are worth about $735m. If the technology does what he promises, he’ll become a billionaire without any extra compensation.

At least the goals he’s been set are challenging: The plan will pay out in full only if Quantumscape hits various production, sales and market-share milestones and if the stock price increases 13-fold. This implies reaching a $125bn market capitalisation, which isn’t far off VW’s current value. If he does all that, other shareholders won’t mind being diluted. The total shares potentially issuable to Singh and other managers are equivalent to 4% of shares currently outstanding.

The five share price hurdles he must reach apply to the average closing value during 120 trading days, thereby ensuring the plan won’t pay out if the shares spike only briefly, unlike some bonus plans I’ve reviewed. Linking the share price trigger to actual business achievements is also good practice, as Singh must first achieve the operational milestone before the stock price will even be considered.

This is quite a sensible approach. In the meme-stock era, stock prices can soar temporarily for reasons that have nothing to do with good management or business performance.

QuantumScape knows this well. After completing a special purpose acquisition company merger in November 2020 that valued it at $3.3bn (excluding cash), its market capitalisation soared to almost $50bn the following month when giddy retail investors piled into the stock. But the value has since fallen more than 80%, as more shares became available for trading, it dawned on investors that QuantumScape faces competition and a short-seller raised doubts about the company’s technology. The short-interest remains high.

Singh now has a stronger financial incentive to prove his doubters wrong. And Diess has an argument for why he deserves a raise.