The EU’s approval of insects for human consumption paves the way for an alternative protein source that should play a critical role in feeding a hotter, more populous world 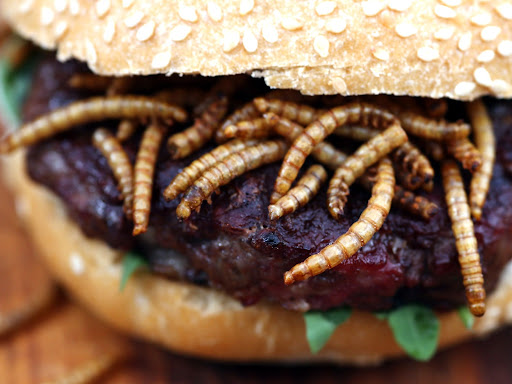 The EU’s landmark decision last week to approve insects for human consumption was a victory for grubs and maggots — and people — the world over. The approval confers a kind of dignity to the lowly, protein-rich microbeasts that we foolishly dismiss as pests, and delivers a clear signal that the insect proteins industry is poised for significant growth. Above all, it paves the way for an alternative protein source that should play a critical role in feeding a hotter, more populous world.

Before this triggers your gag reflex, let’s be clear: For most consumers, the EU decision won’t translate to bugs in your burgers and mealworms in your macaroni. Yes, insects will play a far more integral role in human food systems going forward, but they won’t likely be a direct form of protein. Instead, they’re becoming an increasingly valuable indirect food source — a feedstock for poultry, farmed fish, pork and beef which are currently fattened on environmentally costly soy and corn feeds.

Humans have been consuming edible insects — from crickets and grasshoppers to fire ants and termites — since before the dawn of civilisation, and 80% of the world’s population throughout Asia, Africa and Latin America, continues to eat bugs today. But US consumers have been slow on the uptake, even as the Food and Drug Administration approved insects for human consumption years ago. A niche market has emerged with snack foods such as Chirp Chips and Exo protein bars.  And when the FDA approved insects for pet foods earlier this year, brands including Purina began sourcing bugs for their products.

But the single biggest opportunity lies further down the food chain — as a game-changing ingredient in livestock feed. President Joe Biden’s FDA should make the necessary regulatory changes to clear the way for increased insect supply to animal feed markets.

In 2020, global investments in insect protein nearly doubled to about $475m and analysts expect the market to exceed $4.1bn in the next five years. A recent Rabobank report predicts that the 10,000 metric tonnes of insects currently farmed per year will soar to 500,000 metric tonnes annually by 2030.

The animal feed industry, meanwhile, is vastly bigger — expected to reach $460bn by 2026, up from $345bn in 2020. This sector relies heavily on water and carbon-intensive farming of grains at a time when the cost of agrochemical inputs are climbing and freshwater resources are becoming increasingly unreliable. Globally, animal farms consume more than a third of the world’s total grain production. In the US the share is closer to half. Insect-based animal feeds could be this industry’s best shot at building climate resilience, while also helping to manage a food waste crisis.

The environmental benefits of insect proteins both for human and animal consumption are astounding. Black soldier fly larvae, in particular, hold promise: Known in the industry by the acronym BSFL, these infant bugs serve as high-quality chicken and fish feed and require 1,000 times less land per unit of protein produced compared to soy production, between 50 and 100 times less water, and zero agrochemical inputs.

BSFL have a notable advantage in that they are fed with our food waste, which we rampantly produce, especially in the US . Every pound of larvae can munch through 10 pounds of methane-emitting food scraps, playing a significant role in keeping the organic waste out of landfills and reclaiming those nutrients so they can re-enter the food chain. Moreover, the larvae produce a valuable byproduct: their excrement is a fertiliser rich with nitrogen and microorganisms, capable of restoring soil quality and enhancing its carbon storage capacity.

Yet insect proteins remain a tiny fraction of the total animal-feed market, in large part because of cost: While a unit of poultry feed costs several hundred dollars and fish feed costs about $1,000, insect feeds can cost more than $2,000. As the industry scales up, these costs will rapidly decline, but the FDA must make key regulatory changes within the Association of American Feed Control Officials to help the industry expand.

AAFCO, which is currently managed among officials across states, should be more centrally organised under the FDA with a focus on reforms in three key areas: increasing the varieties of bugs that can be farmed (currently a small handful of species are allowed); expanding the uses for these insect proteins (now permitted only in certain pet foods and limited poultry and aquaculture applications); and, most notably, broadening the allowable feedstocks to raise these insects, which can currently only be fed pre-consumer food waste. Enabling insect farmers to utilise post-consumer food waste — of which Americans produce about 130-billion pounds (59bn kg) a year — would supercharge growth.

There’s no question that insect proteins can shift our food-system paradigm towards sustainability and that this incipient industry has huge economic and environmental potential. The EU has delivered a powerful vote of confidence — now investors and regulators need to help usher in this climate-smart future.

• Little is a Bloomberg Opinion columnist. She is a professor of journalism and science writing at Vanderbilt University, and the author of 'The Fate of Food: What We'll Eat in a Bigger, Hotter, Smarter World.'

1.
ANDREA FELSTED: US supermarket shelves are full ...
Opinion
2.
Energy firms must focus on ‘G’ in ESG factors
Opinion
3.
Not clear-cut six-love to Australia in Djokovic ...
Opinion
4.
Is it time to reclaim the occasional Friday?
Opinion
5.
CHRIS HUGHES: Unilever’s Alan Jope wants every ...
Opinion

1.
ANDREA FELSTED: US supermarket shelves are full ...
Opinion
2.
Energy firms must focus on ‘G’ in ESG factors
Opinion
3.
Not clear-cut six-love to Australia in Djokovic ...
Opinion
4.
Is it time to reclaim the occasional Friday?
Opinion
5.
CHRIS HUGHES: Unilever’s Alan Jope wants every ...
Opinion