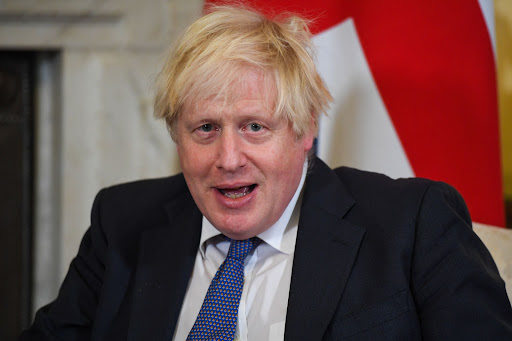 Video is a powerful thing. It was video footage that catapulted the police killing of George Floyd to international prominence. It was video of the starvation-weakened six-year-old British boy, Arthur Labinjo-Hughes, who was tortured and killed by his stepmother and father, that focused attention on domestic abuse, sentencing guidelines and the failings of child-protection services during the pandemic.

The video of a Downing Street press secretary joking with advisers about an apparent Christmas party during last year’s lockdown was different; it didn’t reveal some heinous crime. But it had the familiar effect of making inaction or denial impossible and catapulting a story to national prominence. It has also made Boris Johnson’s life a lot more difficult.

On Wednesday evening, Johnson announced a tightening of lockdown restrictions starting next week, including the reintroduction of work-from-home guidance, the use of face masks in most public indoor settings and a mandatory Covid pass for large venues. His chief medical and scientific advisers explained that cases of the Omicron variant are doubling every two to three days, and while it is mostly spreading among the young, there is a risk of a surge in hospital admissions in an already stretched National Health Service (NHS).

Those who believe the rules are justified — which includes most of the Labour Party — say the government’s credibility, and the public’s trust, have been undermined. Indeed, one poll showed that only 9% of people believed the prime minister’s denials. In a poll from Savanta ComRes, 54% said Johnson should quit. How can the government expect people to trust its guidance now?

Such challenges are fair. All week the government has denied reports that one or more Christmas parties took place at Downing Street during the height of lockdown restrictions last December, a time when the public was forbidden from meeting anyone outside their immediate family bubble and hospitals were full of Covid patients.

Not only did the leaked video of a mock press conference seem to confirm reports of a December 18 party the government had denied, it showed advisers making light of it. By Wednesday afternoon, hours after the video came out, Allegra Stratton, the government press secretary who ran the practice session, had issued an apology and tearfully resigned.

Which raises the question: why only her? In the video, Stratton says she hadn’t even attended the alleged party. What about others in the room who shared in the joke? What about those who were at the party? What about the prime minister, if he’s found to have misled parliament on the matter or, as alleged, sanctioned or attended other parties?

Johnson has now appointed his cabinet secretary, Simon Case, to investigate the December 18 party; the police have declined to get involved. Johnson could almost certainly put forth a mealy-mouthed defence. The lockdown rules, as many critics noted at the time, were both draconian and confusing. A work meeting could be allowed, but not a social gathering. Legal experts have also suggested the government could conceivably argue that the Public Health Act, under which all the regulations were put into law, exempts government premises as Crown property.

That doesn’t mean Johnson is out of the woods. One of Labour’s more effective attacks on the government has been the idea that there’s one set of rules for government insiders and another for ordinary people. Johnson stood by his one-time close adviser Dominic Cummings when he broke lockdown rules to bring his family closer to his parents; but there was widespread public anger and “Barnard Castle” — a tourist spot that Cummings visited at the time — has become a trope for establishment hypocrisy.

“It’s vital that from today, you minimise contact with people from outside your household,” the prime minister tweeted on the day that the alleged get-together at Downing Street was held. “Everyone must take personal responsibility to avoid passing the virus on to loved ones this Christmas.” There has been no “profound apology” from the prime minister to echo Stratton’s, just remorse over the video.

Johnson is hoping a resignation and an investigation will draw a line under matters, and it might for a time. Over the past year, I suspect many people have bent the rules. But Christmas 2020 was a grim national moment. Many families couldn’t see loved ones or even visit the dying in hospitals. NHS doctors and nurses were working around the clock, many of them falling ill with Covid. About 170,000 death certificates have Covid-19 listed on them, the majority after last November.

I suspect it isn’t the idea of a tipple among Downing Street staff that will offend Britons, but the casuistry and dissembling that reinforce the impression of two different standards at work, all captured in a video. Britons, Johnson said at Wednesday’s press conference, shouldn’t cancel their Christmas party plans this year. That’s a relief to many; but really, how could he have said otherwise?

1.
ANDY MUKHERJEE: Banking could meet the same fate ...
Opinion
2.
Google not final judge about whether computers ...
Opinion
3.
GARY SHILLING: Treasury yields are peaking — and ...
Opinion
4.
RHONDA VONSHAY SHARPE: This Juneteenth presents ...
Opinion
5.
Masayoshi Son has ‘no doubt at all’ and says ...
Opinion

1.
ANDY MUKHERJEE: Banking could meet the same fate ...
Opinion
2.
Google not final judge about whether computers ...
Opinion
3.
GARY SHILLING: Treasury yields are peaking — and ...
Opinion
4.
RHONDA VONSHAY SHARPE: This Juneteenth presents ...
Opinion
5.
Masayoshi Son has ‘no doubt at all’ and says ...
Opinion