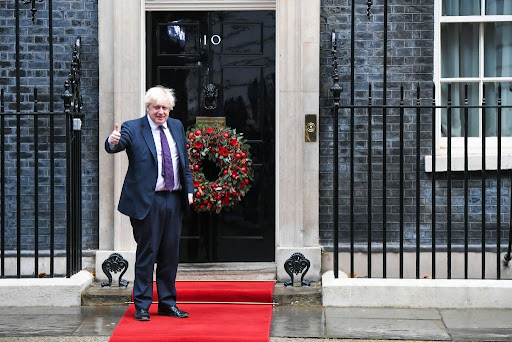 At the start of this year, the UK government set out a “route back to normality” based around vaccines, treatments and testing. Omicron is the first “variant of concern” to appear after we had relatively high levels of vaccination, a range of Covid-19 treatments and accessible rapid antigen tests. We are about to find out how much normality these feats of science have bought us.

With each new supervariant, will we shut down, soldier on or contend with a yo-yo of restrictions and liberations?

Boris Johnson is clear: party on. Christmas should go ahead “as normally as possible”, he has said repeatedly. “We don’t want people to feel they need to start cancelling things.”

But several of Johnson’s own ministers and scientific advisors disagree. Health Security Agency head Jenny Harries encouraged people to limit their holiday socialising. Peter Openshaw, a member of the government’s advisory group on respiratory virus threats, told a BBC audience that he would not feel safe going to a party indoors with people not wearing masks. (Johnson’s own ministers were embroiled in a bizarre public debate about, wait for it, snogging.)

It’s hard to imagine Johnson doing anything but blessing Christmas gatherings. After all, a couple seems to have taken place under his nose during last year’s ultra-strict lockdown. And after weeks of negative headlines questioning the prime minister’s competence and integrity, he is no doubt hoping festivities will help reset the mood.

Johnson is also thinking about the economy, which needs an injection of holiday cheer too. The trade group UKHospitality reported bookings at 30% below expectations even before Omicron arrived. But it says cancellations are slowing, so maybe Johnson’s encouragement is helping.

Anecdotally, there do not seem to be many cancellations in London, where restaurants and pubs are full. The real question is what happens after the holiday season is over.

Perhaps, as some have suggested, the conditions in Britain are not particularly advantageous for Omicron. The number of Omicron cases in Britain reached just under 250 by Sunday, which does not sound like a lot. But exponential spread picks up fast. Trevor Bedford, a scientist with the Fred Hutchinson Cancer Research Centre, calculates that Omicron (or its ancestor) emerged around October 1 and it has taken eight weeks of exponential growth to get our attention. That suggests that it will be perhaps be the end of January or early February before we really see the effects.

On Friday, Norwegian authorities reported that at least 13 people who attended a November 26 corporate Christmas party in Oslo have been infected with the Omicron variant (one person there had travelled from SA), and those numbers could rise to 100 cases.

The measures the UK has taken so far — including more masking and new travel rules — are relatively low-cost for most people, says James Johnson, a political adviser and former Downing Street pollster. But a ramping up of restrictions each time a threat appears could prove polarising in Britain, as it has been in the Netherlands, Belgium and elsewhere, though Brits are likely to accept restrictions if Omicron proves a serious threat to lives. There is also a contingent of Tory MPs who are strongly antilockdown and will resist any new restrictive measures.

Meanwhile, Britain is still fighting a low-grade war against Delta. Even before Omicron was detected in Britain, infection rates had been rising: cases per 100,000 people are higher in Britain than in most EU countries. Weekly hospitalisations in the UK are marginally higher than in France and Italy, though lower than in Germany. This has not translated into much public concern, perhaps because infections have been distributed disproportionately among young people and especially children. (In the week ending November 27, around 4.2% of children had coronavirus infections, compared to around 1.6% of adults.)

The rate of vaccination in the country has accelerated, with nearly 81% double-vaccinated and 35% having received a third dose or booster shot. Even so, Britain’s health-care system does not have the capacity to absorb extra pressures. About three-quarters of those occupying critical care beds with Covid-19 are unvaccinated and Covid-19 patients tend to stay longer in ICU than other patients.

With a National Health Service backlog of nearly 6-million people waiting for surgery, the government cannot afford to let Omicron rip as it essentially did for Delta when it lifted all restrictions in July. If it makes fewer people seriously ill but infects many more people, that is still extra pressure on hospitals during peak winter months at a time when medical staff are already facing high levels of burnout. No country’s Covid-19 response is any stronger than its health-care system.

Behind the questions over kissing, there is a serious question: has Britain done enough this year to really celebrate? If not, the bill might look sobering in a couple of months’ time.