Scientist Timnit Gebru has set up an AI research group one year after getting fired from Google, but she and others are fighting an uphill battle 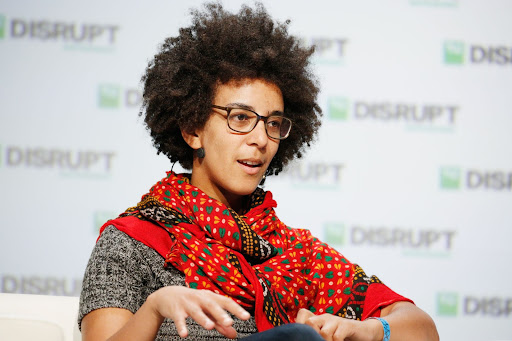 Scientist Timnit Gebru has set up an AI research group one year after getting fired from Google, but she and others are fighting an uphill battle. Picture: BLOOMBERG

Artificial intelligence isn’t always so smart. It has amplified outrage on social media and struggled to flag hate speech. It has designated engineers as male and nurses as female when translating language. It has failed to recognise people with darker skin tones when matching faces.

Systems powered by machine learning are amassing greater influence on human life, and while they work well most of the time, developers are constantly fixing mistakes like a game of whack-a-mole. That means AI’s future impact is unpredictable. At best, it will likely continue to harm at least some people because it is often not trained properly; at worst, it will cause harm on a societal scale because its intended use isn’t vetted — think surveillance systems that use facial recognition and pattern matching.

Many say we need independent research into AI, and good news on that came last week from Timnit Gebru, a former ethical AI researcher at Alphabet’s Google. She had been fired exactly a year ago after a dispute over a paper critical of large AI models, including ones developed by Google. Gebru is starting DAIR (Distributed AI Research) which will work on the technology “free from Big Tech’s pervasive influence” and probe ways to weed out the harms that are often deeply embedded.

Good luck to her, because this will be a tough battle. Big Tech carries out its own AI research with much more money, effectively sucking oxygen out of the room for everyone else. In 2019, for instance, Microsoft invested $1bn into OpenAI, the research firm cofounded by Elon Musk, to power its development of a massive language-predicting system called GPT-3. A Harvard University study on AI ethics, published last week , said that investment went to a project run by just 150 people, marking “one of the largest capital investments ever exclusively directed by such a small group.”

Independent research groups like DAIR will be lucky to get even a fraction of that kind of cash. Gebru has lined up funding from the Ford, MacArthur, Kapor Center, Rockefeller and Open Society foundations, enough to hire five researchers over the next year. But it’s telling that her first research fellow is based in SA and not Silicon Valley, where most of the best researchers are working for tech firms.

Google’s artificial intelligence unit DeepMind, for instance, has cornered much of the world’s top talent for AI research, with salaries in the range of $500,000 a year, according to one research scientist. That person said they were offered three times their salary to work at DeepMind. They declined, but many others take the higher pay. The promise of proper funding, for stretched academics and independent researchers, is too powerful a lure as many reach an age where they have families to support.

In academia, the growing influence of Big Tech has become stark. A recent study by scientists across multiple universities including Stanford showed academic research into machine learning saw Big Tech funding and affiliations triple to more than 70% in the decade to 2019. Its growing presence “closely resembles strategies used by Big Tobacco,” the authors of that study said.

Researchers who want to leave Big Tech also find it almost impossible to disentangle themselves. The founders of Google’s DeepMind sought for years to negotiate more independence from Alphabet to protect their AI research from corporate interests, but those plans were finally nixed by Google in 2021. Several of Open AI’s top safety researchers also left earlier this year to start their own San Francisco-based company, called Anthropic, but they have gone to venture capital investors for funding. Among the backers: Facebook co-founder Dustin Moskovitz and Google’s former CEO Eric Schmidt. It has raised $124m to date, according to PitchBook, which tracks venture capital investments.

“[Venture capital investors] make their money from tech hype,” says Meredith Whittaker, a former Google researcher who helped lead employee protests over Google’s work with the military, before resigning in 2019. “Their interests are aligned with tech.”

Whittaker, who says she wouldn’t be comfortable with VC funding, cofounded another independent AI research group at New York University, called the AI Now Institute. Other similar groups that mostly rely on grants for funding include the Algorithmic Justice League, Data for Black Lives and Data and Society.

Gebru at least is not alone. And such groups, though humbly resourced and vastly outgunned, have through the constant publication of studies created awareness about previously unknown issues like bias in algorithms. That’s helped inform new legislation like the EU’s upcoming AI law, which will ban certain AI systems and require others to be more carefully supervised. There’s no single hero in this, says Whittaker. But, she adds, “we have changed the conversation.”

Parmy Olson is a Bloomberg Opinion columnist covering technology. She previously reported for the Wall Street Journal and Forbes and is the author of 'We Are Anonymous.'

PARMY OLSON: Sneer at Facebook’s oversight board if you must, but it is making ...

PARMY OLSON: Sneer at Facebook’s oversight board if you must, but it is making ...