Employers might want to act more like UPS when it comes to their workforce, particularly to the extent they believe the days of loose labour markets are over 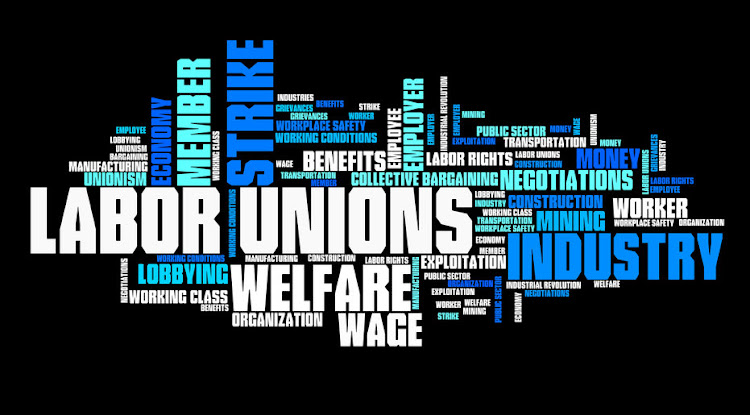 Elevated labour turnover has contributed to a lot of the challenges for businesses in 2021, with direct and indirect costs that affect their bottom lines and make them less able to fulfil demand at a time when the whole economy is struggling with supply chain issues.

The monthly US Job Openings and Labor Turnover Survey provides one view of the quits rate. It measures the number of people who have left their jobs each month. In September, 4.4-million Americans quit their jobs, the most on record. Prior to the pandemic, the monthly rate was closer to 3.5-million. That's 3% of all US workers quitting their jobs in a single month.

And that's an expensive proposition for companies. When a lower-paid employee such as a fast food worker quits their job, the cost to the business — everything from hiring and training a replacement worker to lost revenue while the position is unfilled — might be a few thousand dollars. For higher-paid workers with more specialised skills, the cost can be in the tens of thousands of dollars.

Even that can understate the effect of high turnover. As we've seen with automobiles and semiconductors, missing a key critical component can shut down production for an entire business line. The same is the case when it comes to workers — a sales director probably can't do software development and vice versa. Additionally, if lots of workers at a business are quitting it can negatively impact employee morale, leading to more turnover. That might force a company to offer retention bonuses or raise wages to keep the staff happy.

It's hard to know what a healthy level of labour market turnover would be in the aggregate, but if it were three million quits per month — roughly the level in the US in 2017 — then we're 1.4-million quits per month above that. If the average cost of a worker quitting economy-wide is $7,500, then that's an extra cost to US business of $10.5bn a month, or more than $120bn a year.

Businesses will want to reduce that cost the same way they work to get other costs down. And for that, United Parcel Service is worth a look.

Drivers and warehouse workers are two types of employees that have been in high demand in 2021, as companies ranging from UPS and Amazon to Target and Instacart try to meet consumer demand for shipping and delivery. UPS, because it has a unionised labour force, has had lower labour turnover and more consistent staffing in 2021 than some of its non-unionised competitors such as FedEx.

Unions aren't always a good deal for employers — they often entail higher labour costs and less flexibility than non-unionised labour arrangements, which is why many companies tend to fight unionisation. But in this economy and labour market, UPS’s unionised labour arrangement has served the company well, while its competitors deal with understaffing and high turnover.

That suggests that as employers wrestle with turnover dynamics, they might want to act more like UPS when it comes to their workforce, particularly to the extent they believe the days of loose labour markets are over.

This is not something all employers will or should consider — the quits rate in the financial sector, for instance, is not very high, and neither banks nor their well-paid staff are likely to be particularly interested in unionisation. But drivers, fulfilment centre workers, hospitality workers — these are roles in industries that don’t have any easy solutions to their labour challenges unless mass automation turns out to be a viable option.

Progressive activists are always pushing for unionisation on ideological grounds — they believe it’s pro-worker, will reduce inequality, and create politically-powerful interests they can use to exert power. Employers, on the other hand, are wary about agreeing to something that will reduce their profitability, or cede bargaining power to their workforce. But different economic environments call for different kinds of business models, and right now, the UPS unionisation model looks like a winner for both company and employees alike.

At a heated high-level meeting this week, it was the labour federation’s affiliates in the retail and manufacturing sectors vs the public servants
Opinion
1 month ago
Next Article