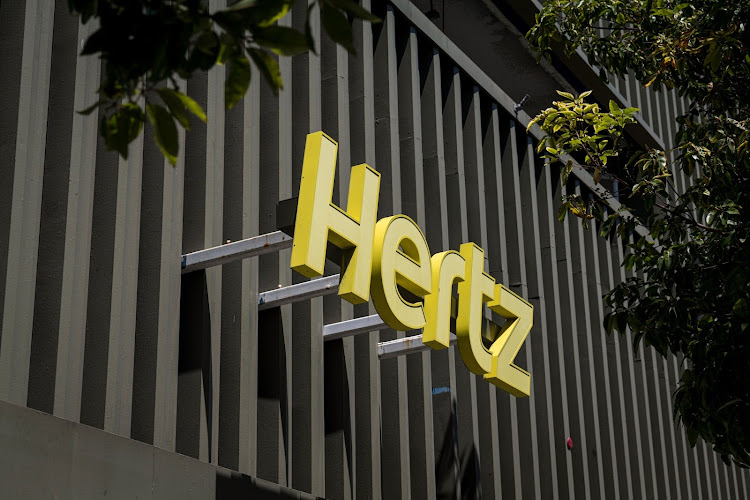 Kate Klonick walked up to a rental counter in Brooklyn, New York, the Sunday before Thanksgiving and was told she might not get the car she had reserved for $414.93. She was on time, but there was a long queue and the attendant told most of those waiting that they would not get cars.

When Klonick’s partner called Hertz to share the couple’s predicament, he was told to go to a different location where another car was waiting, for $1,800. Ultimately, Klonick struck back by providing Hertz, its investors and aggrieved consumers everywhere with a masterclass in the rewards of relentless self-advocacy.

Klonick, a law professor who writes about social media and digital commerce, was well prepared for her encounter and handled it with extraordinary patience, humour and steel. She detailed her travails on Twitter, and on Wednesday afternoon her tale went viral, apparently getting Hertz to finally pay attention.

She wondered on Twitter how her grievances would have been resolved if the social-media platform had not erupted.

“I really did it because this was not just poor customer service or bad logistics,” Klonick noted on Twitter. “It was extortion.”

“A number of their employees shared that this happens all the time, and I suspect it is by design to force higher payment when customers are most vulnerable,” she said. “I also suspect the Kafkaesque customer service is part of this.”

A spokesperson for Hertz, which also operates the Dollar and Thrifty rental brands, told me that the company “cares deeply about our customers and we regret Ms Klonick’s experience, which does not reflect our standards of service”.

Klonick is hardly alone, however. A raft of strange and recurrent consumer complaints suggests that Hertz has work to do if it hopes to overcome years of corporate problems and financial woes.

Two investment firms, Knighthead Capital Management and Certares Management, bought Hertz out of Chapter 11 bankruptcy protection in May, after its stock had enjoyed an improbable run as a meme stock. Yet the company still seems flummoxed by customer service.

More than 160 former Hertz customers from several states have sued the company for having them arrested after allegedly filing false stolen car reports. Hertz has said that most of the cases involve renters who had missed deadlines for returning cars and had stopped communicating with the company.

But one customer who was wrongly imprisoned for three months for theft said that Hertz went after him so aggressively that his reputation was left in tatters. A lawyer for one plaintiff contended that Hertz did not properly track its fleet and instead used theft reports and the criminal justice system as a “repo service”. Hertz disputed those characterisations.

At the other end of the spectrum are claims of padded costs and gross nuisances.

One renter told the Los Angeles Times last summer that Hertz levied a $400 smoking surcharge on his rental even though he was a non-smoker. The paper said “numerous others” had the same problem.

It also reported that one customer was told her car had been cleaned but her niece found a used condom on the floor. After she complained, the company offered a $100 credit, but later slapped on a $75 cleaning fee for dog hair in the car. She said she did not have a dog in the vehicle.

Hertz told the Times that it stood by its actions. A Facebook group, “Hertz Rent-a-Car Sucks”, offers an array of other complaints and a forum “for people who have received terrible service, cars in dangerous condition, or both from perhaps the worst car rental company in America”.

After declining to accept the $1,800 swap, Klonick and her partner waited two hours but still did not get a car. “There are only three of us left,” she says she and others said, while unsuccessfully brandishing $20 tips. “Please give us cars.”

Klonick’s trip was important. She and her partner were driving to see his mother in western New York State so she wouldn’t be alone on Thanksgiving. They also had their blind, deaf and elderly rescue dog with them.

At one point Hertz suggested she try to get a car at LaGuardia Airport. There, the cost would also be $1,800. Nevertheless, the trio took an Uber to the airport to try to negotiate, but Hertz stuck by the higher price. They went home in another Uber.

There, Klonick contacted customer service for the 14th time and pointed out that the company was violating the terms of the contract it had signed with her. They offered her a car for the next morning, but when she arrived bright and early at another Hertz office in Brooklyn, she was told she had been wait-listed; only 17 cars were available, and 20 reservations were booked. Hertz suggested she try her original rental office.

“There we stood on a Monday morning, 8am, two [Hertz] employees, me, my partner, six bags and a shaking old, blind, deaf dog in a pandemic the Monday before Thanksgiving,” Klonick wrote on Twitter. She took note of a large sign in the office describing the consumer protections New York City guaranteed her, with a phone number to call.

She also got a useful bit of intel from one of the Hertz employees. The agent said her original rental may have been denied because that location was “overbooked and they ran out of cars.”. That “happens all the time,” the agent told her. “Customer service has no idea of our inventory, and no-one ever picks up the phones at the desks.”

Klonick waited. She was eventually offered a defective car with a nearly empty fuel tank, dirty cup holders and pet hair on the back seat for $943. She took it, and gave the agents a bottle of wine in gratitude.

Then, as her partner drove, she drafted a letter to Hertz accusing the company of extortion and promising to report her experience to state and local agencies. She threatened to file a complaint in small claims court if Hertz did not make her whole on her added costs. She thought about a class-action suit.

When she sent her missive to Hertz’s consumer services website, she got a message that it was not received due to an “internal service error.”

After Klonick posted all of this on Twitter instead, Hertz called. The company gave her an “executive” email to use in the event of future problems and said it would refund her extra costs. On Wednesday afternoon Klonick still had not received a refund.

Hertz insists it has made Klonick whole. “We have spoken with her to apologise and refunded the rate difference,” a company spokesperson told me, without saying whether it had also refunded her other costs.

“We are investigating the situation to better understand what occurred so we can take any necessary corrective actions.”